The U.S. Army Corps of Engineers is assessing the potential impacts of flooding along Beaver Lake. However, a few people want this study to end. 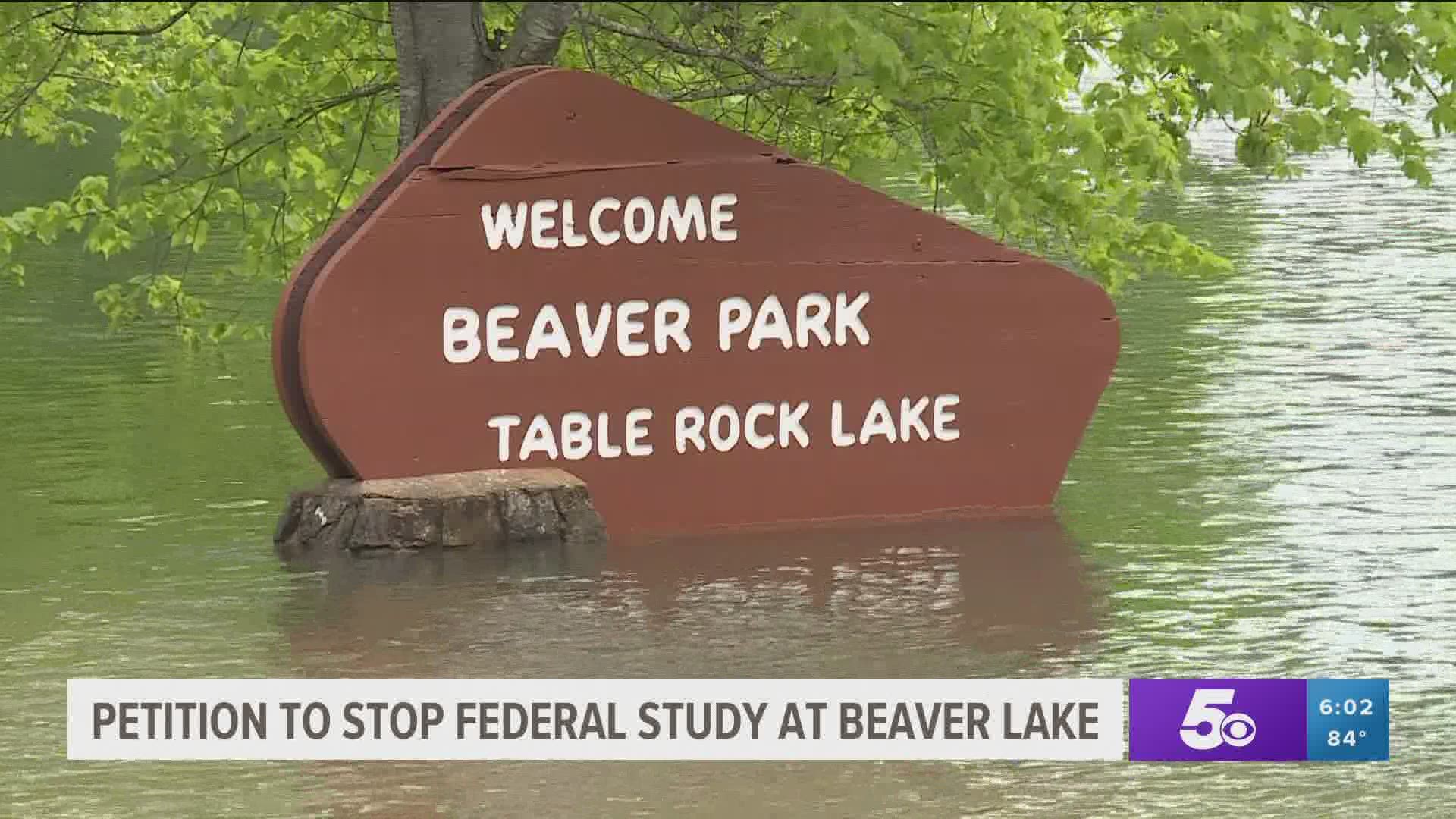 BENTON COUNTY, ARKANSAS, Ark. — The U. S. Army Corps of Engineers is in the early stages of a study at Beaver Lake. It aims to assess the potential impacts of flooding along the lake. However, a few people want this study to end.

The corps of engineers is in the early stages of assessing the potential impacts of flooding along Beaver Lake. To do this, they’re looking to possibly purchasing some land around the lake.

When the lake was built in the 50s, the corps was allowed to purchase land up to an elevation of more than 11-hundred feet. But they weren’t able to buy all the land needed at that time.

“If they end up acquiring that. We’re concerned about what that might do to our business. Are we still going to be allowed to conduct business? Are there are we going to have to alter any of the walkways or modifications we made over the years?” said Guy Schiavone, general manager of War Eagle Cavern. Continuing saying, “It’s a big concern. There’s a lot of questions that we have, and nobody seems to know.”

U.S. Army Corps of Engineers Chief of Public Affairs Jay Townsend says, “The corps of engineers need this land because we’re doing everything we can to protect the flood control pool.”

“Over the last 50 years, we’ve discovered multiple areas around the lake where we did not purchase to the correct elevation. What this has done is put water on private property. We’re going back in now to study the impacts of buying that property and rectifying some of those delinquencies,” said Townsend.

Some don’t understand the point of the possible land purchase. Saying the lake has flooded several times since the 50s.

“This doesn’t make sense. Why are they waiting until now to do this? The lake has been there since the 60s, and these areas have always flooded,” said Schiavone.

A petition to stop the purchase calls the study "unnecessary."

Schiavone saying, “People have built things all around the lake. There are businesses. There are homes. So, if they come in and just start taking this land for no reason, then it could end up under a foot of water.”

The corps says it wants to prevent future development from nearby areas to control where floodwaters end up.

“It’s going to allow them to sell that land back to the government. So, they don’t have land that they can’t use,” said Townsend.

The Army Corps is giving current property owners two options. The first is to have their land purchased by the government. The second is called “flowage acquisition.” “Which allows us to flood the land but allows them to keep it,” said Townsend.

The corps said it’s not interested in pushing eminent domain on property owners. Townsend saying, “We want you to know that that’s going to be our last option. When all other negotiations fail.”

Although owners have options, it's leaving some with multiple questions.

The army corps of engineers is allowing time for public input and comment until June 10.

The corps tells 5NEWS they will address each owner’s decision on a case by case basis.