Morrell Targets caught fire sometime around 6 a.m. Friday and Alma firefighters say the fire is out but it’s still smoldering. 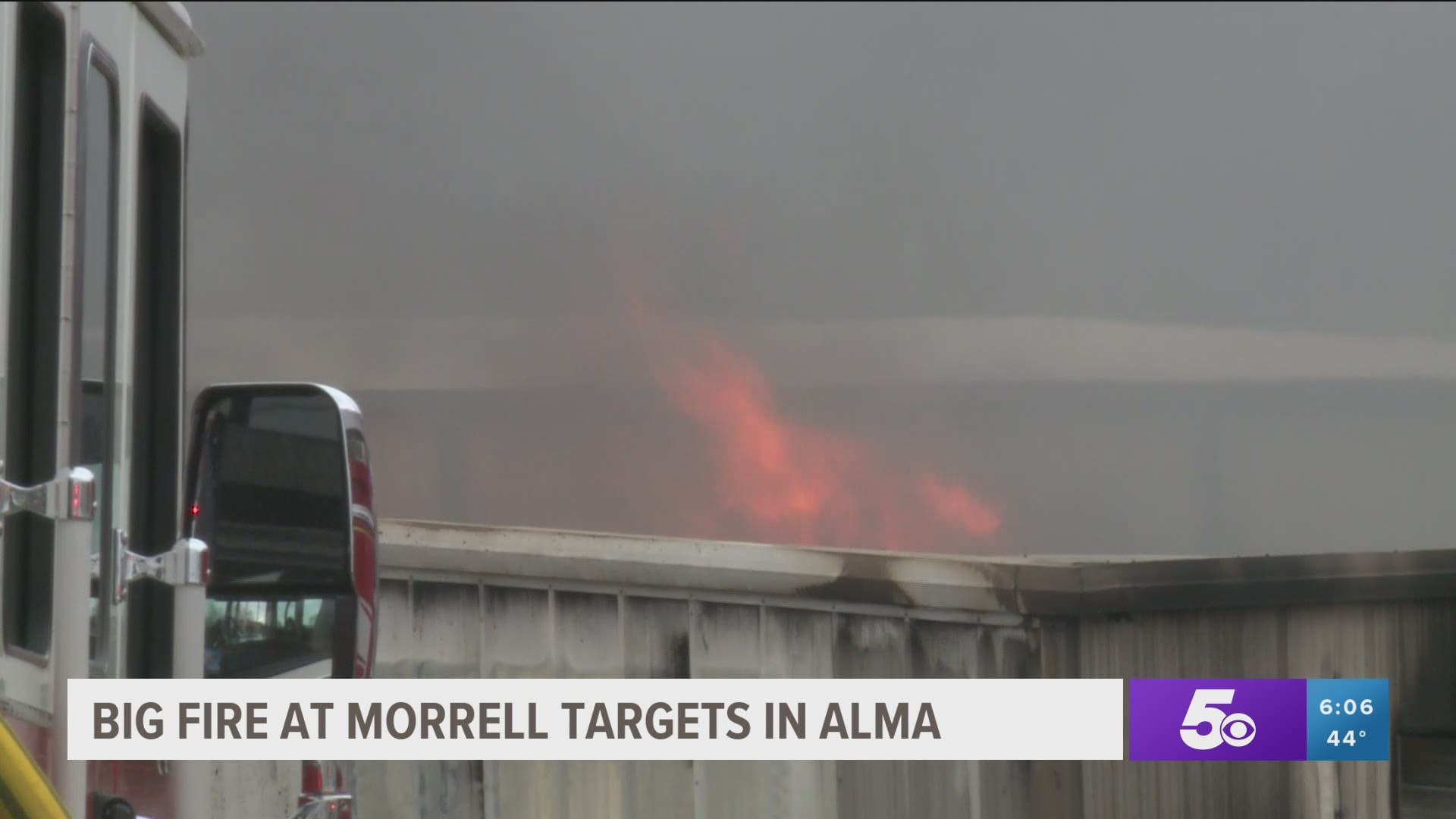 Morrell Targets caught fire sometime around 6 a.m. Friday and Alma firefighters say the fire is out but it’s still smoldering. They say there are some hot spots they are working on.

At least seven fire trucks worked to put out the fire.

Butch Thomas has worked at Morrell Targets, an archery target manufacturer, for 26 years and said this was tough to experience. He says the fire happened on the north side of the building.

“There’s a hallway that connects all these buildings," he said. "If that fire has gotten through the hallway we could’ve lost it all, but man, these firefighters, we asked them to do everything we could to save it, and they did.”

Thomas watched his office go up in flames, and he couldn’t help but feel grateful, not only for the firefighters but because no employees were there when the fire broke out.

“These are material things they can be replaced,” Thomas said.

Although quite a few things will have to be replaced, Thomas says they’re a family and they’ll come back stronger than ever.

“We’re going to survive this," he said.

Even while crews are continuing to fight the fire, the front office is still staying open as they call clients and keep the business going.

The company says it is trying to salvage what it can by putting things in a warehouse across the street.

The cause of the fire is currently under investigation. 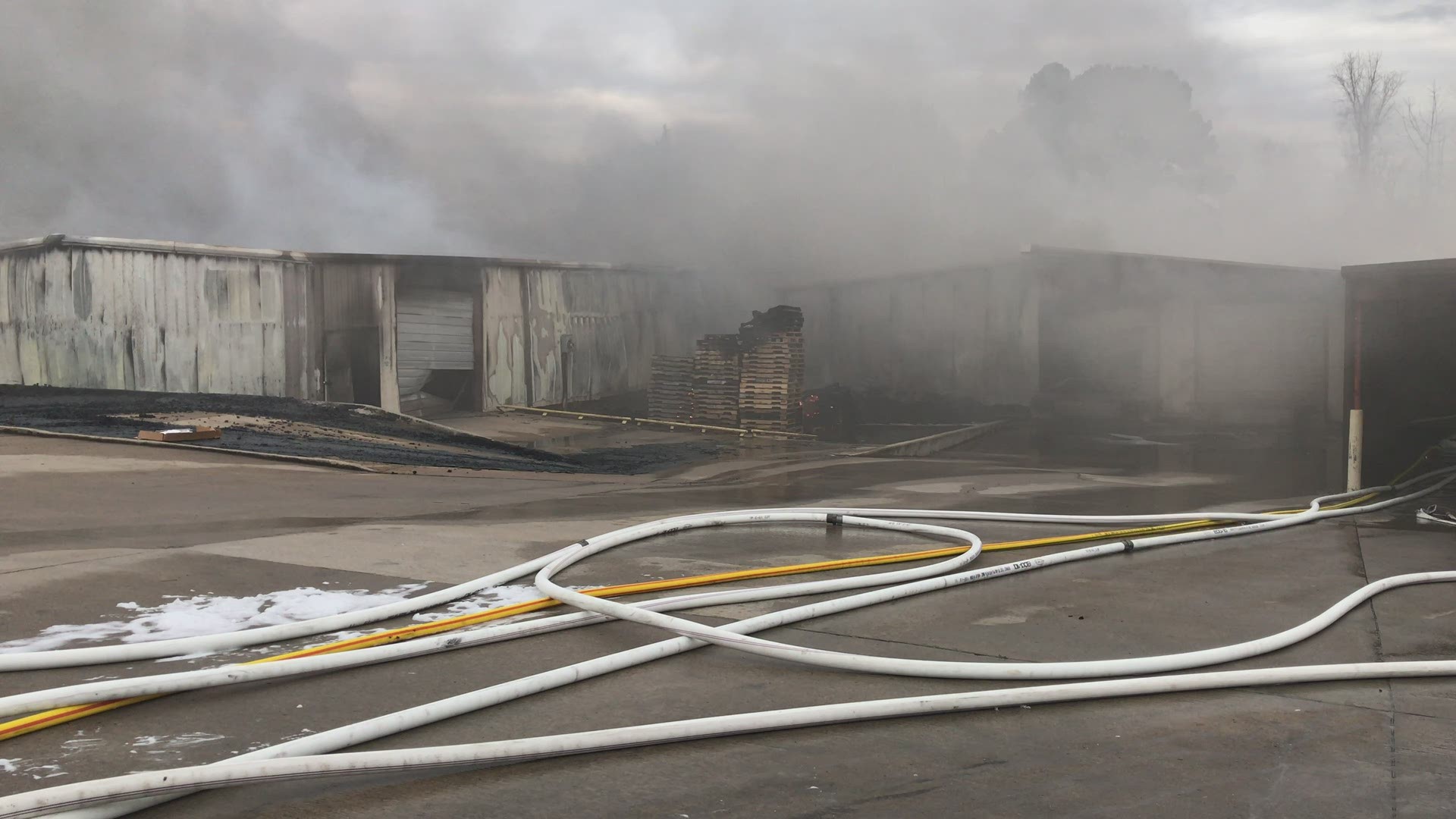 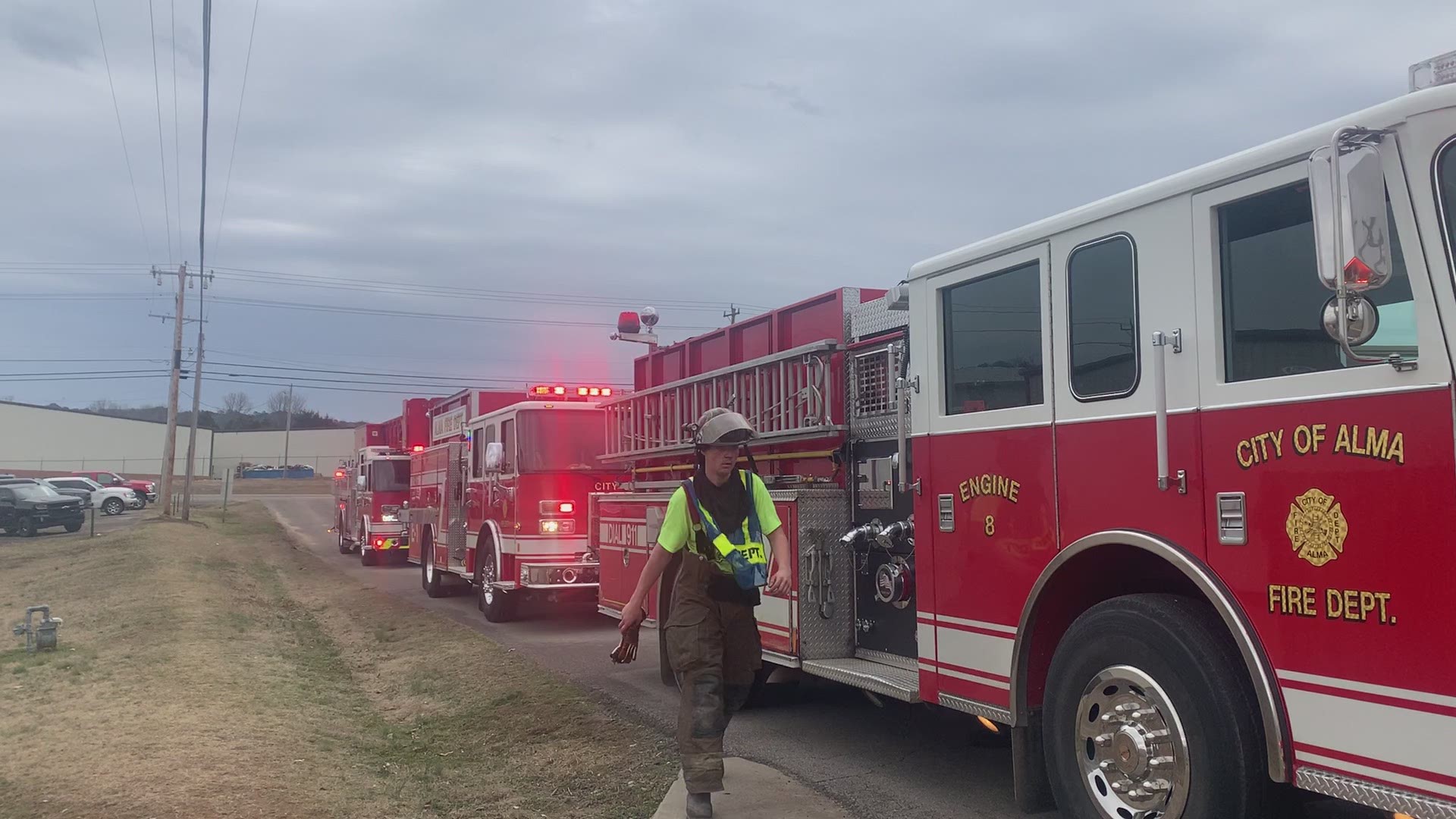