Update: Two people have been arrested in connection to the murder of former Fort Smith pastor Dave Evans. 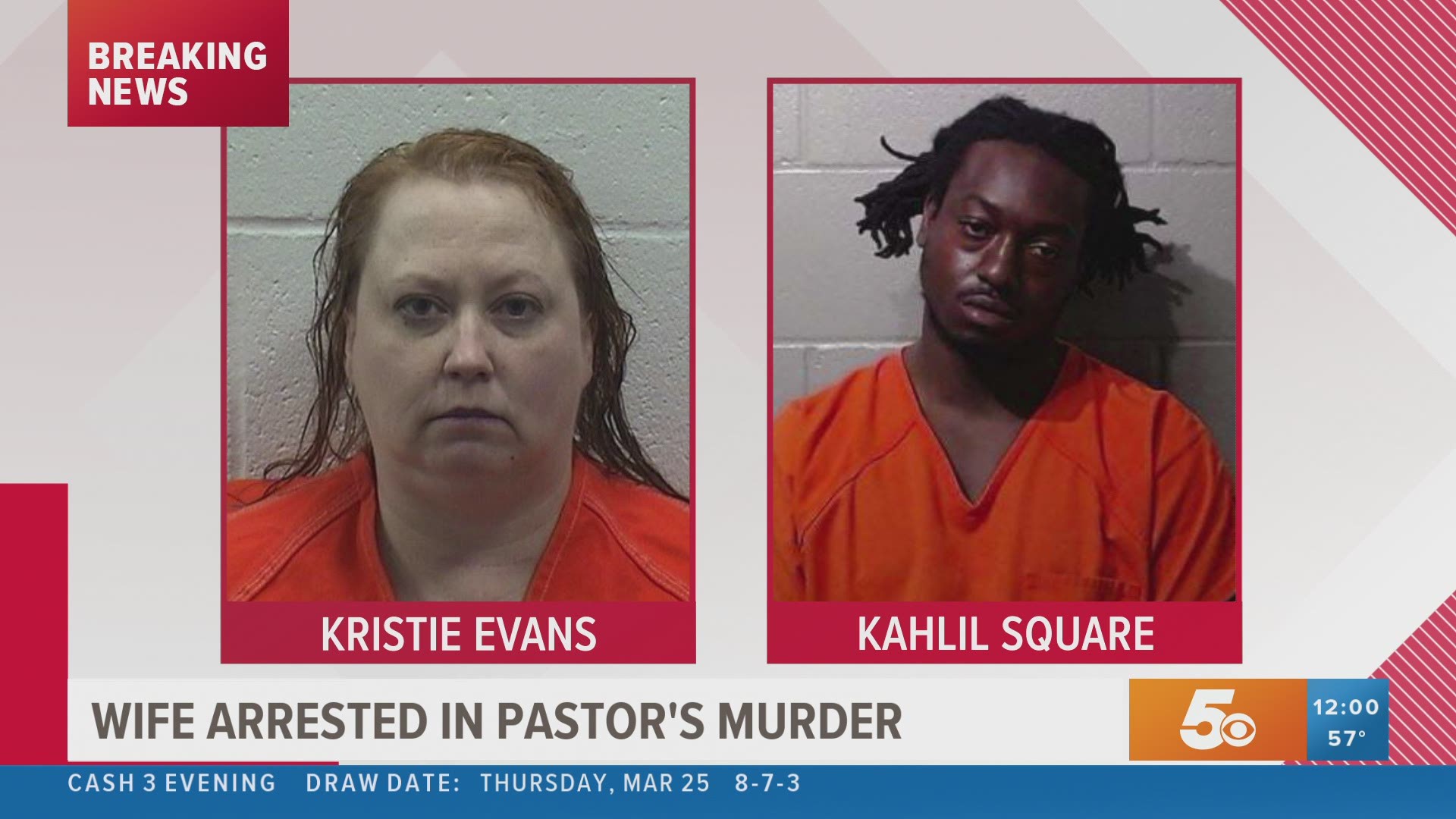 ADA, Okla. — Former Fort Smith pastor Dave Evans was shot and killed at his home in Ada, Oklahoma, this week. His wife has been arrested in connection with his death.

According to agents with the Oklahoma State Bureau of Investigation (OSBI), Kristie Dawnell Evans, 47, was taken into custody on Thursday (March 25) after confessing her role in her husband's death.

Kahlil Deamie Square, 26, was also arrested in connection with the murder.

Just after 1 a.m. on Monday (March 22), the OSBI says Kristie Evans called 911, stating an intruder had entered her home in Ada, Okla., and shot her husband. When Ada officers arrived at the home, they found Dave Evans with a gunshot wound. He died at the scene, the OSBI says.

Based on evidence collected at the scene, Kristie Evans and Square were identified as suspects in David's murder.

After meeting with officers at the Ada Police Department, Kristie Evans confessed to her role in her husband's death and was immediately placed into custody.

Authorities were able to locate Square at a home in Newalla, Okla., and he was taken into custody without incident.

“This investigation was truly a team effort,” said Ricky Adams, Director of the OSBI. “OSBI agents from across the state worked tirelessly on this investigation for days. With the help of OSBI intelligence analysts and multiple law enforcement agencies, the suspects responsible for Evans’ murder are in custody. Our team will always follow the evidence and find the truth.”

Dave Evans is a former pastor at Cavanaugh Free Will Baptist Church in Fort Smith.

Cavanaugh Free Will Baptist Church Senior Pastor Will Harmon spoke with KWTV out of Oklahoma City before Kristie Evans' arrest and said he was saddened to hear the news about Dave Evans.

"It was heart-wrenching and something we still can't really wrap our minds around that we've lost such a great man, great father, and great pastor," Harmon told KWTV.