A Danville school teacher and her son were killed in a car crash Monday in Yell County. They were also the wife and son of a Danville pastor. 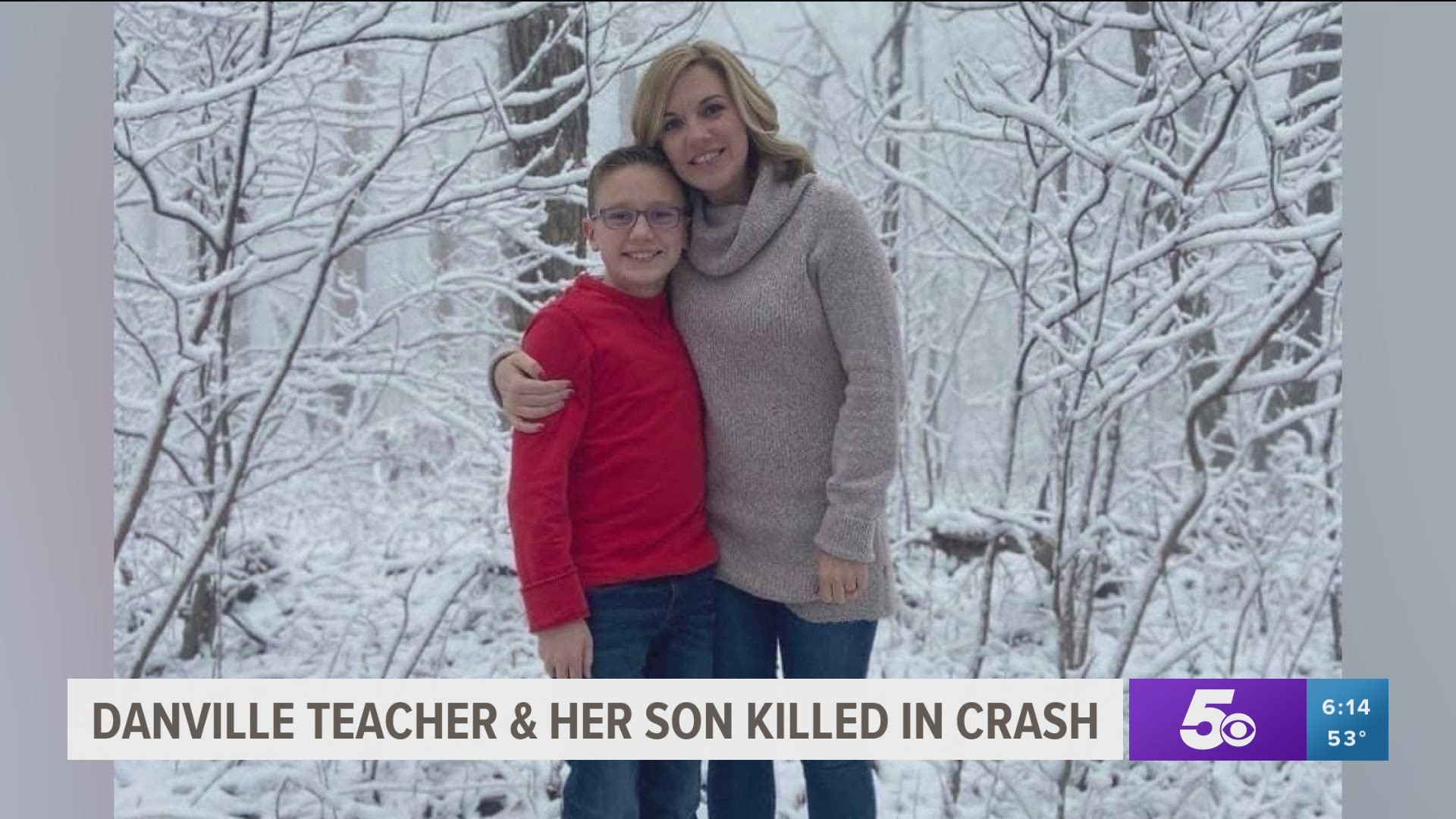 DANVILLE, Arkansas — A Danville kindergarten teacher and her son were tragically killed in an accident on State Hwy. 154 in Yell County Monday (March 1) just after 6 p.m. They were also the wife and son of the pastor of First Baptist Church of Danville.

35-year-old Kayla Morris of Danville was traveling eastbound on Hwy. 154 when she crossed the centerline of the highway and traveled across the westbound traffic lane onto the shoulder, according to an accident report from Arkansas State Police.

Morris's vehicle then over-corrected and traveled back into the westbound traffic lane, where another vehicle traveling west with four passengers struck her car, the report states.

Kayla Morris and her juvenile son, Landry, were killed in the accident.

The passengers in the other vehicle were injured and taken to UAMS Saint Mary's Hospital and Vincent Hospital.

5NEWS spoke with friends of the family who say the whole town of Danville is in mourning.

"If you look on Facebook or anything, it's all about her light and her smile," Stuart Creamer, a family friend, told 5NEWS. "And Landry was just a ball of energy, singing here at church."

Landry was in 5th grade at Danville Middle School. Creamer said his daughter was one of his close friends.

"The first thing my daughter said when she woke up this morning was 'I hope to wake up and it not be real,'" Creamer said.

Danville Superintendent Greg Grant says the loss of Kayla and Landry is devastating for the entire community.

"I think everyone in our school family and this community is hurting, but I think that's the one unique thing about small towns - we'll pull together through prayer and support of everybody," he said.

Kayla's husband, Daniel, told Creamer that his wife was his favorite part of every day after her and their son's death.

"To know that his ministry is held up by his wife and then his son, your son is your pride and joy, just knowing that hole is there for him, and our community as a whole is tough," Creamer said.

A funeral for Kayla and Landry will be held Friday at the Danville High School Gymnasium.

RELATED: Fort Smith man dead after being struck by a motorcyclist on Grand Avenue

RELATED: Car drives through Dollar General in Centerton sending one person to the hospital