34-year-old Zach Krueger was admitted to the hospital in November 2020 a week after his son was born, and has finally returned home three months later. 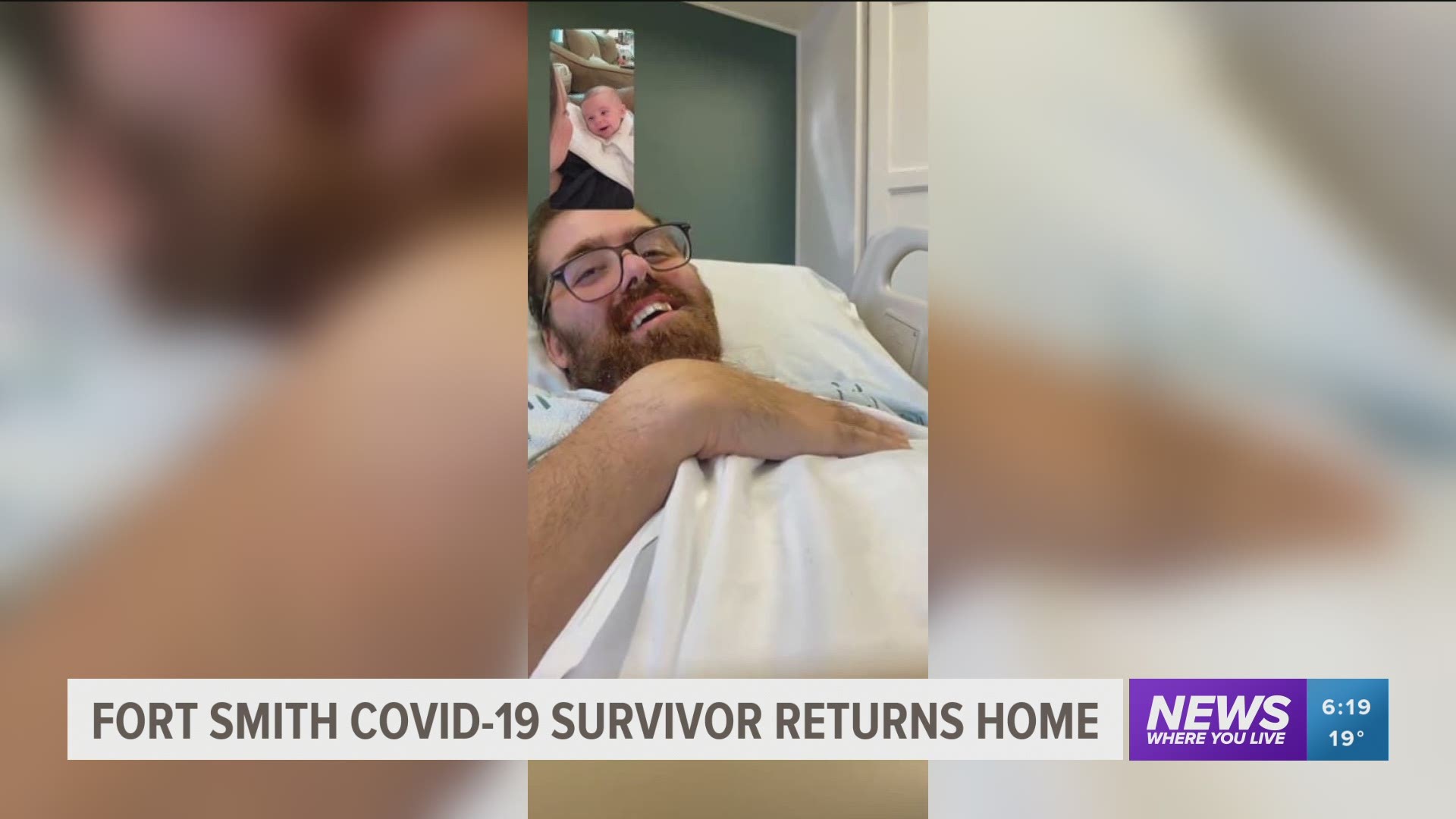 34-year-old Zach Krueger was admitted to the hospital in November 2020 a week after his son was born, and Friday (Feb. 12) he was finally reunited with his two children and wife Katherine.

This virus is something the Krueger family says they never thought would have affected them as it has.

Katherine says her husband's recovery is nothing short of a miracle.

“They talked to us about end-of-life wishes so yeah it’s very possible that he wouldn’t be coming home," she said. "So even though it’s been a long time that is worth it. We’re just glad to have our guy back.”

After spending over 90 days in the hospital, 35 days on a ventilator and losing 50 pounds, Zach is learning how to walk again.

“He’s able to take steps now with a walker but there’s still physical therapy to still be able to walk around the house without a walker and do those basic functional things,” Katherine said.

Zach is a pastor and had people rooting for him from all over, including those who decided to surprise him from right outside his hospital window in December.

Doctors weren't sure whether he would survive, but Katherine and their kids never lost hope.

“This was definitely unprecedented and we didn’t feel that Covid would affect our family the way that it did," she said. "I don’t know that anyone would think that when you’re pretty young and healthy.”

Zach will now continue physical therapy from the comfort of his home. Katherine says his diagnosis has left a greater impact on him beyond physical hardships.

“The fact that he did survive and so many other people haven’t, almost having survivors guilt with that. It’s hard," she said. "He and I both are obviously so grateful for his life and what that looks like for our family but we know that other people aren’t as fortunate. We hold both of those things. There’s weight in that.”

Katherine wants to tell others not to take their health for granted and to continue following Covid-19 safety guidelines.