The man accused of shooting Prairie Grove Police Officer has been booked into jail on an attempted capital murder charge today (May 14). 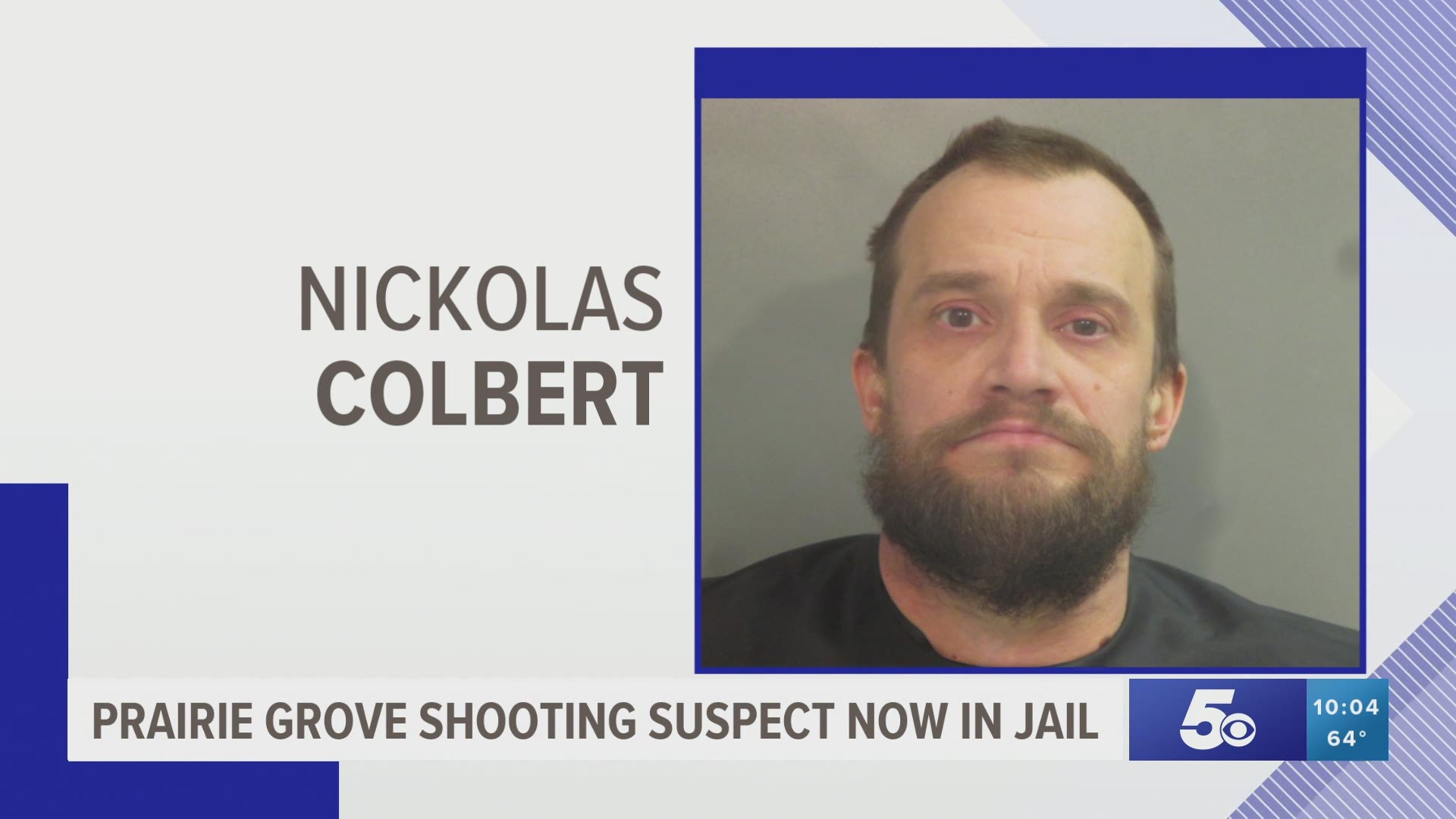 PRAIRIE GROVE, Ark. — The man accused of shooting Prairie Grove Police Officer has been booked into jail today (May 14) on an attempted capital murder charge today.

Prairie Grove Officer Tyler Franks was shot and injured while responding to a domestic disturbance on May 4.

While attempting to make entry into a bedroom, 42-year-old Nickolas Colbert fired three rounds from a shotgun and semi-automatic pistol striking Officer Tyler Franks in the upper portion of both legs.

Officer Franks underwent surgery on May 7 where surgeons had to partially amputate his left leg, according to a Prairie Grove Police Department (PGPD) May 13 update.

In court documents released, a family member of Colbert's said that he was drunk at the time of the shooting and that he intended on harming an officer to get them to shoot him back.

A search warrant carried out at his home led to police confiscating multiple weapons and ammunition.