The award was presented Saturday morning at the Ebbing Air National Guard Base in Fort Smith. 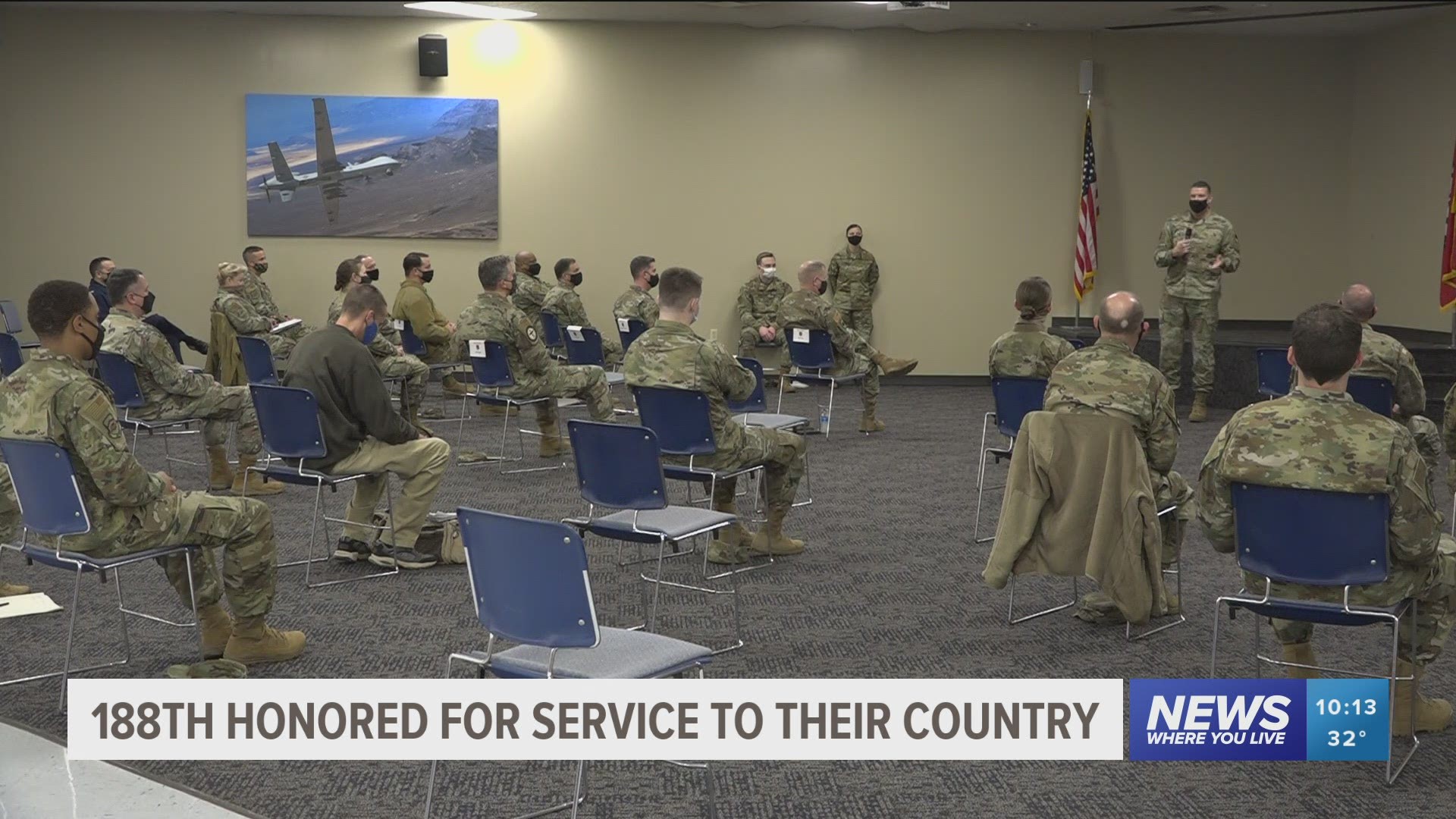 FORT SMITH, Arkansas — The Arkansas Air National Guard’s 188th Wing was presented with the Meritorious Unit Award for exceptionally meritorious service in the year 2019 in support of Operation Freedom’s Sentinel.

The award was presented Saturday morning at the Ebbing Air National Guard Base in Fort Smith.

The 188th Wing was one of eight wings in the Arkansas National Guard to receive a Meritorious Unit Award. The Wing is being recognized for distinguishing itself by exceptionally meritorious conduct in the performance of outstanding service to the United States in the year 2019. During this period, the 188th Wing accomplished its mission with a maximum degree of war readiness.

The citation to accompany the award reads:

“The only Air National Guard unit to house Remotely Piloted Aircraft, Intelligence, Surveillance, and Reconnaissance, and Targeting as its primary mission sets, the 188th Wing continued attaining high mark after high mark. While flying one continuous Combat Air Patrol in support of Operation FREEDOM’S SENTINEL, the 188th Wing conducted 222 kinetic strikes resulting in 407 enemies eliminated from the battlefield. Because of their sterling reputation, they were requested as the strike asset sent to eliminate some of the highest-level theater objectives. The Wing continues to lead the way in tactics, training, and technology innovation including Publicly Available Information and Open Source Intelligence for Target Development which gained National level attention for efforts in contingency operations resulting in eight changes made on the No Strike List. Additionally and simultaneously, the unit analyzed full motion video feed from an MQ-9 culminating in 343 missions, 4,369 products, and 5422 hours of analysis which enabled 91 strikes on enemy combatants. The professionalism, knowledge, and technical skills of the 188th Wing personnel contributed directly to the fulfillment of national objectives. These acts and numerous others exemplify the best of what the Air National Guard brings to the nation. The distinctive @arkansasguard Arkansas National Guard arkansasguard Arkansas National Guard Public Affairs Office arkansas.nationalguard.mil accomplishments of the members of the 188th Wing reflect great credit upon themselves and the United States Air Force.”