Springdale Schools beefing up security thanks to grants

The Springdale School District was recently awarded several safety grants in hopes of making their students and faculty feel even more welcome and secure. 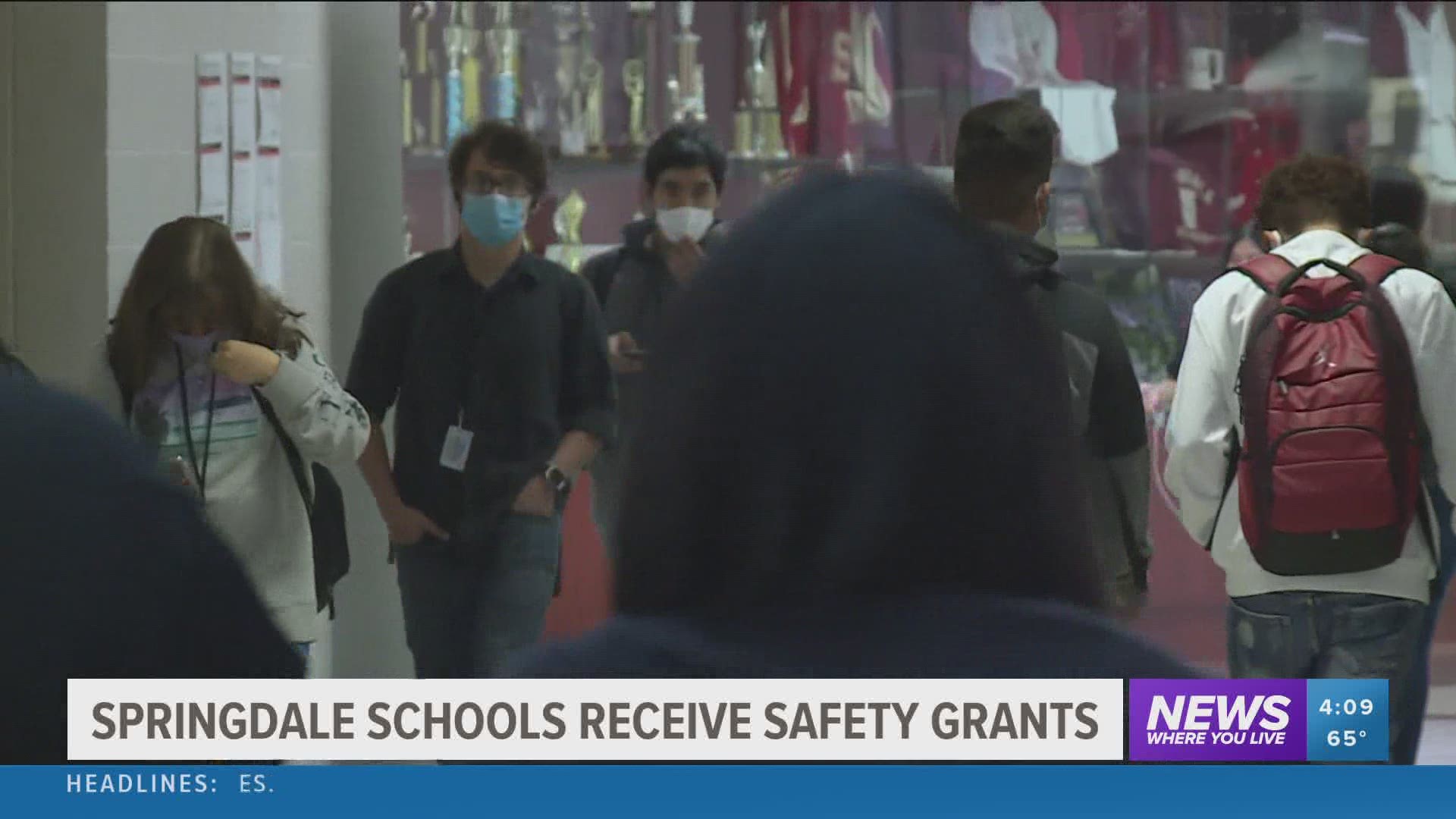 SPRINGDALE, Ark. — The Springdale School District was recently awarded several safety grants to make their students and faculty feel even more welcome and secure while at school.

There are 18 school resource officers within the Springdale School District, and you can expect to see more soon, as well as additional security equipment and specialized training for school officials.

Three more school resource officers will be added at Springdale Schools because of the grants.

Lt. Jeff Taylor with the Springdale Police Department oversees the school district's school resource officer program. He says his officers have many different responsibilities while doing the job.

“They take anything anywhere from a domestic disturbance that might happen at a school, all the way to coloring with a kindergartener, eating lunch with the kids, playing kickball, or talking to a kid who’s going through a crisis that might have happened at home,” Lt. Taylor said.

Additional cameras and smart sensors will be brought on campuses thanks to money from the grants.

“They could detect vaping, and they can also detect loud noises in a restroom which could indicate a fight, it could also indicate an argument, and it will automatically alert a school administrator,” Damon Donnell, Springdale Schools Student Services Coordinator said.

“Even though we have 18 SROs right now, we can’t be everywhere at all times. We rely on security cameras a lot to help us identify some problem areas and help us identify things if a disturbance happens,” he said.

The Springdale School District told 5NEWS you could expect to see the added security measures on campuses in the next few months.