The family of cold case victim Adelio Romero was shocked to hear the suspects had finally been arrested. 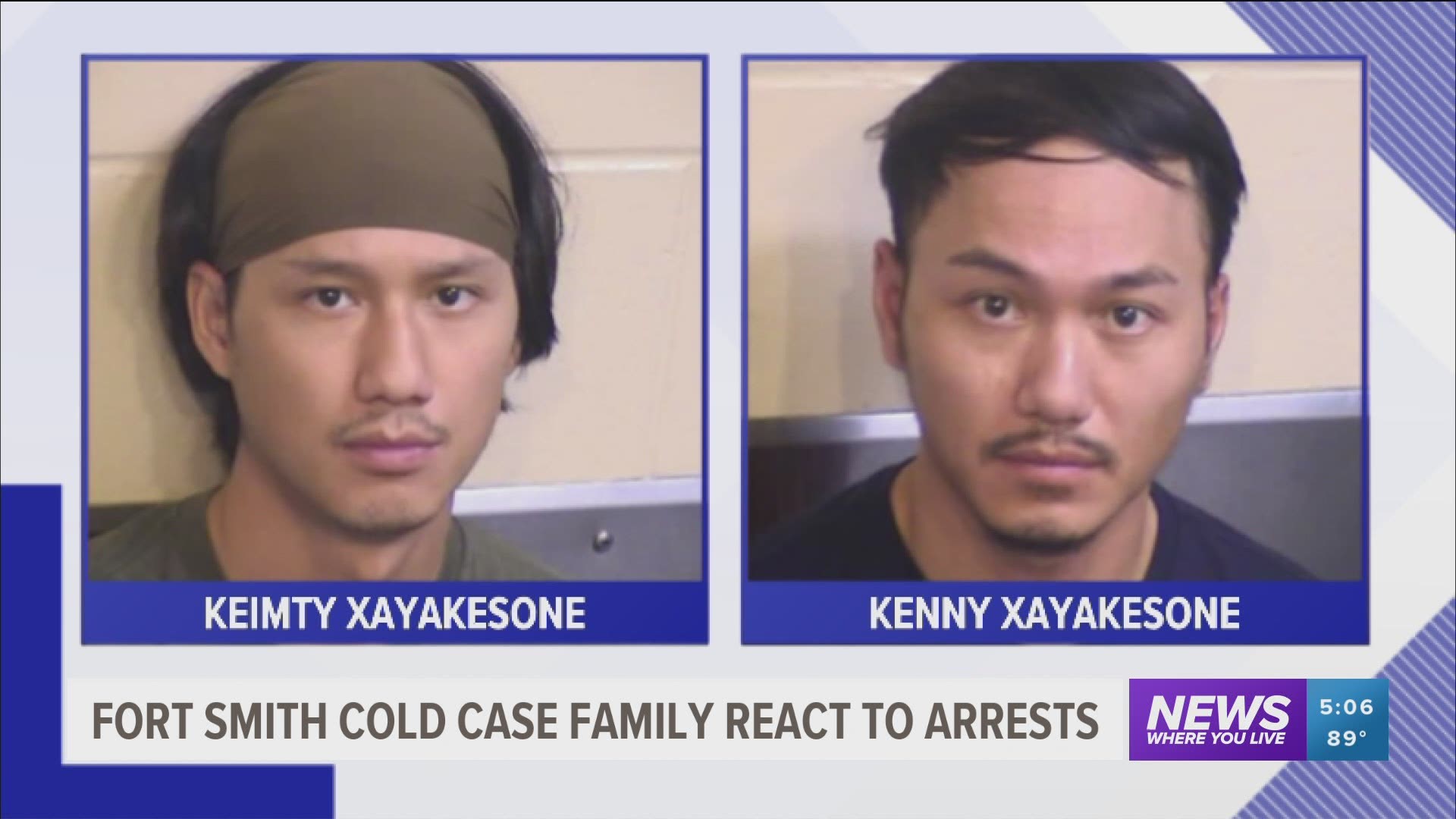 FORT SMITH, Ark. — For the first time since the arrest, we are hearing from the loved ones of a Fort Smith cold case victim.

“It’s been 16 years since I’ve last heard my brother’s voice or have been able to hug him, so to hear that his killers were caught, it was definitely shocking for all of us,” Priscilla Romero said.

Priscilla was just 12-years-old when her 18-year-old brother, Adelio Romero was killed in a drive-by shooting on Wilma Avenue back on July 4, 2004.

“This was probably the most profound and horrifying thing my family has went through, so it definitely shocked my entire family and impacted me at such a young age,” she said.

The Romero family found out about the arrest of brothers Kenny and Keimty Xayakesone Thursday (Sept. 3) after seeing the Facebook post from the Fort Smith Police Department that the suspects had finally been captured.

“We definitely feel that there is a weight lifted off our shoulders," Priscilla said. "We feel closure knowing that they’ve been arrested, that they are were caught and that there might be some justice for my brother’s death.”

Police say two others were arrested in connection to the shooting in 2005 but the Xayakesone brothers were on the run for 16 years until being arrested in Fresno, California earlier this week with the help of the FBI. The details surrounding their arrest are still unclear since the men were virtually living off the grid all this time.

The two suspects will be extradited back to Sebastian County to stand trial, but there is no date set yet for them to be brought back to Arkansas.