BPD said there was not a day that went by without someone making a positive comment about how awesome K-9 Alamo was. 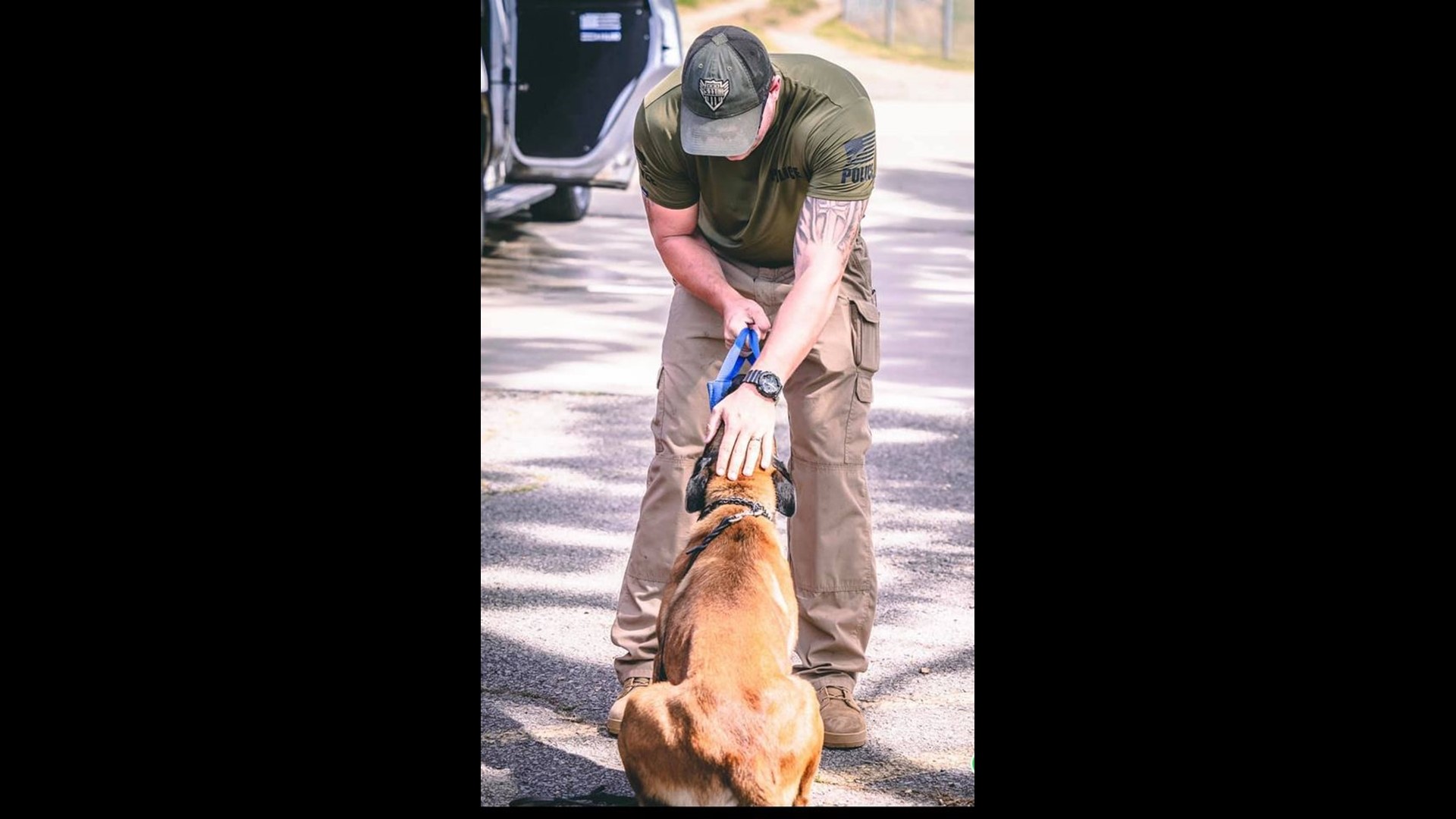 BPD shared the heartbreaking news on Facebook Sunday, stating, “BPD is saddened to announce the death of K-9 Alamo. His handler, Officer Mayhugh, found Alamo deceased in his kennel earlier today. While it is early in the investigation, there are no initial signs of neglect or foul play. We ask that you keep Officer Mayhugh and the department in your prayers. Arrangements will be announced in the days to come.”

K-9 Alamo was a patrol K-9 with BPD and certified in narcotics, tracking, personal protection and criminal apprehension.

Alamo was part of a regional training group hosted by BPD and well respected within the K-9 community.

In addition to their scheduled patrol training assignments, BPD K-9 handlers train twice a month with other agencies in the River Valley.

Alamo began his career as a K-9 officer in Little Rock before joining the BPD.

Alamo was only three-years-old when he passed.

Captain White said there was not a day that went by without someone making a positive comment about how awesome K-9 Alamo was.

Alamo was a strong-willed dog with an excellent work ethic.

The loss hasn’t been easy on BPD officers, but none have taken it harder than Alamo’s handler, Officer Mayhugh.

Alamo worked with Officer Mayhugh and lived with him too. “The two of them were together 24/7,” according to Captain White.

Alamo always enjoyed working and wanted to please his handler.

Chief Spells said it was clear that Officer Mayhugh and K-9 Alamo worked together daily to hone their skills.

Barling K-9 Alamo and K-9 Hype, along with their handlers, were recognized on July 28 at the city board meeting for receiving their National Certifications.

K-9 Alamo was a working dog but also a social dog.

He loved to work, but he also loved to play. Captain White shared a couple of BPD’s fond memories of Alamo.

“Alamo loved to roll around in the grass. After rolling around, he would have large clumps of grass all over him,” said Captain White. “It was hard to find decoys to help with criminal apprehension training because Alamo had such a strong bite.”

K-9 Alamo was escorted by his handler, BPD, and other neighboring agencies from the Crawford County Forensics Unit to River Valley Animal Clinic on Monday (Aug.31) at 1:30 p.m.

Police and fire departments blocked the intersection of Hwy. 59 and Frontier briefly to allow escorting units to pass through.

The cause of K-9 Alamo’s death is still unknown at this time and is still under investigation.

Thank you for the dedicated protection and loyal service you selflessly gave to our community K-9 Alamo. You are a hero. Rest in peace sweet boy.