Two football players, who also play on a baseball team with Clarksville basketball players, tested positive for the virus, according to the school. 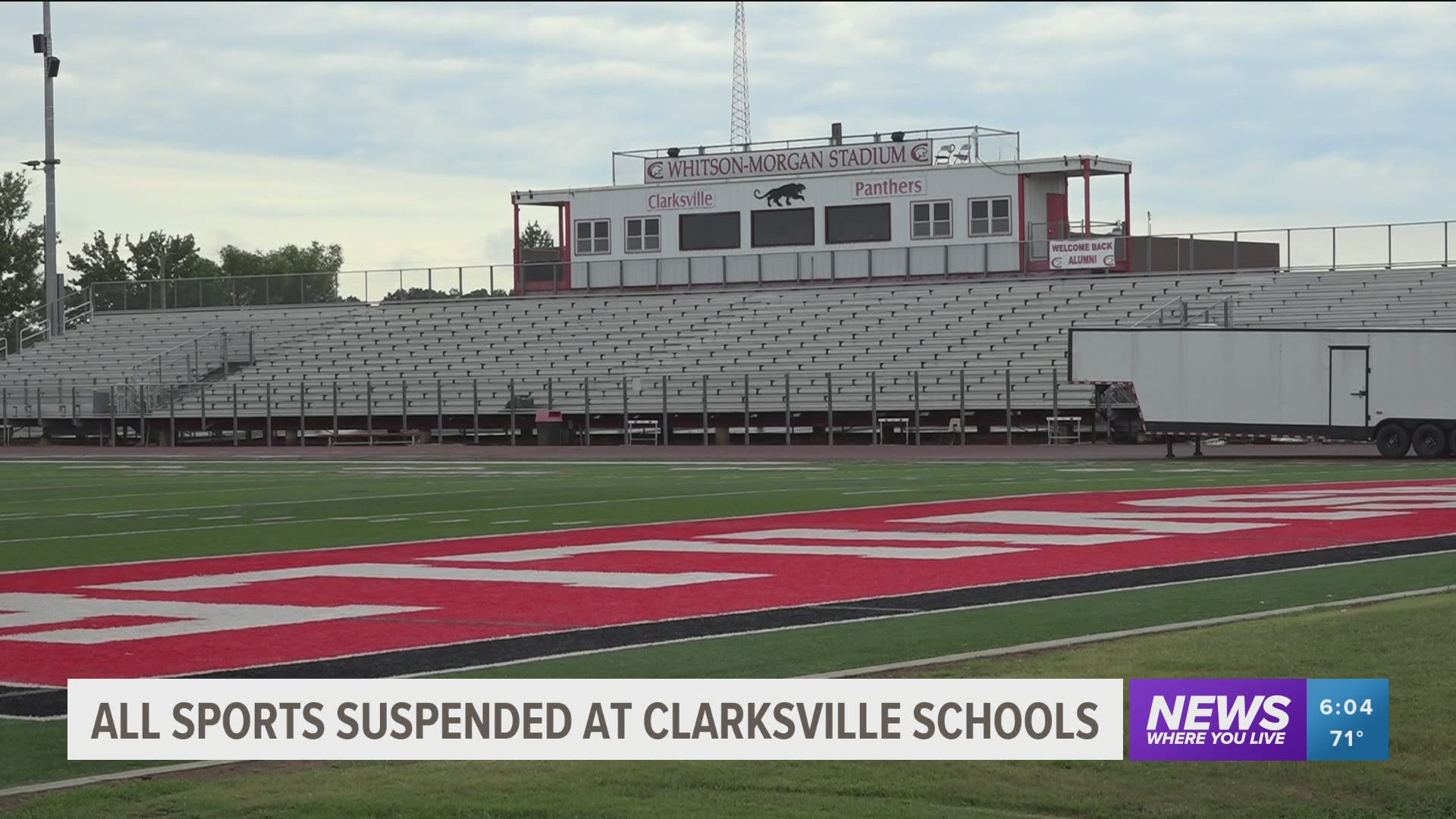 CLARKSVILLE, Ark. — All sports have been suspended at Clarksville Public Schools for the time being after two athletes tested positive for COVID-19.

Two football players, who also play on a baseball team not affiliated with the district, with Clarksville basketball players, tested positive for the virus, according to the school's social media page.

The district suspended all athletics until the Arkansas Department of Health can conduct contact tracing.

"With all the possible cross team exposure we decided to suspend all athletics until the State Health Dept can conduct the 'contact tracing'," school officials wrote on Facebook.

85 Clarksville High School football players and nine coaches are in quarantine because they were all at practice with the two who tested positive on Monday (July 6).

“Due to the nature of COVID, we want to be abundantly cautious and make sure that we halted all of our practices and again to try and sort out where these boys were and who has been with them and how our other teams might be affected,” said Clarksville Superintendent David Hopkins. “There are several different ways that transmission could take place, so we are just trying to get our arms around that and we are working with the health department to get the testing done.”

The health department will be testing the football team sometime early next week.

Activities Director Michael Banning says the Department of Health and Governor Asa Hutchinson has discussed on several occasions how our students will be able to get back to playing sports and into the classroom is by following health guidelines.

“It is very important whether you’re 12 years old or 60 years old that you follow those guidelines and here at Clarksville we have done that, we’ve just happened to have two cases come up and we really feel that we’ve got in place what we need to do to move forward,” Banning said.

The district says right now there is not a timeline for when they will be able to get back to practicing the five sports that had to be halted. Once they get back test results, they will have a better idea.

Clarksville is still holding its graduation Friday (July 10) but none of the football players or staff who were at Monday's practice will be allowed to attend.

RELATED: Bentonville parents must choose between virtual and blended learning for students