The Hogs raced out to a 17-0 lead, and the defense stifled the Aggie offense in the 20-10 win. The victory ends a nine-game losing streak to Texas A&M. 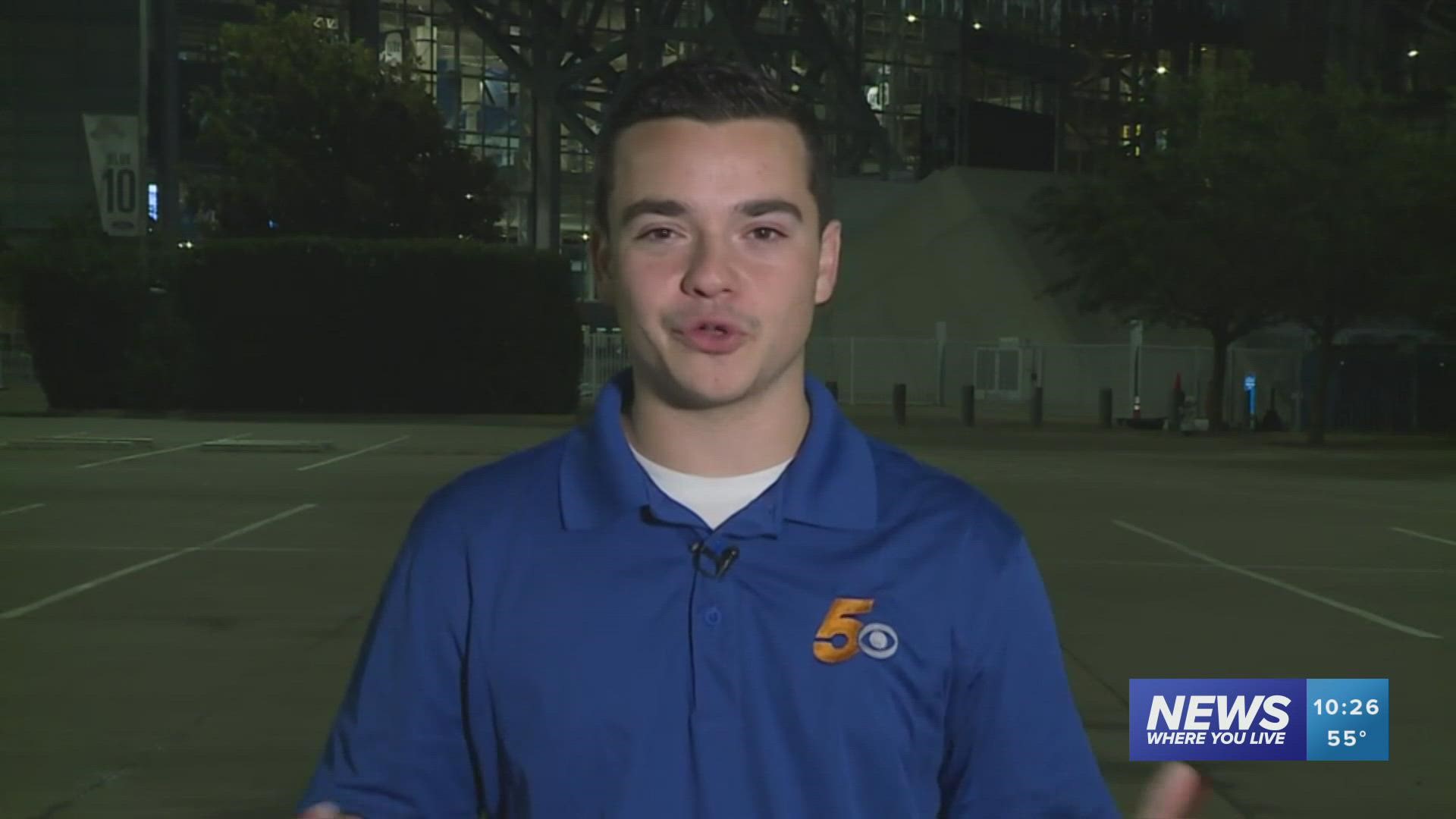 ARLINGTON, Texas — That long maligned streak is finally over.

No. 16 Arkansas used a fast start and ferocious defense to outlast No. 7 Texas A&M 20-10. The upset victory ends a nine-game losing streak for the Hogs against their old Southwest Conference rivals and improves Arkansas not only to 4-0 on the season but crucially, 1-0 in SEC play.

Not enough can be said about the Arkansas defense. The only touchdown it allowed was a long touchdown to star Aggie running back Isaiah Spiller.

Still, the Hogs held the Aggies to just 10 points on the night and under 300 yards of offense. Additionally, the Razorbacks managed to get off the field consistently on 3rd down, with the Aggies only converting 4-of-14 third-down opportunities.

On offense, the Hogs started off fast in the first half, jumping out to a big lead, and used a balanced attack to outlast Texas A&M.

The Razorbacks blitzed the Aggies right from the jump.

Texas A&M received the opening kick-off. The Aggies managed a couple of first downs, but Arkansas forced a punt near midfield.

On the Hogs opening drive that started at their own 14-yard line, they marched down the field quickly. Trelon Smith carried four times for 45 yards on the opening possession, and KJ Jefferson hit Treylon Burks for a 23-yard strike. After a holding penalty stalled the drive in Aggie territory, Cam Little knocked through a 46-yard field goal to give Arkansas the early 3-0 lead.

The next Hogs possession did not stall though. In fact, it only needed one play.

Jefferson connected with Burks again, this one was a perfect throw down the sideline for an 85-yard TD to make it 10-0 Arkansas.

KJ JEFFERSON WITH THE DIME@razorbackFB is off and running 🔥 pic.twitter.com/gUWIIcTxom

It was part of a monster half through the air for both Jefferson and Burks. Burks had 5 receptions for 160 yards and the score, while Jefferson threw for 229 yards in the first two quarters against what came in as the nation's top pass defense.

The Hogs' hot start didn't end there. After forcing another Aggie punt, the Razorbacks put together another quick drive.

They went 82 yards in just four plays, capped by a 48-yard TD from Jefferson to AJ Green on a wheel route, with the running back bouncing off a few tacklers before finding the end zone.

Arkansas led 17-3 at the half, but it felt like it should've been more given how much the Hogs dominated the opening 30 minutes.

Texas A&M then made things feel a lot tighter in the 3rd quarter. After forcing punts on the Hogs opening two drives of the 2nd half, Isaiah Spiller gave the Aggies some life. He broke a 67-yard touchdown right up the middle and pulled Texas A&M within seven, 17-10.

Jefferson then had to be replaced by Malik Hornsby after taking a big hit and suffering an awkward fall on the previous drive. For the following few drives, the Arkansas offense could not find much of a rhythm.

But that's where the defense came up clutch.

With the Aggies riding the momentum in the fourth quarter, the Hogs defense produced a huge interception near mid-field, with Montaric Brown making the diving catch for the pick.

HE LAID OUT FOR IT

Montaric Brown with a clutch INT for @razorbackFB pic.twitter.com/sAKg1XcVMB

Arkansas managed to convert the good field position into three points on the ensuing drive with a short Cam Little field goal to make it 20-10. However, the Hogs maybe felt they could've had more after a 3rd and goal at the 1-yard line was pushed back due to a false start.

Jefferson did eventually come back into the game with just under seven minutes to go in the game.

From there, Arkansas grinded out the clock and came up with a big sack on 4th down to force a turnover on downs with just two minutes left.

With the win, it sets up a likely top-15 showdown against No. 2 Georgia next week in Athens. 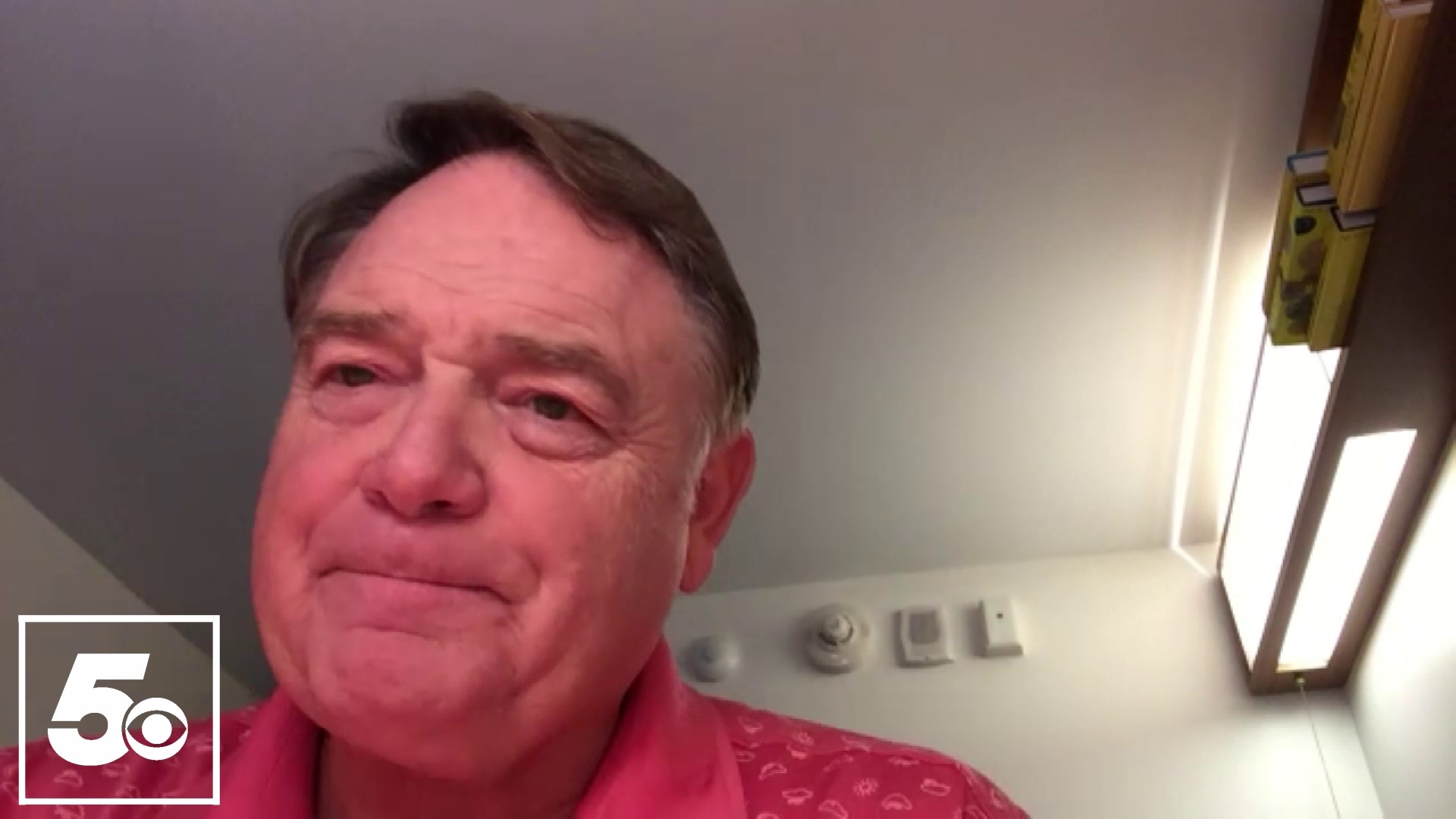