The bill essentially restricts the government from closing places of worship even during an emergency, including the pandemic. 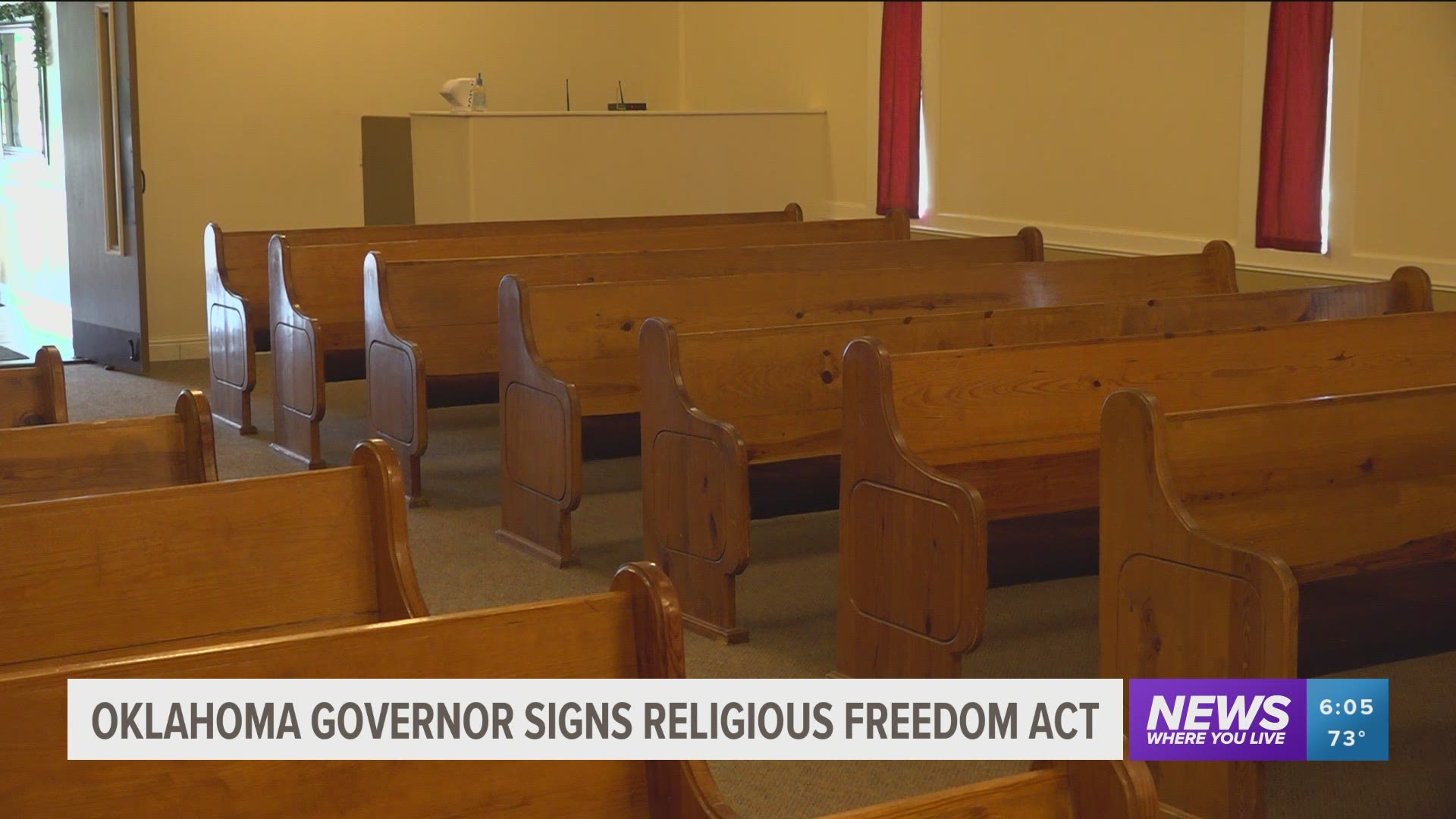 OKLAHOMA CITY — Oklahoma Governor Kevin Stitt has signed a series of bills into laws this week. One of them is the Oklahoma Religious Freedom Act.

The bill essentially restricts the government from closing places of worship even during an emergency, including the pandemic.

Pastor Mickey Ellis at Valley Baptist Church in Poteau says the government is here to protect our rights and is pleased about the bill being signed into law.

“Our rights in our liberties come from God, not the government,” Pastor Ellis said.

However, Oklahoma Representative John Waldron voted no on the measure. He says places of worship shouldn’t be exempt from general restrictions for public safety.

Pastor Ellis says it's a personal choice and gives his members the option and resources to do what they feel is needed to protect themselves.

He says the government should never have the power to regulate how services operate.

Rep. Waldron said he doesn’t have a problem with religious participation. But on the lack of civic participation to keep our community safe during this pandemic.

“Render unto Caesar what is Caesar’s. If Cesar is asking everybody to wear a mask, then we should wear our mask,” said Rep. Waldron.

The author of the bill, Republican Senator David Bullard of Atoka County, put out a statement explaining his reasoning for introducing the bill saying in part, "Our religious freedoms have come under attack in recent years, and this is one area where that has become very apparent. During the pandemic, churches were deemed nonessential, and closures were recommended.”

The law will now go into effect in Oklahoma on November 1, 2021.