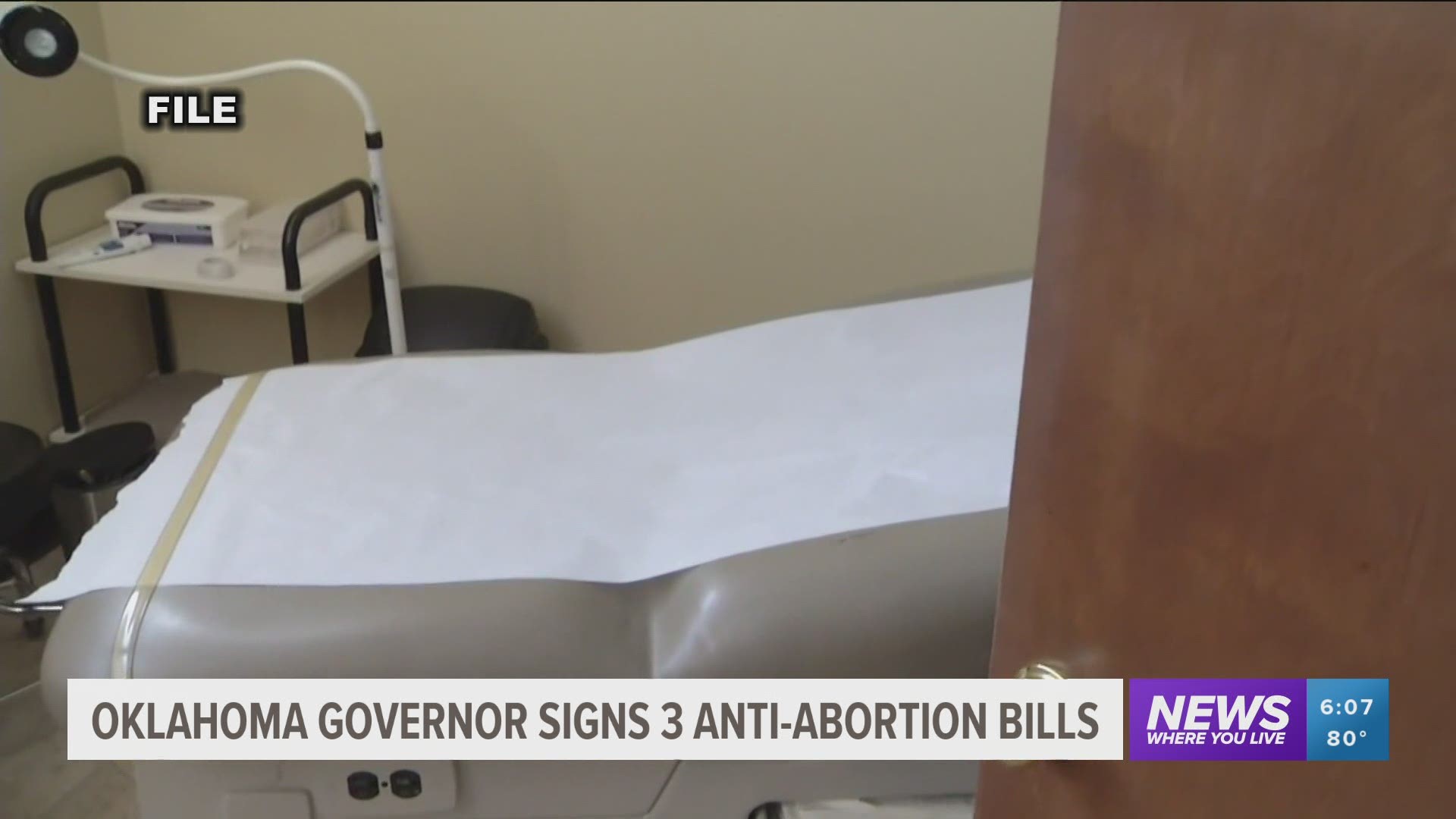 Stitt announced on Twitter that he signed bills Monday requiring physicians who perform abortions to be certified in obstetrics; adding performing abortions to the list of unprofessional conduct by doctors; and prohibiting abortions if a fetal heartbeat is detected.

The New York-based Center for Reproductive Rights has successfully sued to overturn numerous anti-abortion bills in Oklahoma and says it's considering all options to ensure the laws don't take effect.

Stitt says he also signed a bill to make Oklahoma a so-called Second Amendment Sanctuary State. The bill declares any attempt to confiscate or buy back firearms to be unconstitutional.

THREAD (1/4): My team is hard at work again, reviewing bills and signing them into law.

As of today, Oklahoma is officially a 2nd Amendment Sanctuary State! (SB 631) pic.twitter.com/SGP4uoLLTT