In Arkansas, the debate over a hate crimes bill turned into a spat between lawmakers Wednesday, who then went on to pass a scaled-back measure. 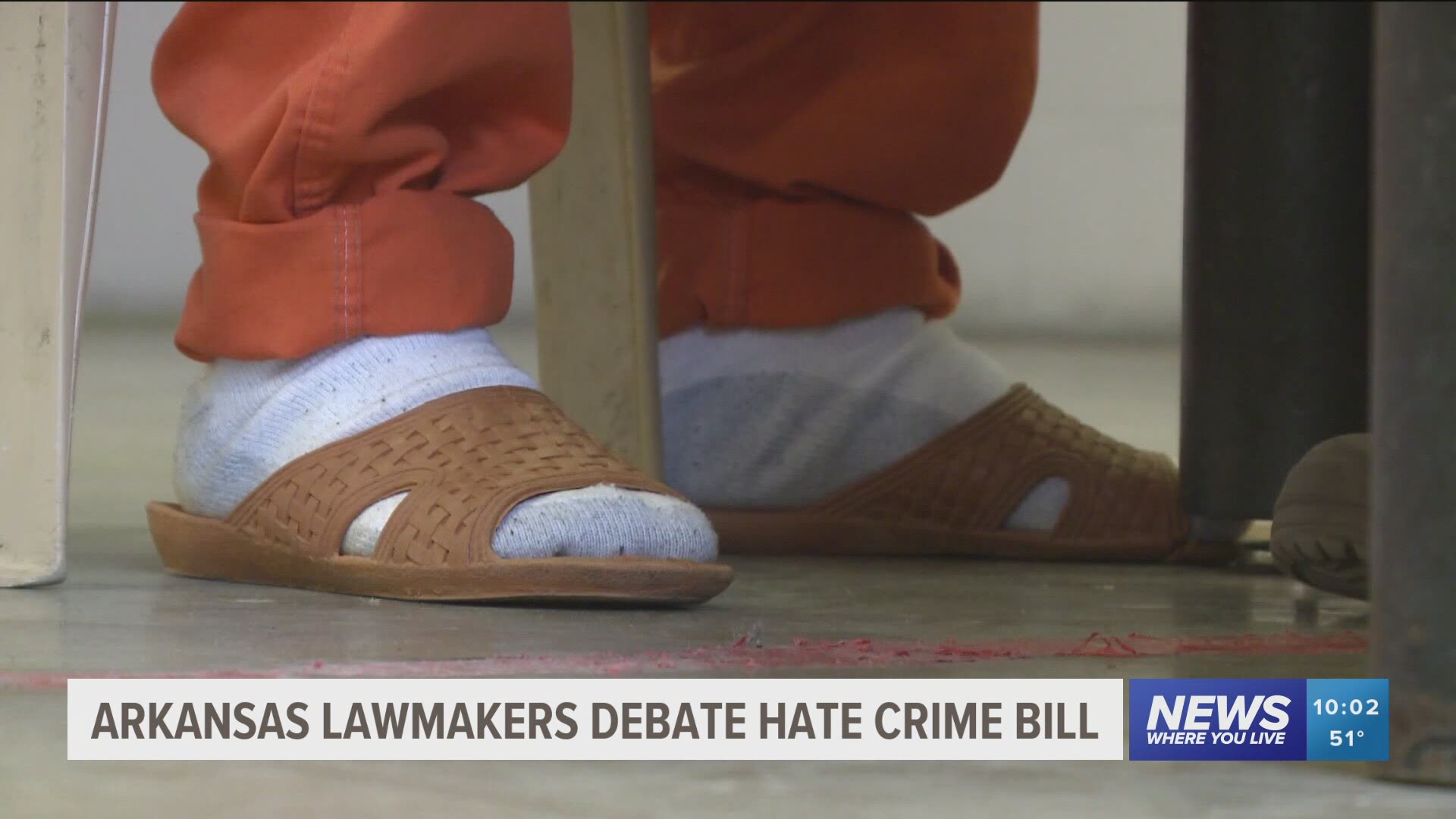 LITTLE ROCK, Ark. — A hate crimes bill in Arkansas, which the Arkansas Senate Judiciary Committee discussed on Wednesday (April 7), caused a heated debate between lawmakers before being voted down.

Arkansas is one of the only three states in the U.S. that does not have a hate crimes law.

Senate Bill (SB) 3, sponsored by Sen. Jim Hendren (I-Gravette), would have enhanced sentences for criminals that committed crimes against a person based on color, race, sexual orientation and religion.

Some lawmakers expressed concerns that the bill did not go far enough.

The discussion then turned into a spat when Sen. Trent Garner (R-El Dorado) made a rare motion of "do not pass," which would have stopped future votes on the bill.

The "do not pass" motion failed a roll call, but not before Hendren blasted his fellow lawmakers.

"I've been down here six years in the House, six years in the Senate, and I have seen that done one time," Hendren said. "It is the most hateful, petty thing you can do to your colleagues."

Some lawmakers argued that SB3 did not go far enough to protect attacks against political beliefs, stating that people who wore Make America Great Again (MAGA) hats have been attacked in the past and would not be protected under the bill.

Sen. Joyce Elliott (D-Little Rock) said that she has been working the past 20 years to get a hate crimes bill passed in Arkansas and that SB3 was intended to protect groups that have been historically attacked.

Hendren told his colleagues that he had no problem broadening the bill to include political orientation and other criteria, but the bill was still voted down.

Lawmakers went on to pass a bill that is being referred to as a "class protection bill" rather than a hate crimes bill, SB622.  The measure requires someone to serve at least 80 percent of their sentence if they committed a serious violent felony against someone due to several broad characteristics, the AP reports.