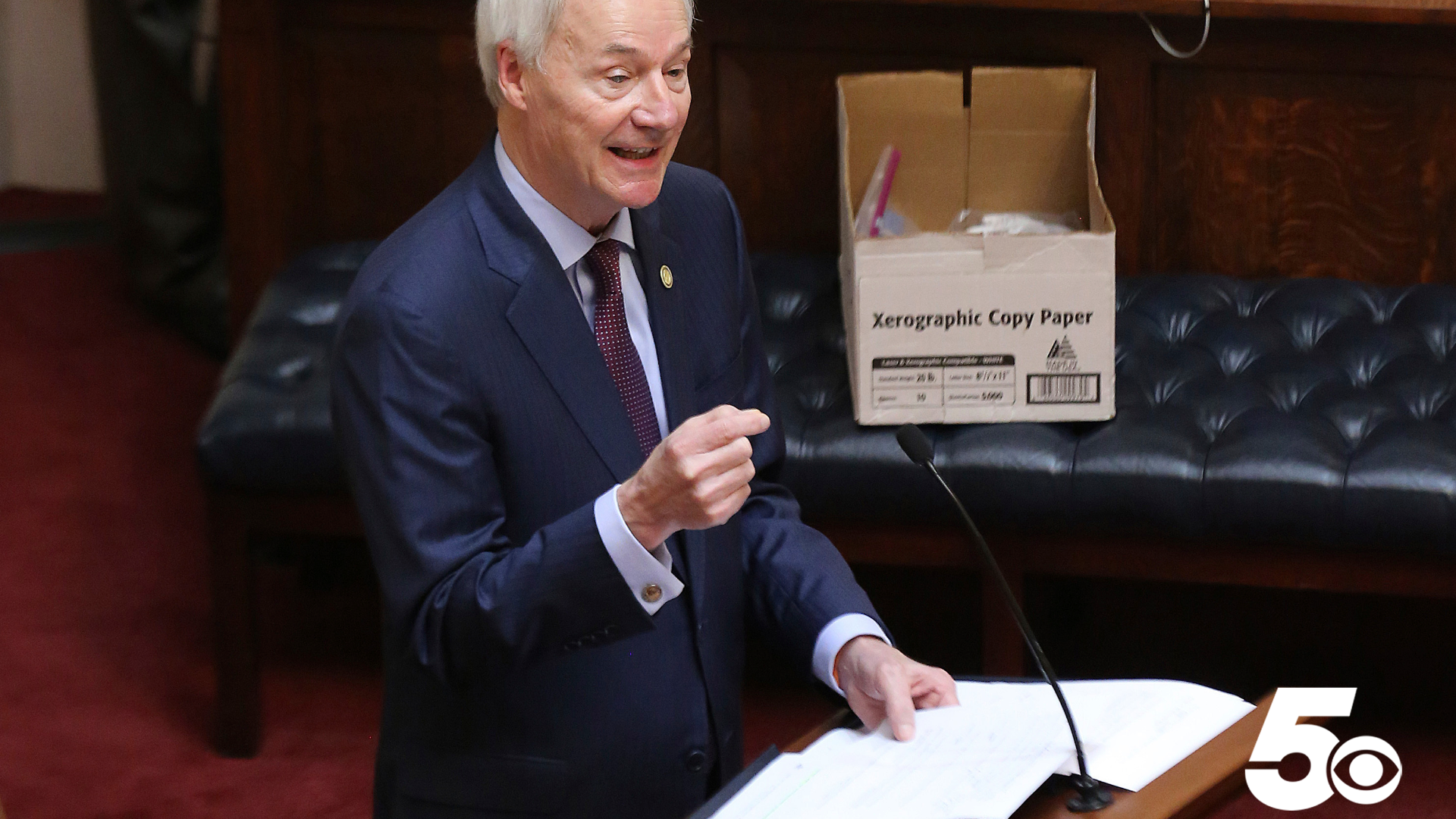 HB1570, sponsored by Ark. Rep. Robin Lundstrom (R-Elm Springs), and Sen. Alan Clark (R-Lonsdale), prohibits doctors from providing gender-confirming hormone treatment or surgery to minors or from referring them to other providers for the treatment.

A simple majority was needed by Arkansas legislators to overturn the Governor's veto. The Arkansas House of Representatives voted to overturn the veto by a 71-24 margin and the State Senate voted 25-8.

The measure is set to take effect this summer.

On Monday (April 5), Hutchinson said the bill was well-intended but is off course. He said if the bill becomes law, it would create legislative interference standards with physicians and parents who are dealing with complex issues.

Two weeks ago, Hutchinson signed into law a bill banning transgender women and girls from playing school sports in Arkansas based on their gender identity, stating that it will "help promote and maintain fairness in women’s sporting events.” Republican-led states across the U.S. have drafted similar bills challenging LGBTQ rights, CBS News reports.

During a press conference Tuesday, Gov. Hutchinson said he isn’t surprised by the lawmaker's vote against his veto.

The ACLU released a tweet saying they are preparing to sue over the bill.

BREAKING: The Arkansas legislature overrode Governor Hutchinson’s veto on HB 1570, a bill that would ban health care for trans youth.

We are preparing litigation as we speak.

The Walton Family Foundation, a nonprofit organization dedicated to improving social issues in Northwest Arkansas and the Arkansas-Mississippi Delta, issued a statement Tuesday (April 6) calling the challenge to LGBTQ rights in the state "alarming."

“We are alarmed by the string of policy targeting LGBTQ people in Arkansas. This trend is harmful and sends the wrong message to those willing to invest in or visit our state. We support Gov. Asa Hutchinson’s recent veto of discriminatory policy and implore government, business and community leaders to consider the impact of existing and future policy that limits basic freedoms and does not promote inclusiveness in our communities and economy.

Our nation was built on inalienable rights and strengthened by individual differences. Arkansas has been called the land of opportunity because it is a place where anyone can think big and achieve the extraordinary. Any policy that limits individual opportunity also limits our state’s potential.”

Tom Walton is the grandson of Walmart founder Sam Walton.

Family Council, a conservative education and research organization based in Little Rock, President Jerry Cox,  issued a statement saying, “This is really good news. Gender-reassignment surgeries can leave children sterilized and scarred for life. Medical researchers do not know the long term effects these procedures and therapies can have on kids. That is why many people equate them with experimenting on children. This good legislation will protect Arkansas’ children from sex-reassignment procedures.”