FORT SMITH, Ark. (KFSM) — Police are searching for a suspect who fled the scene of a hit-and-run crash shortly after midnight on New Year’s Day. At 12:42 ... 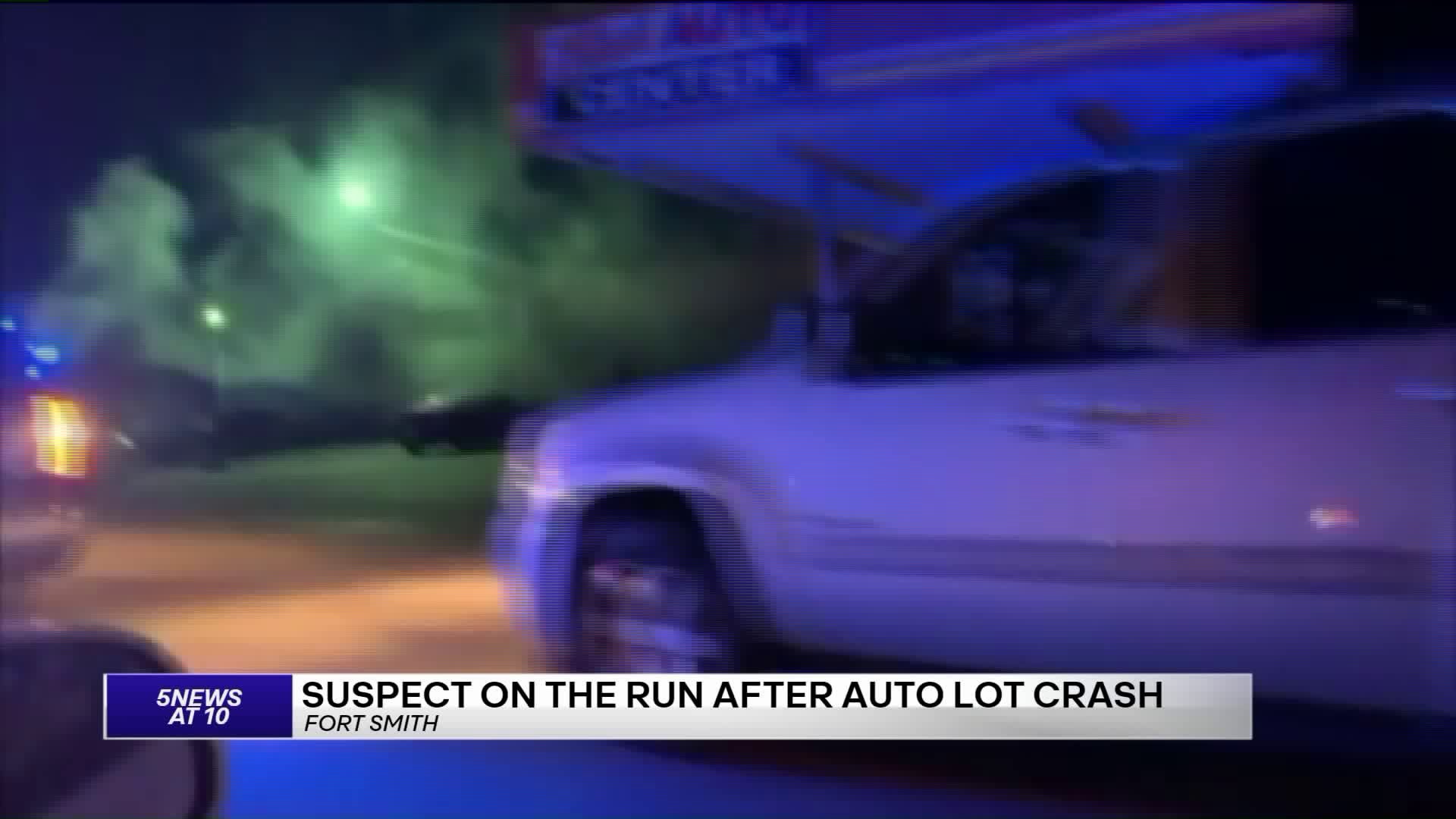 FORT SMITH, Ark. (KFSM) — Police are searching for a suspect who fled the scene of a hit-and-run crash shortly after midnight on New Year's Day.

At 12:42 a.m. Wednesday (Jan. 1) officers observed a passenger car around N 50th St just past Kelley Highway in Fort Smith. The car was doing an estimated 60 mph in a 30 mph zone.

As officers turned around in an attempt to pull over the vehicle, the driver ran a red light and struck a truck traveling west.

Both vehicles involved in the crash hit parked cars in the John's Auto Center parking lot.

Three suspects exited the passenger car and attempted to flee.

Officers were able to catch one suspect immediately, a juvenile, and took them into custody.

Another suspect was apprehended a few blocks away, walking through a drainage ditch in the 4800 block of Wirsing. He was later identified as 19-year-old Mario Guerrero.

The third subject was not located. Police are still working to determine his identity and whereabouts.

It's unconfirmed at this time which suspect that fled was driving the vehicle.

“One customer’s car was on the corner and it [the suspect’s vehicle] totaled it out. Five cars involved. There’s two other cars of mine that sustained damage but are not totaled out. One customer doesn’t know if they’re gonna be covered or not. There was a barricade and it took it out.. that was part of the cleanup.. two of us were out there cleaning up for more than an hour.”