“I felt like I needed to go. I felt like in my heart, I wanted to go support our football team and support the protests.” 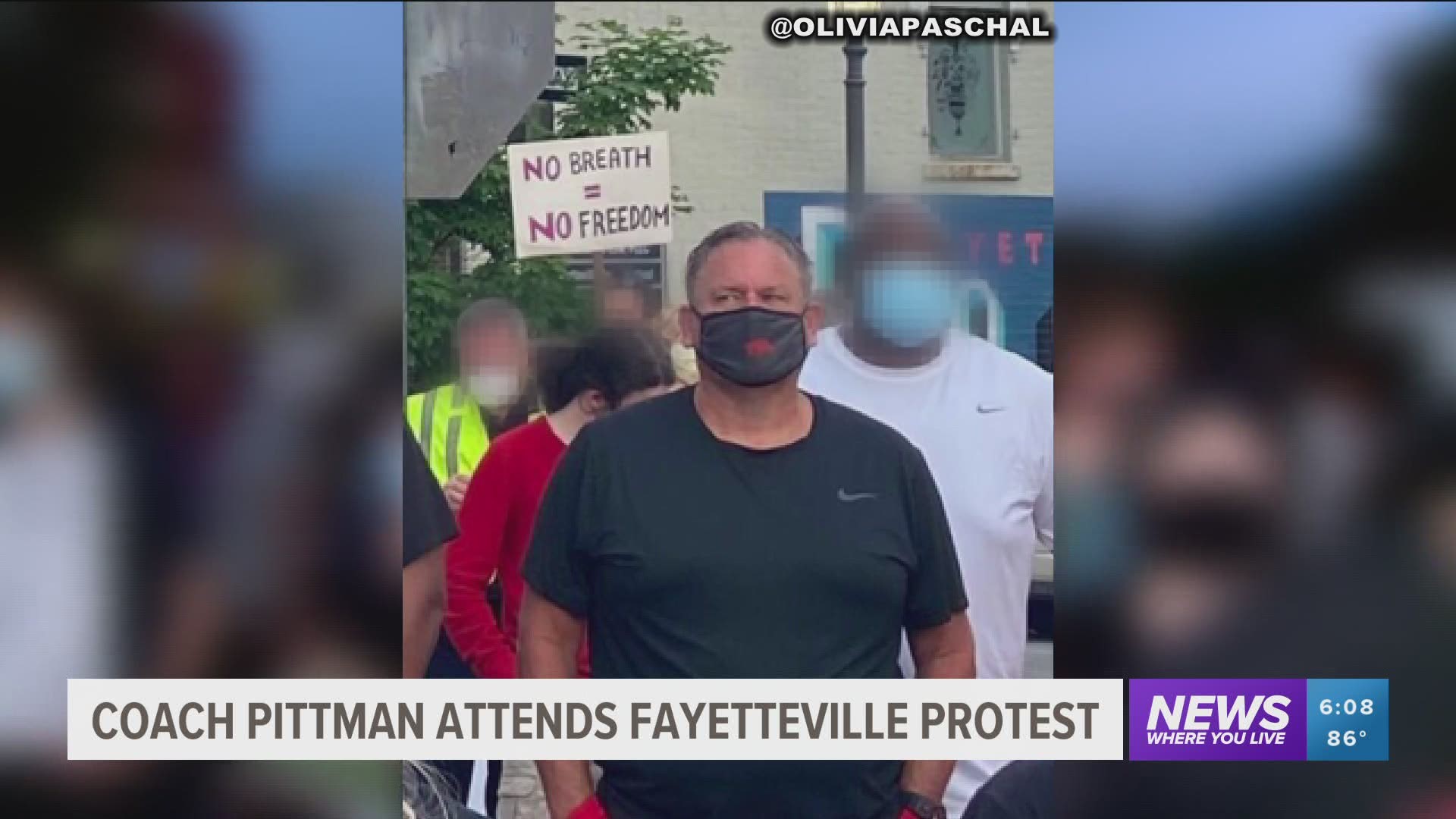 FAYETTEVILLE, Ark. — As protests against racial injustice swell around the country, the sports world has turned to college football coaches, who lead teams of predominantly young African American men, to display leadership amidst uncertainty.

Scrolling through Twitter, you find statement after statement from coaches around the country, with a notable exception.

There are no press releases or black boxes on Sam Pittman’s feed. Instead of the tweets, the Arkansas coach joined his players in taking to the streets

“I think you can tweet, you can do a lot of things, but actions are strong. For me, I felt the best way to address the situation was to be a part of something that could be a solution."

Pittman joined several players and assistant coaches at a peaceful protest in the Fayetteville square Tuesday night, then spoke to the media on Wednesday (June 3).

“It was very powerful. I was very honored to be a part of it, and I was glad I was able to go down there along with others on our coaching staff and our football team,” he said.

Pittman says it was a chance for him to connect with his team in person, something the last couple months of quarantine have made impossible for the first-year head coach.

Voluntary workouts can begin June 8 and as players begin to return to campus, he recognizes that difficult conversations are necessary.

“We’ve certainly talked about it for the last week, and we talk about it daily.”

Pittman is well known for his ability to connect with players and marching alongside them will only help to build that bond with his new team, he says.

“I felt like I needed to go. I felt like in my heart, I wanted to go support our football team and support the protests.”

The protest in Fayetteville was largely peaceful, with hundreds turned out to the square to remember George Floyd and protest racial injustice.