Police at the protest ended the night by taking a knee with protesters in support of George Floyd. 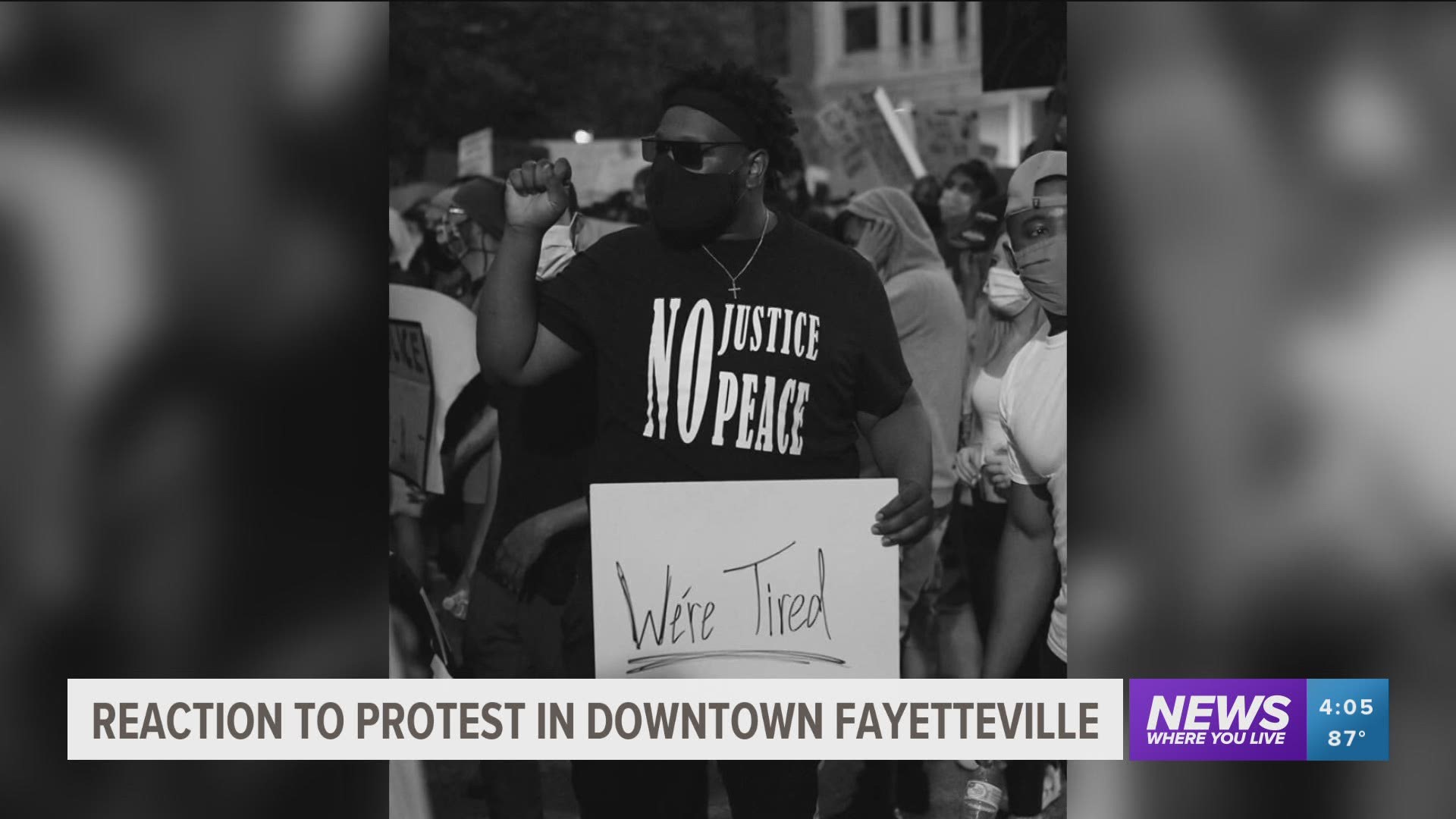 FAYETTEVILLE, Ark — Thousands of people gathered together at the Fayetteville Square Tuesday (June 2) to support the Black Lives Matter movement.

Other than a few fireworks and bottles being thrown, it was a pretty peaceful night. Police at the protest chose to show restraint and ended the night by taking a knee with protesters in support of George Floyd.

“It gave me chills because it felt like the reason we were out there was starting to make an impact,” said protester Mike Hairston.

Hairston says he’s never been more proud to be a part of the Northwest Arkansas community.

“It was white people, black people, Hispanics, I saw home Asians like it was so diverse it was an amazing experience the energy, it was organized," Hairston said. "The way they went about everything was amazing."

While speaking out against police brutality, Hairston says the officers at the protest did their part to respect protesters while also keeping the peace.

“There were several instances throughout the night where people came up to me and told me how happy they were we were there and how the protest was going so well and people were involved in it,” said Sgt. Tony Murphy with the Fayetteville Police Department.

Sgt. Murphy and Hairston both said that the majority of the protest was a success for both protesters and police.

“We had a very organized protest last night and you’re gonna have a few bad apples but for the most part there was respect on both sides,” Hairston said.

At the end of the night, police and protesters took a knee together in honor of George Floyd.

RELATED: Bentonville protesters joined in unity with man who came to guard the Confederate statue