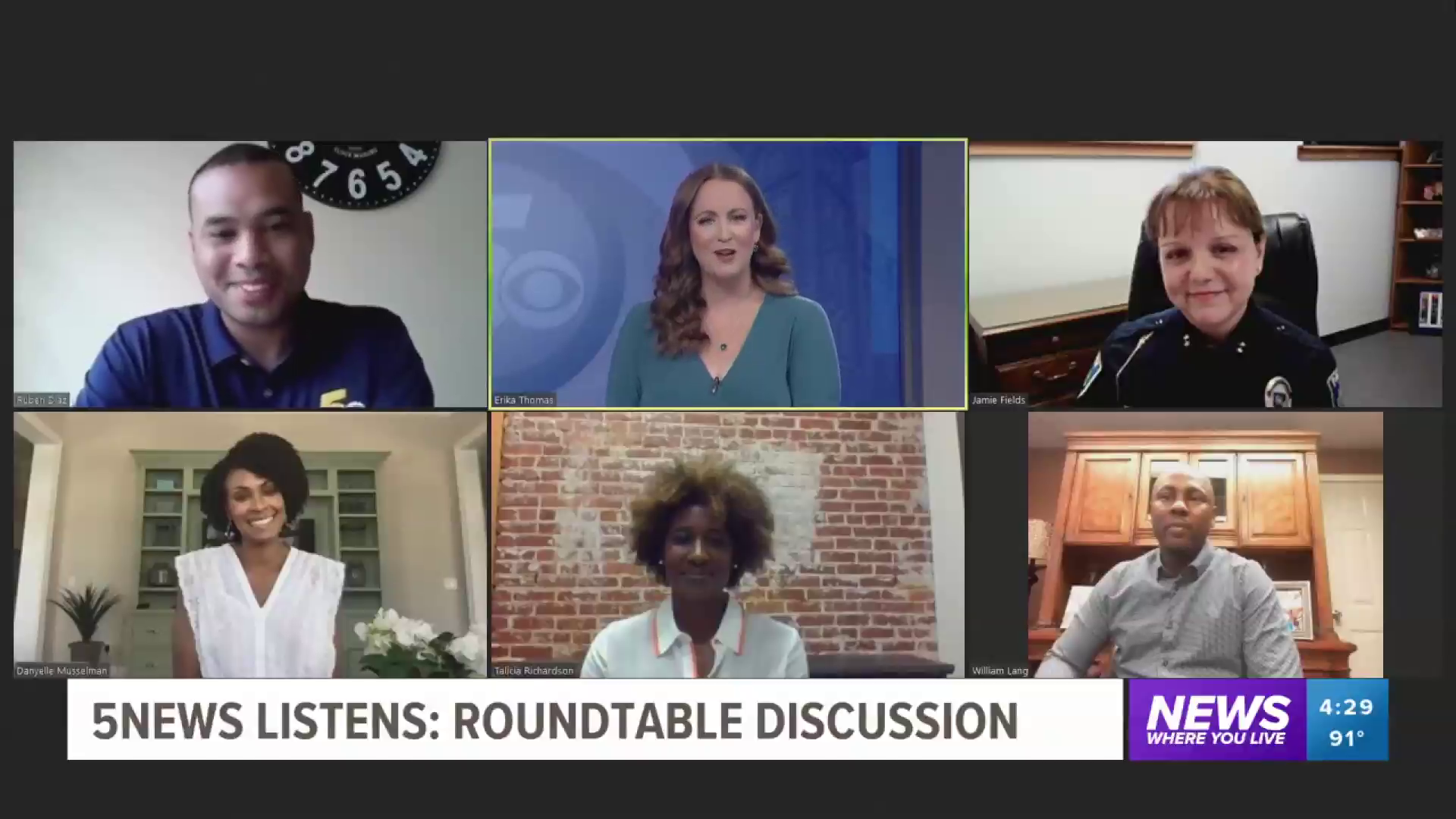 William Lang has lived and served in NWA for almost 16 years. He has served as a Youth Pastor in his church for 9 years. He has also coached youth basketball and AAU basketball on and off for the 16 years as well. He has worked throughout the school districts in NWA speaking to students through Fellowship of Christian Athletes where he served on staff for 3 years. He is also the co-founder of Lang Prep Academy for Postgraduate young men to get the opportunity to play basketball and further their education. He has acted as the Men's Razorback basketball team Chaplin and held weekly huddle groups for the Razorback football and baseball team as well. William now is the acting Campus Pastor at Restoration Church NWA in Fayetteville and he still serving in a volunteer role as an FCA associate.
William has been married to his High School sweetheart Blanch for 21 years and they have 3 Children Staisha, Joziah, and Jentzen, and one "Glam" daughter Nahla.

Talicia Richardson has acquired a wealth of knowledge crossing multiple business disciplines possessing over 20 years of experience in operations, quality control, and counseling in the industries of hospitality, health care, and now community and economic development.  Her experience and infectious enthusiasm engages all levels of an organization, from CEO to line employees.  She is committed to passing the knowledge she has attained over the years to others. As a Fort Smith native, Talicia was involved in a wide array of extracurricular activities and received numerous academic accolades before continuing her education at Spelman College in Atlanta.  After graduating with a Bachelor of Arts degree in Sociology, she returned to Arkansas to pursue her Masters of Counseling at the University of Arkansas in Fayetteville. Talicia is ecstatic to be back in her hometown in 2014.  She strives to an active participant within the community to make a difference through volunteer efforts with her sorority Delta Sigma Theta, mentoring, and serving her 2nd term as an At-Large Member of the Fort Smith School Board.  In addition, she served on boards locally and at the State level including the Western Arkansas Community Foundation, City of Fort Smith Planning Commission, and Arkansas Early Childhood Commission.  Talicia is a Leadership Fort Smith Alumni, graduate of UCA’s Community Development Institute, and member of the City of Fort Smith’s Complete Count Committee. She resides in Fort Smith her husband State Representative Jay Richardson and their two children Yuri, 23, and Jag, 8.

Danyelle Musselman has an extensive background working in sports broadcasting with years of experience in anchoring, hosting and reporting. Most recently, Musselman worked for the NFL Network where she served as an update anchor and as the host of "Up to the Minute."  She also served as the host for Yahoo Sports, and as an anchor for Fox Sports Net. In addition, Musselman worked as a sideline reporter for FOX Sports NFL games and spent two years anchoring various programs on ESPN and ESPNews.Musselman is married to current Arkansas Men’s Basketball coach Eric Musselman.  They share three children, Michael, 23, Matthew, 18, and Mariah, 9.

Deputy Chief of Police Jamie Fields began her career with the Fayetteville Police Department as a police and fire dispatcher on September 11, 1990. She was hired as a police officer on July 4, 1994. During her 26 years of sworn service, she served the department in many different capacities including as a patrol officer, a bike patrol officer, a detective, and a member of the crisis negotiation team. Deputy Chief Fields is a graduate of the FBI National Academy, the Criminal Justice Institute’s School of Law Enforcement Supervision and Arkansas Leader and the Police Executive Research Forum’s Senior Management Institute for Police. She holds a Senior Law Enforcement Certificate and a Bachelor of Science in Education from the University of Arkansas. She is currently a graduate student seeking a Master of Science in Operations Management at the University of Arkansas.

RELATED: Ways to give back to local community non-profit organizations during the coronavirus outbreak