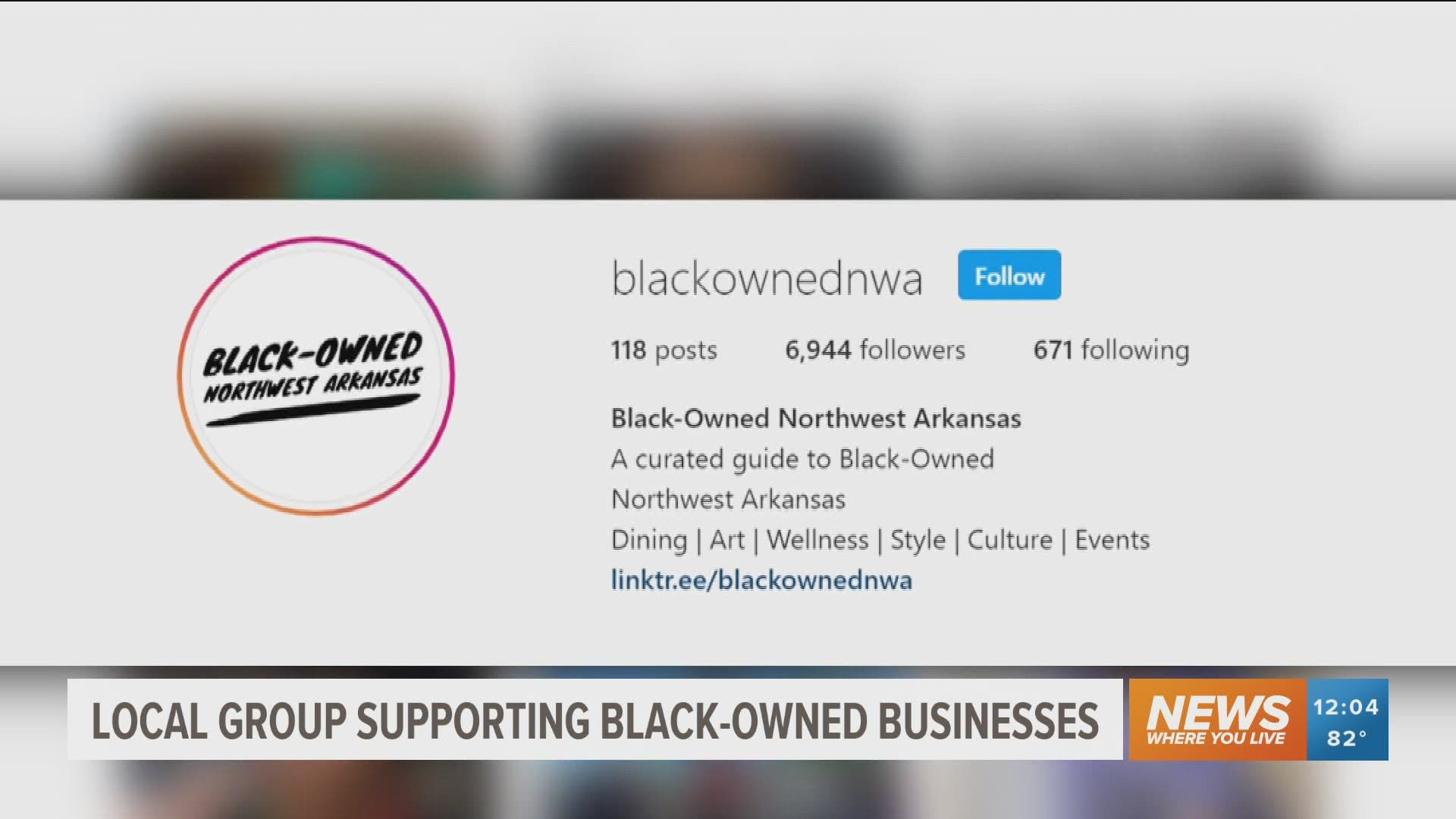 BENTONVILLE, Ark — Since the killing of George Floyd, people have been protesting for change for the African American community.

A group in Northwest Arkansas is now highlighting black-owned businesses in the area that people can support.

They say supporting these businesses is a way to create change and protest.

It was created last year but has seen its numbers triple in size since the killing of George Floyd.

We spoke with the group, who says it has been shocking to see the organization grow and if you are someone who wants to see change and help, but don't know how, they will help you.

"You can start by supporting local black-owned businesses, we also share resources on how to be an ally on our page, so if you are looking for ways to get involved and you just really don't know how to reach out, we'll be sure to help," says Jasmine Hudson.

The group says they want to keep the momentum going and for people to keep supporting black-owned businesses after the protests and hashtags end.

RELATED: 'It is important to bring our community together,' Bentonville Mayor pushing for equality in city following violent protest