SPRINGDALE, Ark. (KFSM) — Despite a supreme court ruling the citizenship question will not be on the 2020 Census,  some fear undocumented immigrants living in A... 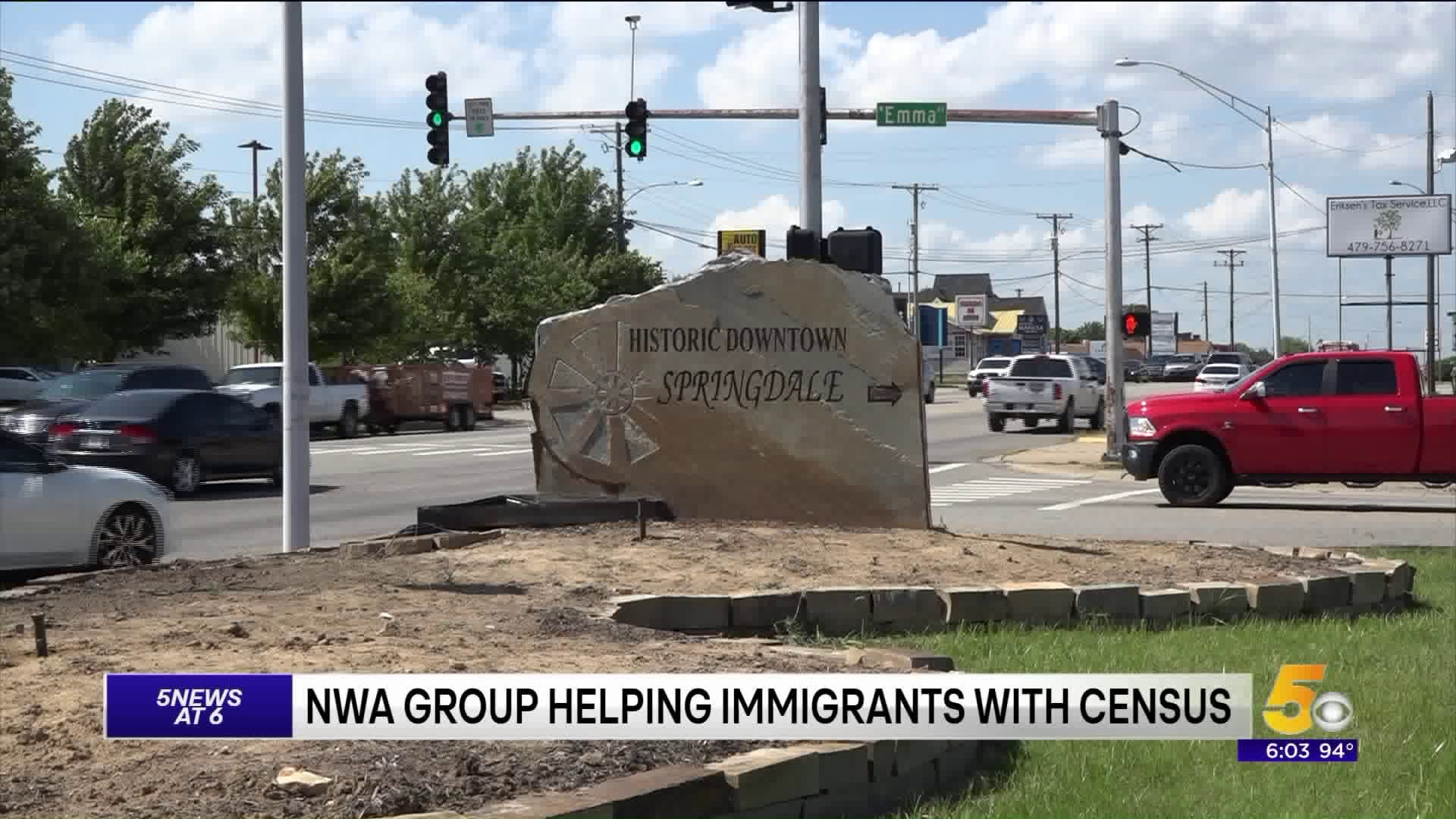 SPRINGDALE, Ark. (KFSM) — Despite a supreme court ruling the citizenship question will not be on the 2020 Census,  some fear undocumented immigrants living in America will be too afraid to fill out the survey.

An inaccurate count of how many people live in our country may have negative consequences for our cities and towns.

Executive Director for Arkansas United, Mireya Reith, says many immigrants said they don't feel comfortable filling out the 2020 Census after the proposal of the citizenship question along with recent policy changes to our border. They say discussions of raids are causing a lot of fear.

"We have a lot of mixed-status individuals as part of that family and they really just don't know how to interpret the current environment except to have fear and distrust, and unfortunately our concern will extend to the Census and the completion of the Census," Reith said.

Reith is also a founding member of "Arkansas Counts" and says their coalition is trying to make sure these hard to count communities get counted. She says the same approach is being used all across the country.

"We need to engage local organizations and individuals that have that trust relationship with our immigrant community," Reith said. "It is the only way they are going to be persuaded in full numbers to come out."

Springdale Mayor Doug Sprouse says it's important for everyone in the city that every single person gets counted. The effect will be how well the city can return services to residents.

"If you want to continue to see good streets and well-maintained infrastructure then it's very important that everyone in Springdale gets counted because everyone that lives in Springdale uses those resources," Sprouse said.

Mayor Sprouse says an undercount could easily cost the city millions of dollars and the city is stuck with the population number that comes from the Census until the next one in 2030.

The U.S. Census Bureau is looking to recruit workers here in Arkansas for temporary jobs in advance of the 2020 census. It's also looking for people who can speak other languages, including Spanish.