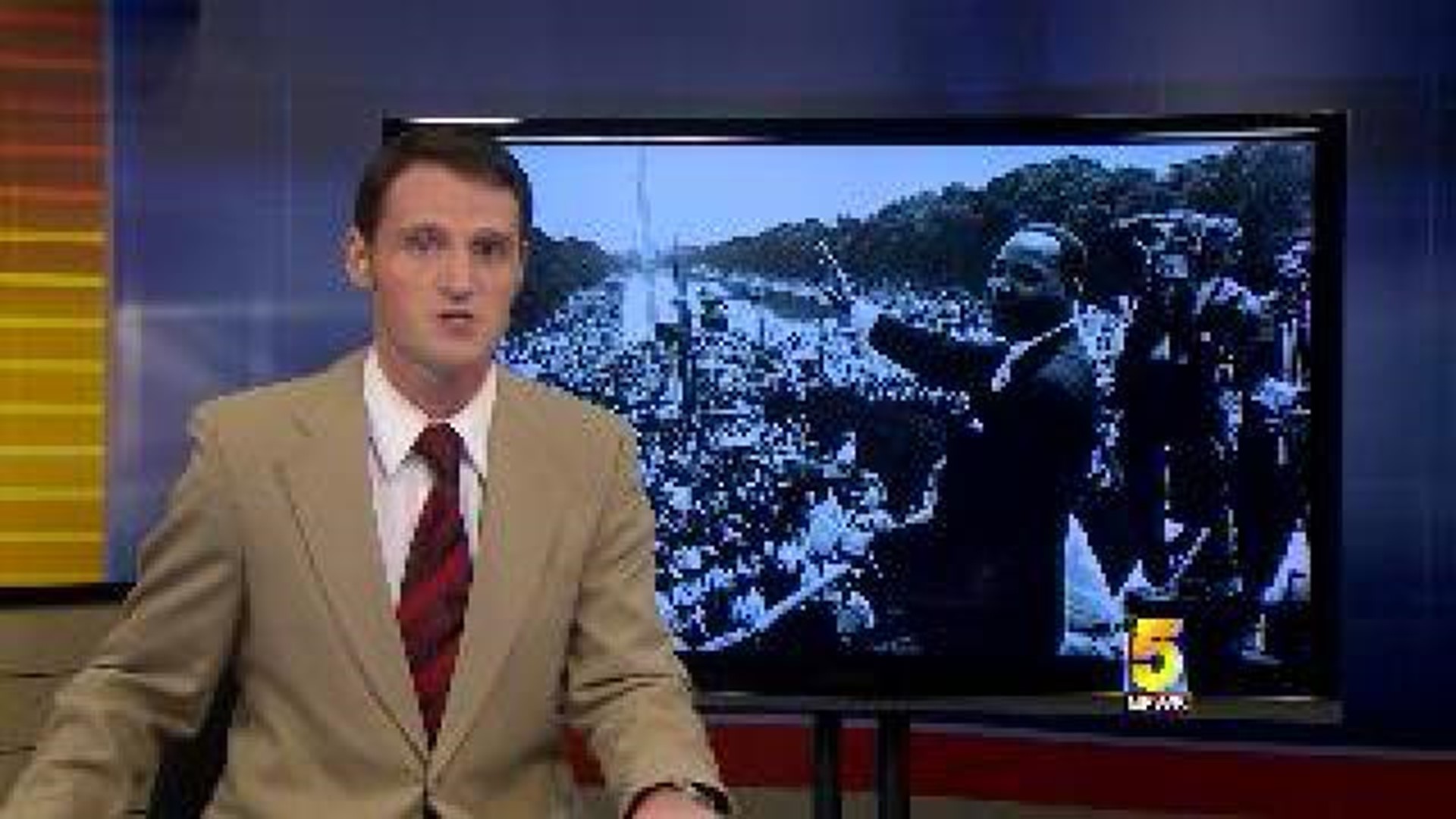 (CBS NEWS) Tens of thousands of people gathered on the National Mall Saturday to commemorate the 50th anniversary of Dr. Martin Luther King Jr.'s 1963 March on Washington, listening as political and civil rights leaders reflected on the legacy of racial progress over the last half-century and urged Americans to press forward in pursuit of King's dream of equality.

The event, which was sponsored by the Rev. Al Sharpton's National Action Network, Martin Luther King III and the NAACP, featured a roster of speakers, including King, Sharpton, Attorney General Eric Holder, Newark Mayor Cory Booker and Rep. John Lewis, D-Ga. They spoke from the steps of the Lincoln Memorial, where 50 years ago this month King delivered his famous "I Have a Dream" speech.

Many of the speakers addressed race relations in optimistic terms, describing America's progress as encouraging but incomplete, but they also delved at times into more controversial fare like the Supreme Court's recent decision overturning parts of the 1965 Voting Rights Act and the shooting death of Trayvon Martin.

Martin Luther King III paid tribute to his father's legacy. "Five decades ago my father stood upon this hallowed spot" and "crystallized like never before the painful pilgrimage and aching aspirations of African-Americans yearning to breathe free."

King's message was not a "lament" or a "diatribe," his son said, but a call to action - and a reminder that the work always goes on.

"The task is not done, the journey is not complete," he said. "The vision preached by my father a half-century ago was that his four little children would no longer live in a nation where they would judged by the color of their skin but by the content of their character."

"However, sadly, the tears of Trayvon Martin's mother and father remind us that, far too frequently, the color of one's skin remains a license to profile, to arrest and to even murder with no regard for the content of one's character," he said, calling for "stand your ground" self-defense laws to be repealed in states where they have been enacted.