Evacuations Made In West Fork, Winslow Due To Flooding 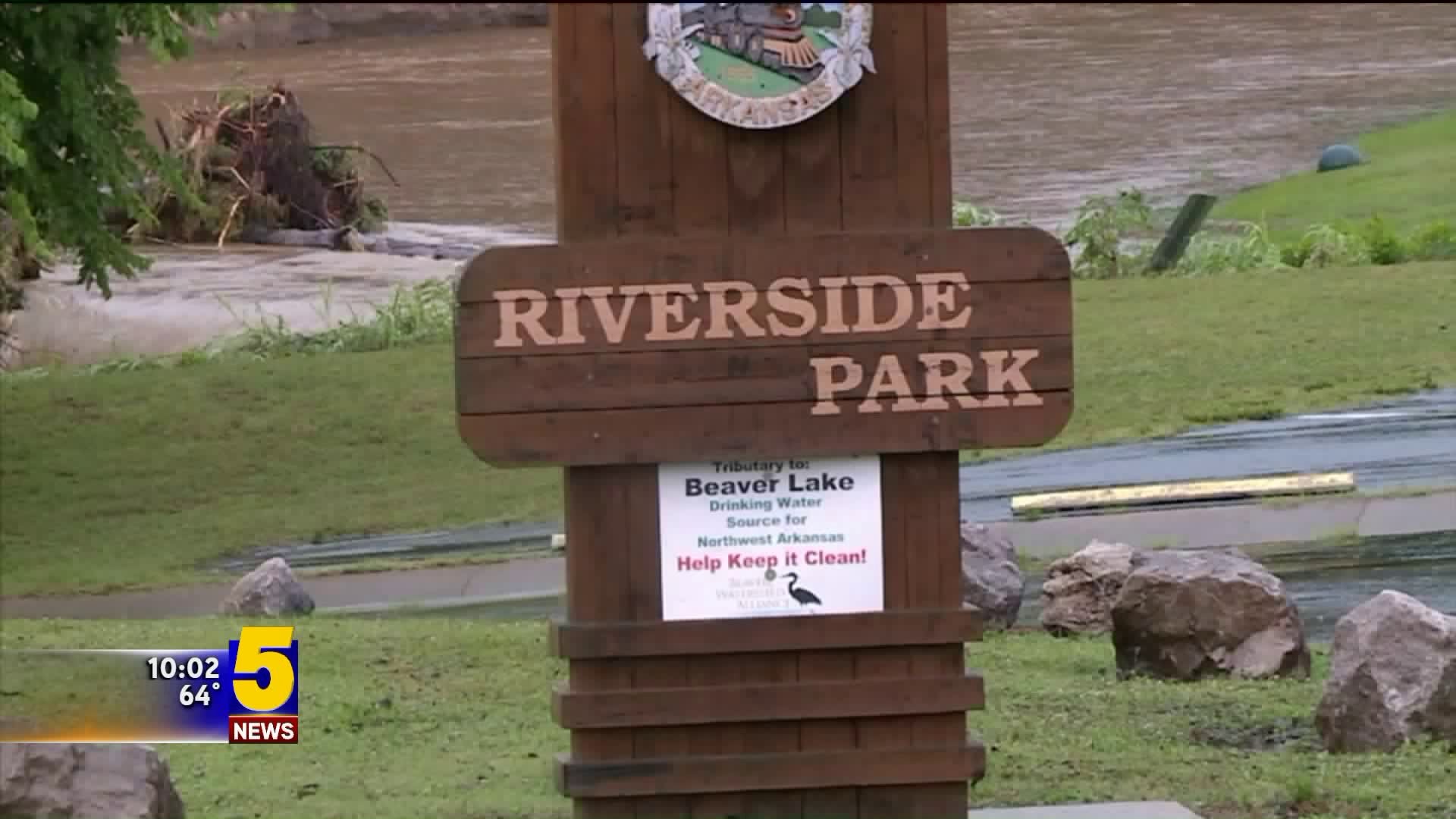 WEST FORK, Ark. -- Flood waters from serious storms earlier today (June 23) rose rapidly towards a few West Fork and Winslow homes and businesses, resulting in mandatory evacuations for those inside.

Amber Reaves said she didn't expect for West Fork police to knock on her door and tell her she was under an emergency flooding evacuation.

"I was stressing out the entire time like, 'Oh my gosh, what if it comes in the house? Is it going to ruin everything?'" Reaves recounted.

Reaves resides right next to Riverside Park, where rushing flood waters crept up to her home in a matter of minutes.

"This was kind of very sudden," she said. "I mean, we had warnings and watches but it happened so fast. Like I told you, maybe 30 minutes it moved and encroached like 20 or 30 yards just in 10 minutes or 15 minutes."

Reaves was one of the four people evacuated today in West Fork, while five homes were evacuated down the road in Winslow.

Also in Winslow, Boston Mountain fire crews were racing to their station after receiving a swift water rescue call.

They were shocked to find their own building filling with water.

"A few of us showed up to our station to find [it] was under water," said Calvin Reed, assistant fire chief. "Luckily we have other stations we can respond out of and everything turned out good on the rescue."

While the rescue was over, their day of cleanup had just begun.

"Two foot of standing water in our own building. We had a lot of stuff destroyed, so it was a mess," said Reed.

Reaves has since returned to her home and the Boston Mountain Fire Station no longer has water inside. West Fork Police said they plan to monitor the areas throughout the evening.

With a chance of more rain in the forecast, however, Reaves had one thing to say.