More than 1,000 spectators gathered together Saturday for the reveal of a larger than life monument of US Marshal Bass Reeves. 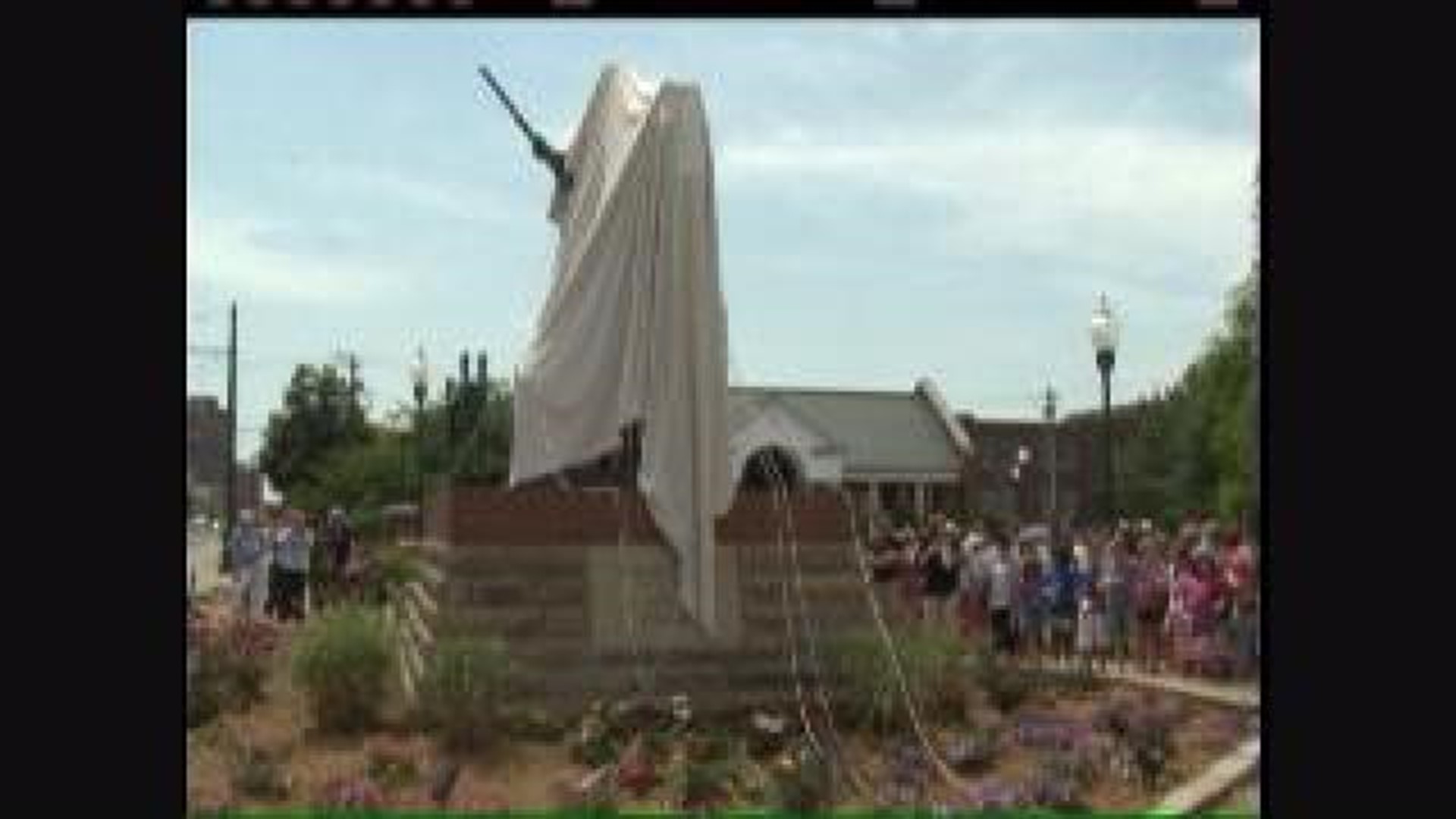 More than 1,000 spectators from Oklahoma and Arkansas gathered Saturday morning at Ross Pendergraft Park in Fort Smith for the unveiling of a larger-than-life monument of the late federal Marshal Bass Reeves.

Reeves, an African-American man born into slavery in Crawford County, worked his entire life to overcome racial hardships eventually becoming the first black lawman west of the Mississippi River. He even earned the title of legend.

Many say the unveiling was a long time coming. The monument took 5 years to create.

The statue was built in Norman, Okla. With the help of a caravan of police escorts, the Bass Reeves Legacy Monument made the 200 mile journey from Norman to Fort Smith in a flatbed trailer.

"If I was to ever win the lottery, I would rather have a police escort than a jet plane,” said Bass Reeves Legacy Initiative Chairman Craig Pair. “It was so wonderful, just going through all the red lights, all the stop signs. Traffic just parted for you, nobody got in your way... I could live like that."

The Bass Reeves Legacy Monument is now mounted on its base at Ross Pendergraft Park on Garrison Avenue. This statue stands around 25 feet tall and is made of bronze; the base is made of old cobblestone from a downtown street.

It was an emotional day for some as the statute was revealed.

"It doesn't matter what your color or what your ethnicity is, there's a heritage to Fort Smith that you played a part of,” said Pair. “Being able to bring that out in front of people where people can see that every day as they go down the avenue, I'm just really honored to be a big part of this."

Artist Harold Holden has been sculpting and painting for more than 35 years but since 2008, the Bass Reeves Legacy Monument has been his primary focus.

"It was just a great event for our city and for the region,” said Pair. “It's just a phenomenal story that we hope people will start looking into and learning a lot more about."

With the help of her school, Craig Pair's 12-year-old daughter, Hannah, put on a 3-day bake sale to help raise almost $2,000 in donations for the statue.

The Bass Reeves monument cost about $300,000 dollars, and it was funded completely by donations.

"When I grow up and I have grandchildren they will see the statue and I'll be like 'Oh, I was part of that,'” Hannah said. “I donated money to it, I helped with it."