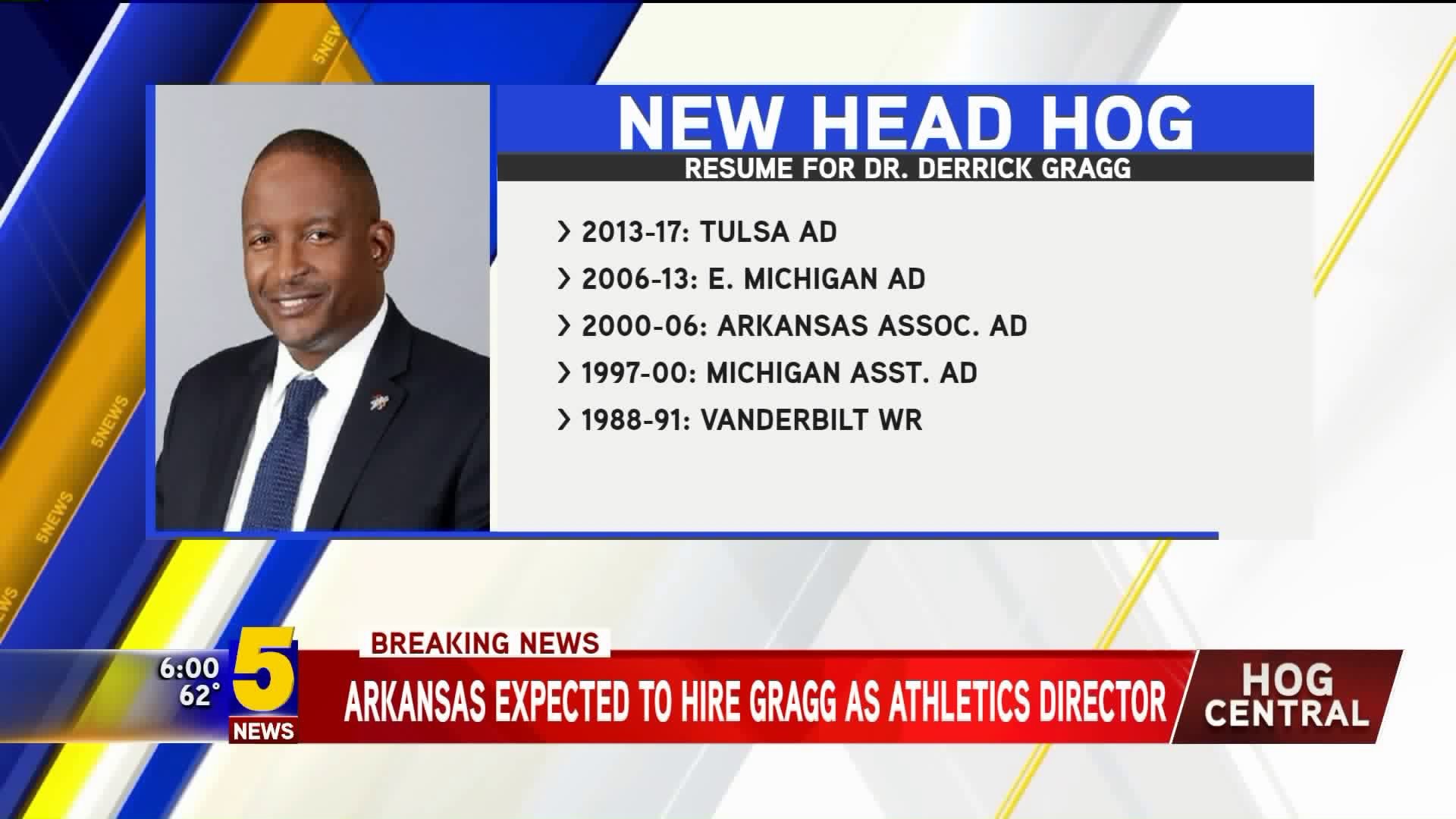 Sports Director Bobby Swofford had previously reported that Dr. Derrick Gragg would be the Razorbacks' next Director of Athletics.

Gragg spent the past four-plus years at the University of Tulsa and was the senior associate athletic director at Arkansas under Frank Broyles from 2000-2006.