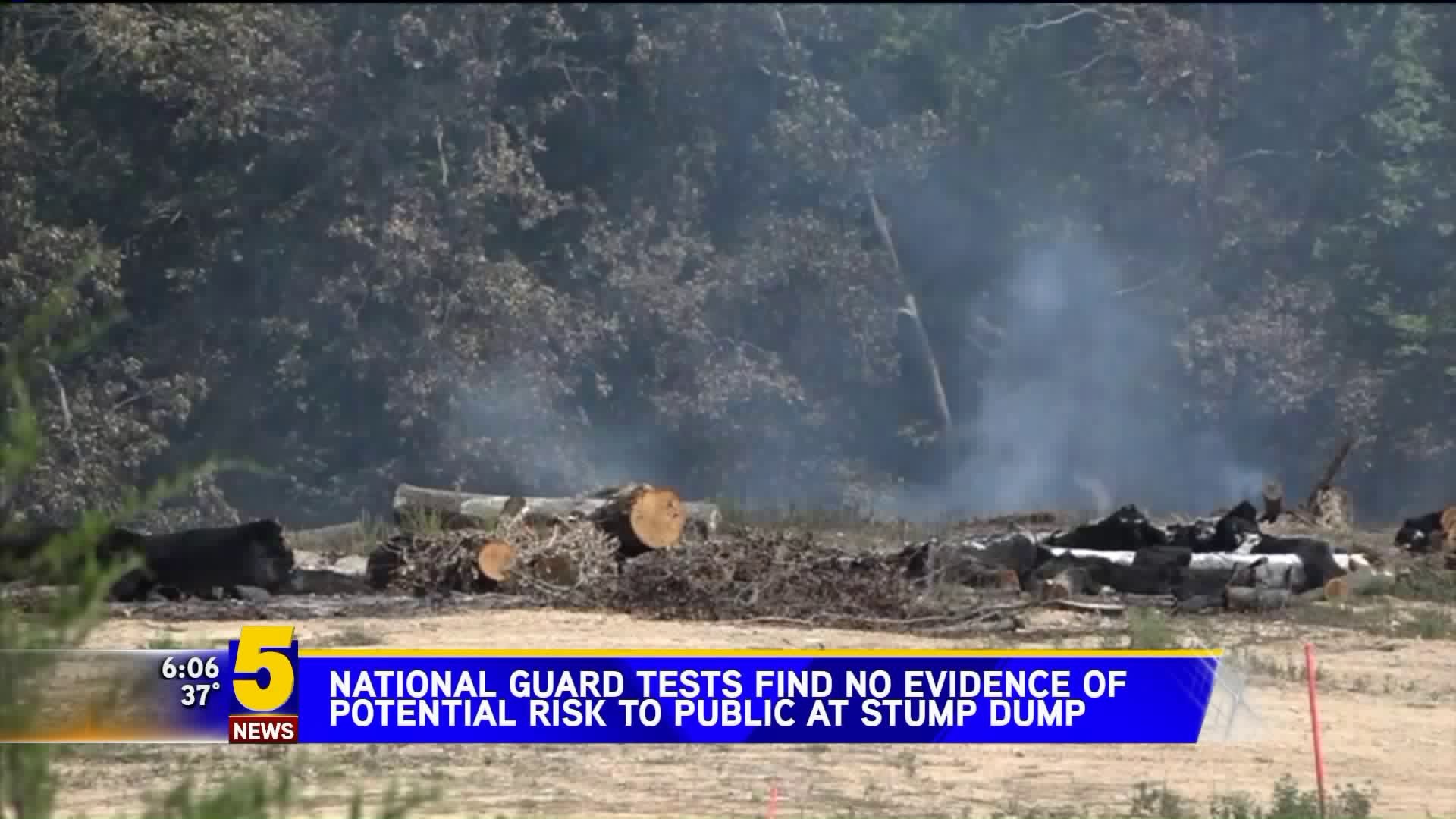 The guard's 61st Civil Support Team (CST) was brought in by the Arkansas Department of Emergency Management (ADEM) to test the air around the fire on Trafalgar Road and adjacent neighborhoods, including Knoyle Road and Mary Ann, Webb and Sutherland lanes.

The former stump dump has been smoking since July 2018, when debris underground caught fire — likely sparked by a pile of burning brush — and caused smoke from underground to billow up into the air.

The team tested for three days between February 26-28, finding that "total (volatile organic compounds) and other gases produced by burning were below public health risk levels," according to a news release from the Arkansas Department of Health (ADH).

The team recorded low levels of hydrogen cyanide at three locations, and carbon monoxide at one location, but in both instances, "these low readings do not indicate a risk to public health," according to the release.

However, ADH still recommends residents near the fire to limit their outdoor activity during smoky conditions.

A full breakdown of the results can be found here.

The U.S. Environmental Protection Agency and Arkansas Department of Environmental Quality (ADEQ) have been monitoring the air around the site, and most of the readings have come back at "good" or "moderate" levels, according to the Associated Press.

But one EPA reading in December came back with an "unhealthy" level, prompting the Arkansas Department of Health to issue a health alert, warning residents to "avoid prolonged or heavy exertion outdoors," including "running, playing or yard work," the AP reported.

ADEQ is working with EnSafe — a global provider of environmental, health and safety, engineering, and technology solutions -- local officials and other entities to contract on-site work, including:

ADEQ told the AP it could not answer questions about why the dump stayed open after an inspector went to the site in 2008 in response to a complaint that cement mixer drums from Bella Vista's developer had been dumped there.

The mixers were removed, according to local news reports.

The stump dump was leased by the Bella Vista Property Owners Association from 2008 to 2016.

It was used as a collection area for residents’ stumps, brush, and leaves. The POA closed the stump dump down in 2016 after it reached capacity.

However, ADEQ reportedly found tires, car parts, construction debris and more waste that could give off dangerous fumes when burned, buried at the site.