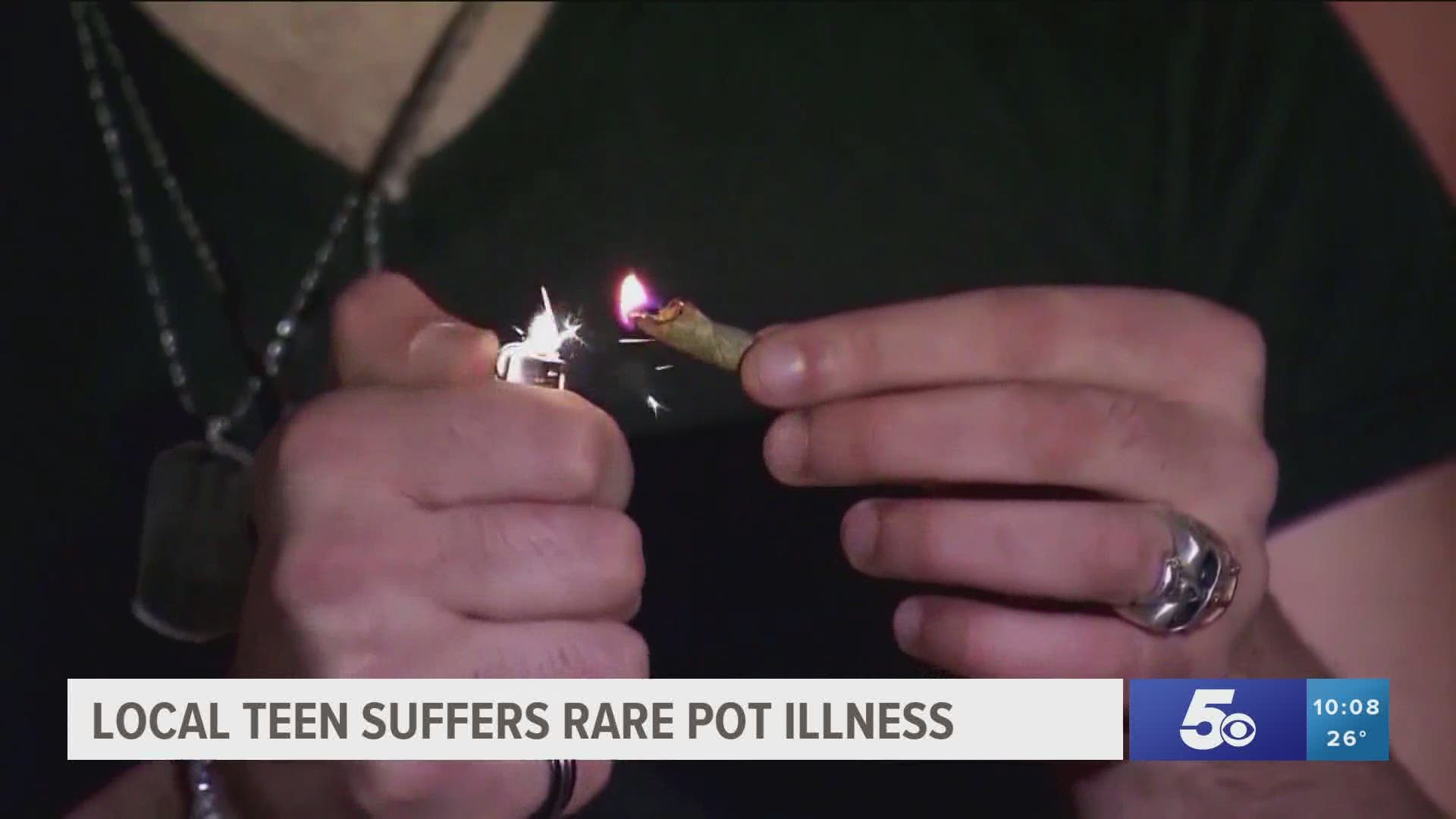 FORT SMITH, Ark. — Crawford County mother, Meredith Smith, said her son, who is a high school senior started seeing a doctor for what they thought was acid reflux. Her son was vomiting periodically.

"It was random vomiting, maybe once a month, perhaps even twice a month," she said. "Things escalated, and they escalated quickly."

She said when he started vomiting continuously. It landed him in the hospital with a team of doctors diagnosing a violent illness called Cannabinoid Hyperemesis Syndrome (CHS).

"I had never heard of it before. Every person I have spoken with since this incident occurred, outside of someone who has gone to medical school, they haven't heard of it either," Smith said.

She said her son, who 5NEWS is not identifying, felt like he had been poisoned. Her son started having symptoms over several months.

"They came in the room, a team of six doctors and explained to me this is what it was. I believed them instantly. A lot of people will be like, 'No, marijuana can't do that.' but in fact it can," Smith said. " Everyone wants to talk about how great marijuana is, and it is. Marijuana is great for all sorts of things. But people need to know this does exist."

Dr. Hriar Simonian, a Gastroenterologist with Baptist Health in Fort Smith, was one of the doctors that helped the family during recovery. He explained what CHS is.

"The cause is unknown. It is thought that THC, which is one of the ingredients in marijuana, causes changes in brain activity and can cause pain and nausea symptoms in patients," Simonian said. "Usually, in the past, I used to see 10 to 15 cases per year. But recently, in the past year or two, we are seeing more of 4 to 5 cases per month."

Doctors said CHS happens mostly in chronic marijuana users, but they have also seen it in short term users.

"Both inhaling, which is smoking marijuana and inhaling, can cause this condition equally," Simonian said.

Meredith said she's telling her story not to debate the use of marijuana, but to show other parents out there what to look for if their loved one starts suffering from symptoms of CHS.

"Just talk to them and tell them it's a real thing. Even if you are on your own and not telling anyone you are smoking marijuana, if you start vomiting, you might want to see your doctor," She said.

Simonian said the treatment for CHS is medications for vomiting, but ultimately no longer smoking marijuana is recommended.