Several people are still without water after the winter storm and subzero temperatures swept through our area last week. 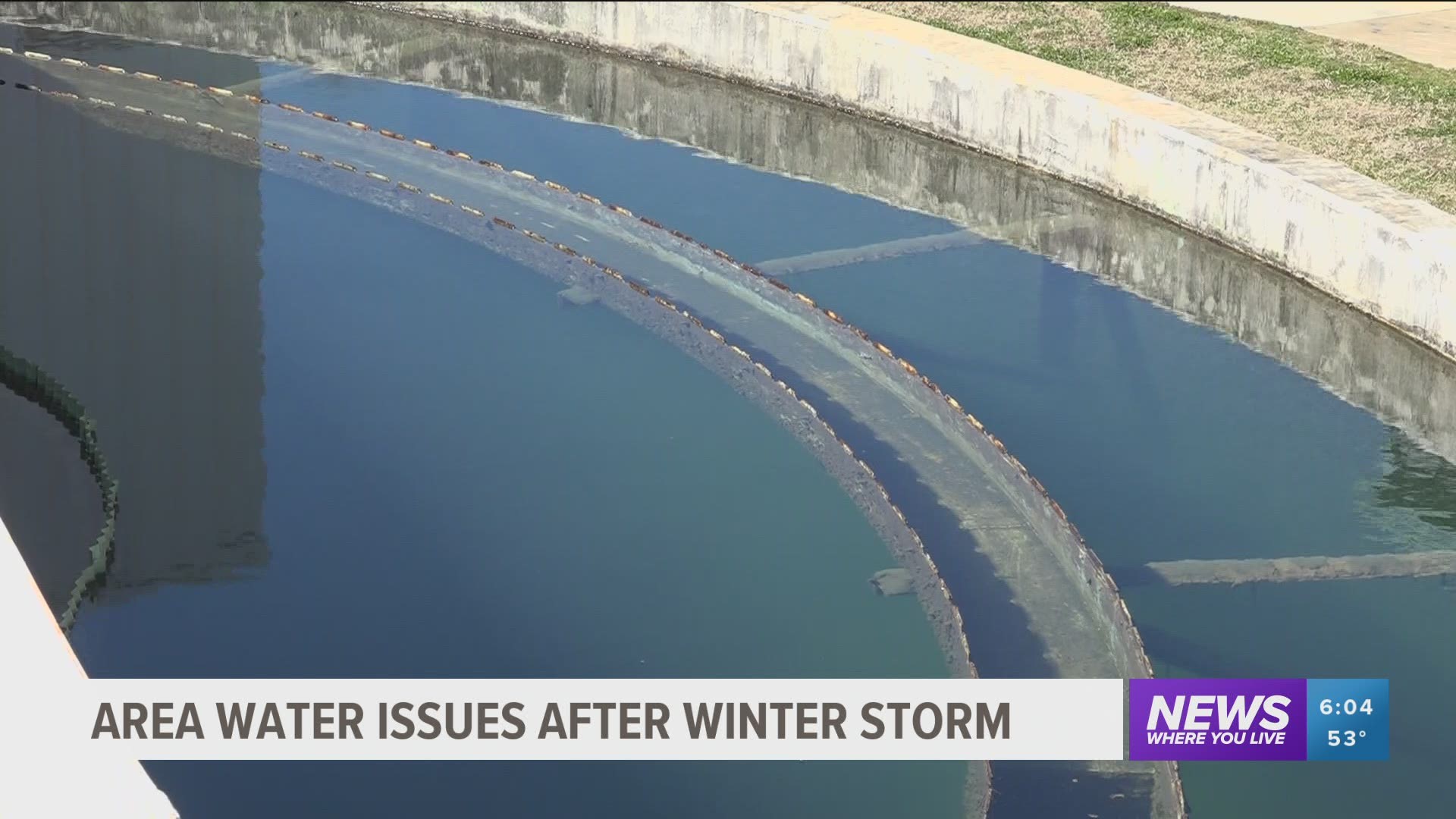 No water or low water pressure is still a problem for people living in several counties in our area after a winter storm swept through.

“I thought my water was froze but it’s a slow stream but come to find out that wasn’t the case,” said LeFlore County resident Samuel Clayton.

Clayton along with others have had issues with either low water pressure or no water since last week. He says it's very aggravating.

“It’s a small stream, I mean barely, not enough to flush the commode unless you let it build up a couple of gallons. And I’ve been catching water and also melting snow just to get by,” Clayton said.

The Poteau Valley improvement authority has been looking for leaks in its system since the first call came in about water issues last week.

Morrison says they believe water leaks in the districts may be the cause of the issue, which of course was brought on by the subzero temperatures last week. He says they are doing everything they can to get residents water again.

“Over the night last night, we have started building a little bit of pressure in our system. As long as we don’t have any major leaks anywhere, we should continue to build on that every night as the demand goes down,” Morrison said.

The LeFlore County Emergency Manager says water will be available for residents at the fire stations in the towns impacted, including Murry Spur.

In Franklin and Logan Counties, people who get their water from the Milltown-Washburn Public Authority are also without water.

A water hippo was brought in to Charleston by the National Guard for those without water.

While the water authority is working to restore water, they don't know how long it will take.

There is also a water filling station that will be open 24 hours a day at the Milltown-Washburn Public Water Authority.

Murry Spur firefighters will be at the Murry Spur Fire Station handing out water to those who need it from 9-11 a.m. and from 4-6 p.m. Tuesday (Feb. 23).