The Barling mayor issued a proclamation declaring Dec. 9 as “Legend Day.” Thanks to Legend's Kids for Kids campaign, 30 children had a much brighter Christmas. 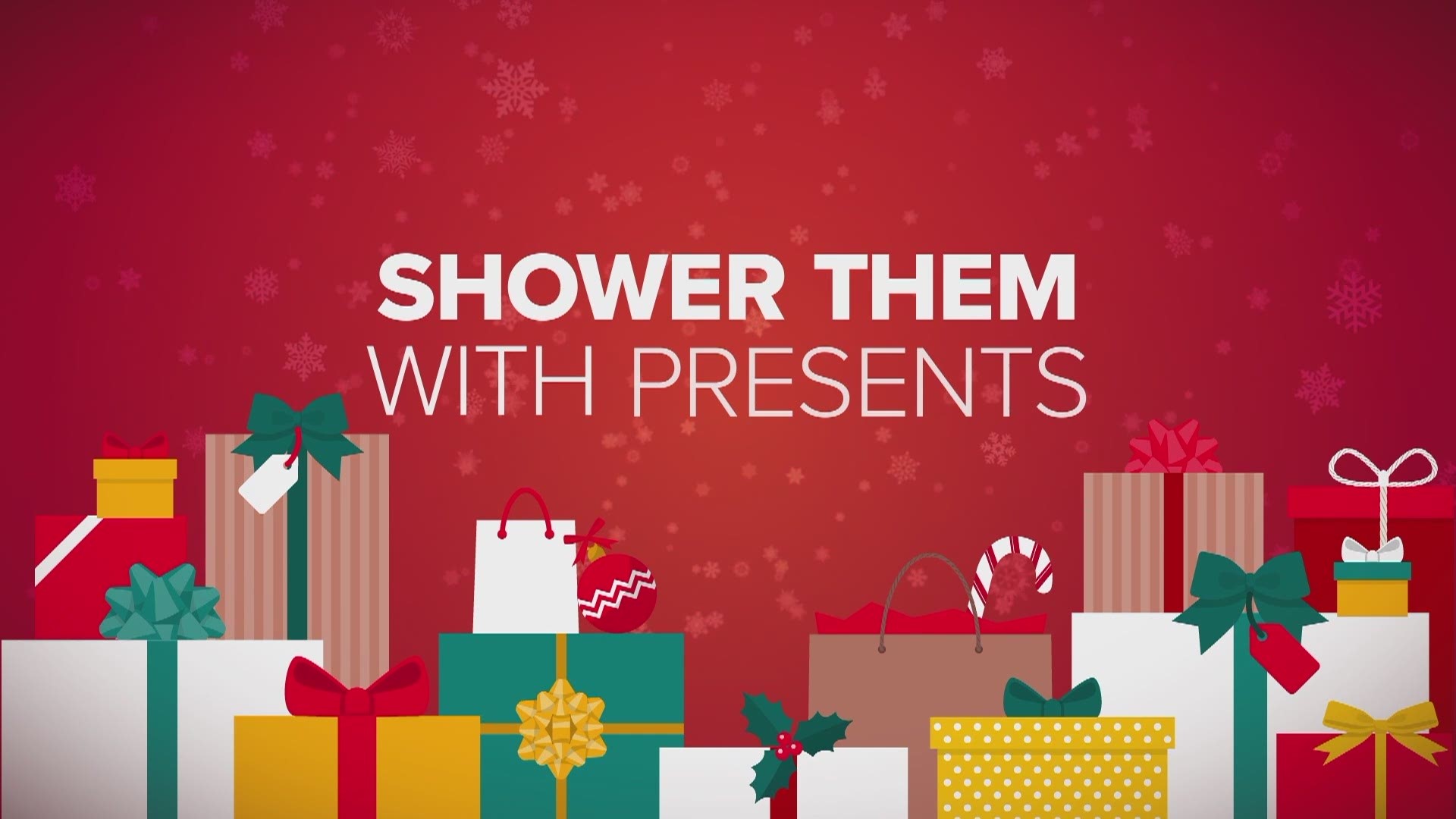 BARLING, Arkansas — Due to the pandemic, officers of the Barling Police Department (BPD) partnered with Barling Elementary to host its first-ever “Virtual Shop With a Cop” event on Tuesday (Dec. 15), where BPD officers assisted kids in buying gifts online from Walmart.

According to Darrell Spells, Barling Police Chief, the event would not have been possible without the efforts of Legend Turpin, a sixth-grader at Barling elementary, who raised over $2,000 for the cause, resulting in 30 local children being able to choose $100 each in Christmas gifts.

In early fall 2020, Legend Turpin started his own organization, the Kids for Kids campaign, to raise money for the BPD Shop With a Cop program, and every Tuesday and Thursday for a couple of months, he sat outside and sold cookies and Lemonade for 50 cents each.

His initial goal was to raise $100, which would have been a great accomplishment for any child, but he shattered that record on the first day of the campaign, and thanks to Legend’s hard work and support from the community, BPD was able to host a 2020 Shop With a Cop program.

"I can’t say enough about the outpouring of support we’ve received for this cause. It’s been a difficult year for everyone, but this community still found a way to step up for the children," said Chief Spells. "I’d like to thank our officers, some who worked the night shift and still volunteered their time to help, along with some of our city employees who volunteered to help. Because of their efforts, we were able to help 30 kids have a better Christmas this year.”

Barling Shop With a Cop:

At a Barling board meeting on Dec. 8, BPD presented Legend with a plaque in recognition of his Kids for Kids campaign benefitting the children of Barling in 2020 and for providing a shining example of hard work and community service for the citizens of Barling.

Then on Dec. 9, Legend earned a “legendary” achievement when Barling Mayor Wally Gattis issued a proclamation declaring December 9, 2020 “Legend Day” in the city of Barling.

A video shared by Legend giving an update on his campaign's progress leading into its final week will warm your heart and put a huge smile on your face. His excitement is precious. His love is authentic. And his kindness is inspiring.

For all those wanting a reason to smile, here you go. 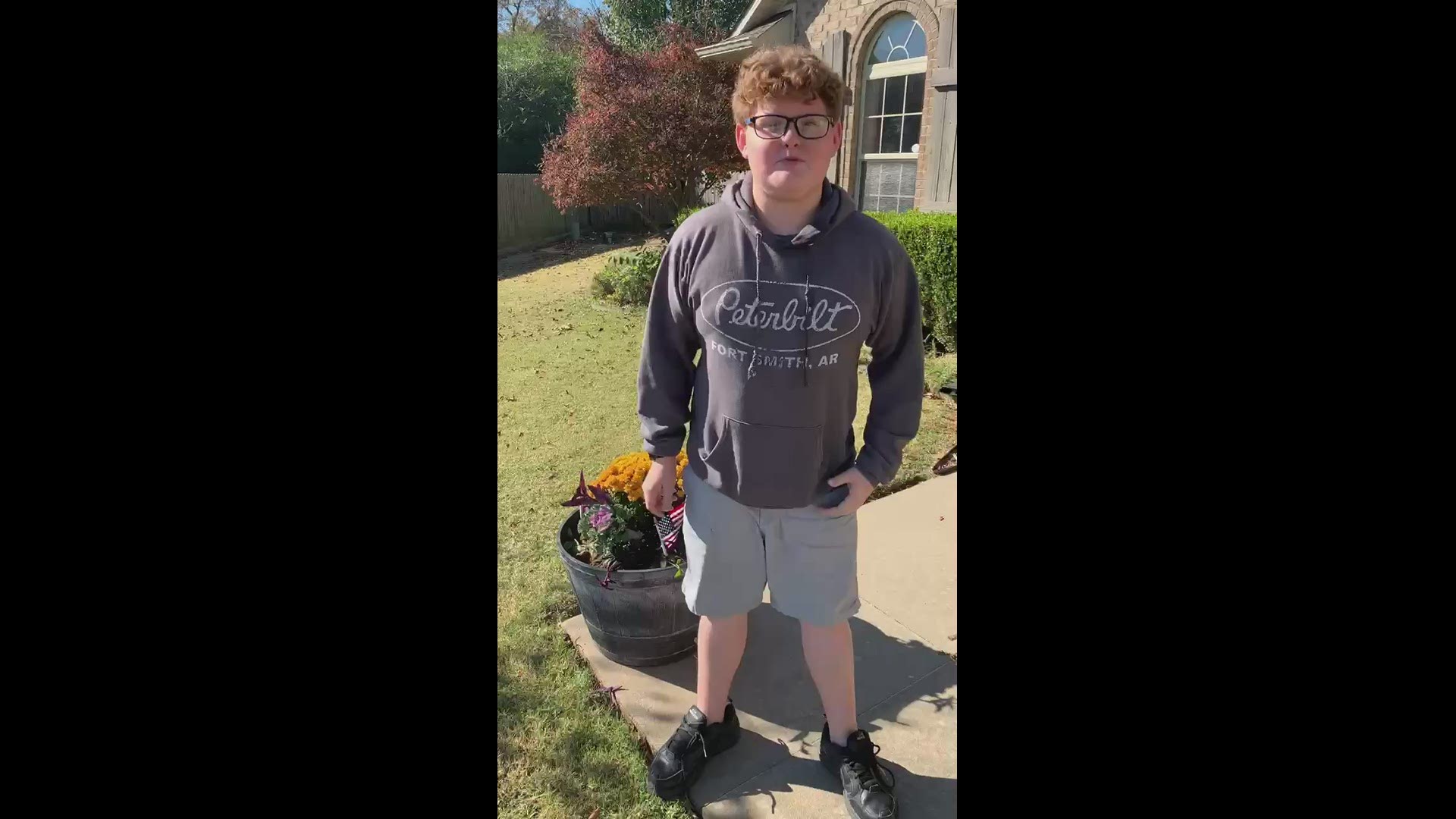 Legend's passion for helping other kids, devotion to making a difference, and the hard work he put into his cause had a big and positive impact on the children of Barling. When people saw the dedication Legend showed as he worked toward making his mission of helping other kids a success, they were inspired and touched.

One evening in November, Legend was outside selling cookies and hot chocolate when a man named Joe came by the stand wanting to support Legend’s efforts after hearing about KIDS for KIDS on the radio.

When Legend thanked him for his donation, Joe replied with tear-filled eyes and said, “Young man, thank you. When I was a little boy, we lived in Arizona, my family didn’t have much, but we had a program like this where the cops helped us in so many ways throughout the years. I know that most of my toys came from them too. It made a difference in my life, so thank you for doing this. You are helping your community to help each other too.”

RELATED: 3rd grader now collected over 250 blankets to give to the homeless in Fort Smith

With two days left of the campaign, Legend shared another update and said, "Thank you guys so much! Let's come together as a community and make all these kids so very happy. Thank you guys for what you do every day to help me raise money." 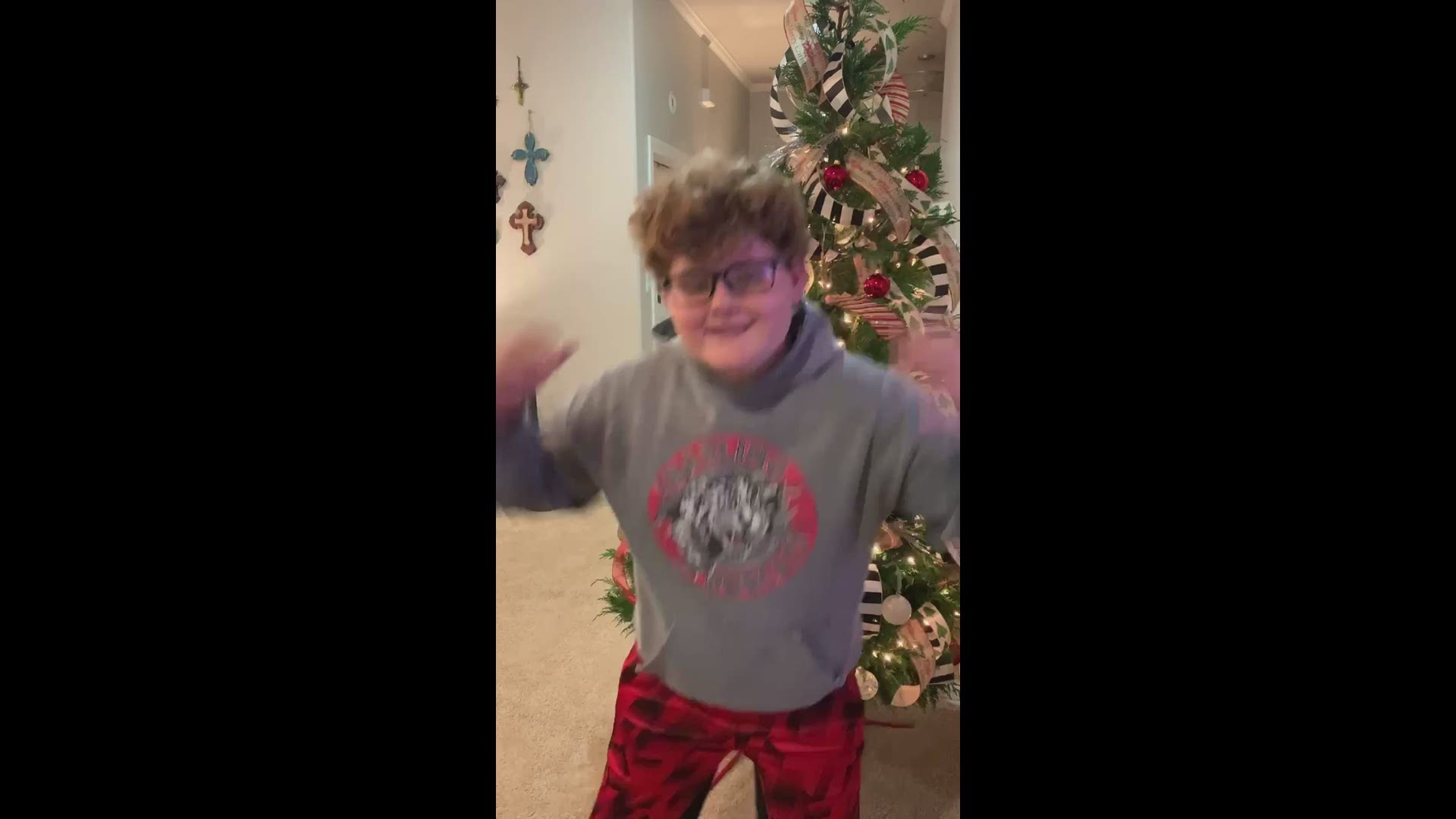 Montana Jennings, Legend's mom, is grateful for the support her son received from the community.

Montana said, "A heartfelt thank you from our family for supporting Legend, for supporting our community, and most of all, for choosing kindness. Each of you that have supported or came by to cheer Legend means so much to us. You are making a difference in this world, and you are an example to all three of our children that when families, friends, and communities come together for the good of others, a difference is made."

Montana is very proud of her son, his heart, and his accomplishment. Who could blame her? She, too, deserves a "job well done" for raising such a special young man.

"With each conversation I overhear in the driveway, I know that Legend is also learning so much more than just how many cookies it will take to reach his goal," said Montana. "He sees first hand a community of friends and strangers choosing to help someone, even if it’s someone they don’t know. How special of a time for his ten-year-old heart. I am so proud to be his Momma."

In addition to the money raised from Legend's Kids for Kids campaign, BPD received a generous donation from a local church, making it possible for the department to help even more kids.