Park birdies 18th hole to win by one stroke 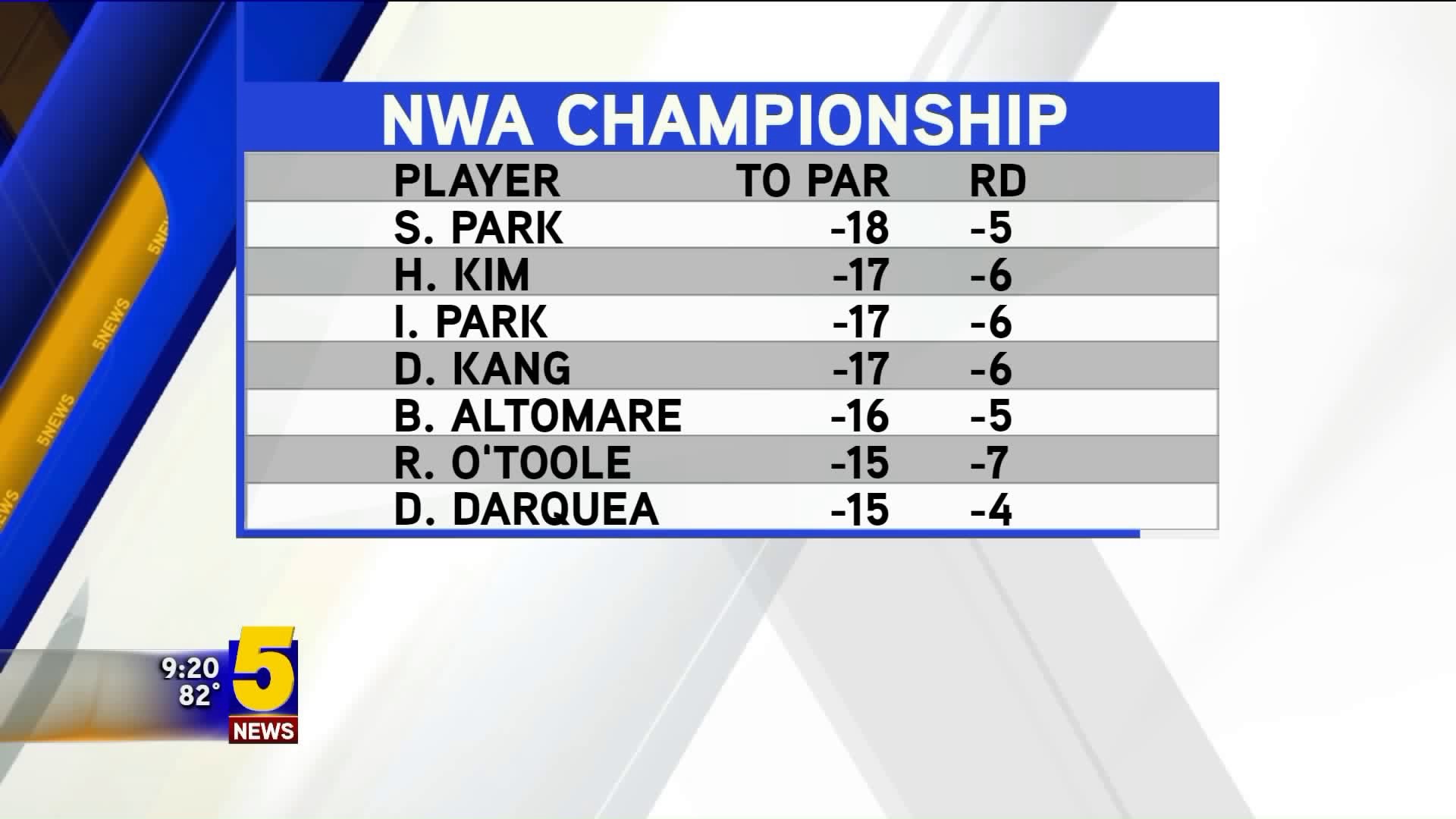 ROGERS (KFSM) - There was a four-way tie for the lead with just two players left on the course at the Walmart Northwest Arkansas Championship but one of those competitors happened to be one of the best in the world.

Sung Hyun Park was in the middle of the fairway at No. 18 and then found the center of the green on the par-5 closing hole to set up an easy two-putt for the win.

Park, finished the weekend at 18-under par, and moves into the top spot in the world rankings as she earned her seventh career victory.

Park is the 11th different champion in 13 years at Pinnacle Country Club and sixth South Korean to hoist the trophy.

Of the two Razorbacks that made the cut to Sunday, Gaby Lopez posted a better finish. Lopez shot 5-under par in the final round to finish tied for 13th at -13.

Stacy Lewis completed her first tournament in Arkansas as a mother, tying for 49th place with a three round total of 8-under par.