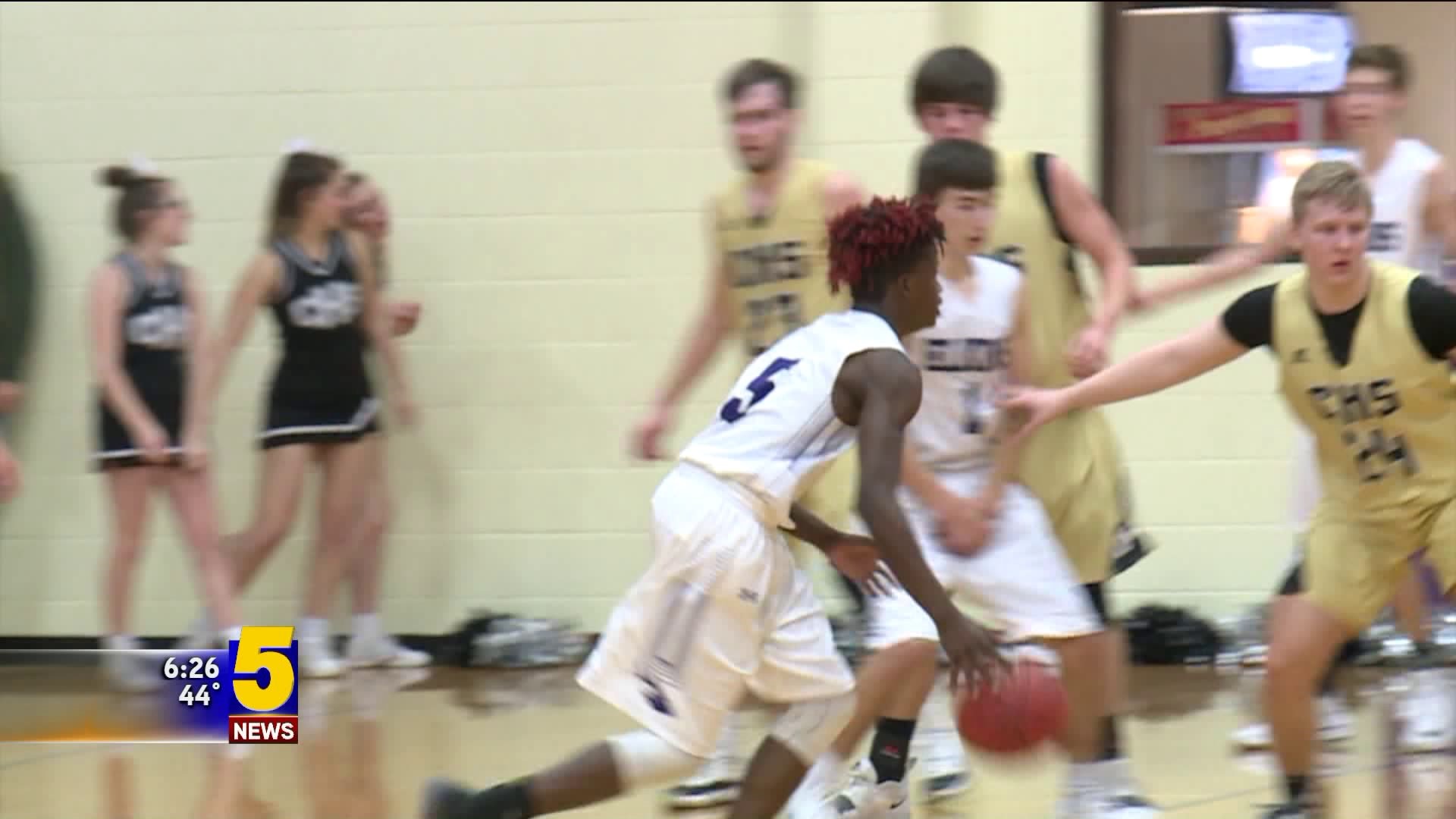 ELKINS (KFSM) - With Friday’s win over Charleston, the Elkins boys clinched he outright 3A-1 conference title.

"We usually win them every year, but that’s not coming from a cocky standard, we work hard to get those titles," says junior Paxton Barnett.  "Every title we get is big deal to us."

But these expectations are new.

"From three years ago we got six wins, to this year we already have 22 wins and a chance at winning it all," says coach Jared Porter

This senior class, though small in numbers, has been a big part of the progression.

"We have a whopping two players and one manager that are seniors," laughs Chad Graham, who, along with Camren Dunn, forms the senior class.

"They’re fun. We’ve only got two players, but they’re fun people, fun to be around, fun to play with," adds Barnett.

With district tournaments starting this week, they’re not ready for things to end just yet.

"You kind of dread it, because every game is going by so quick you look up and you’re at your next game and you’re like dang, time’s flying right now, and I don’t want it to fly because I know this is my last season," sasys Graham.

"It makes me want to play to the best of my ability; it makes me wasn’t to go home and not even be able to move, just giving it all I have every game, because every game is just over and you can never get it back."

And they hope to leave a mark on their program and their city.

"I want to end out with a punch, I want to leave something for this town."

"I want everybody to remember me and Chad, like oh yeah, I remember Chad Graham, I remember Cameron Dunn, just leave something."