Season Ends With Controversy for Hogs

The Diamond Hogs’ season ended with a loss in the College World Series and with a bit of controversy thanks to the home plate umpire. One of the things that mak... 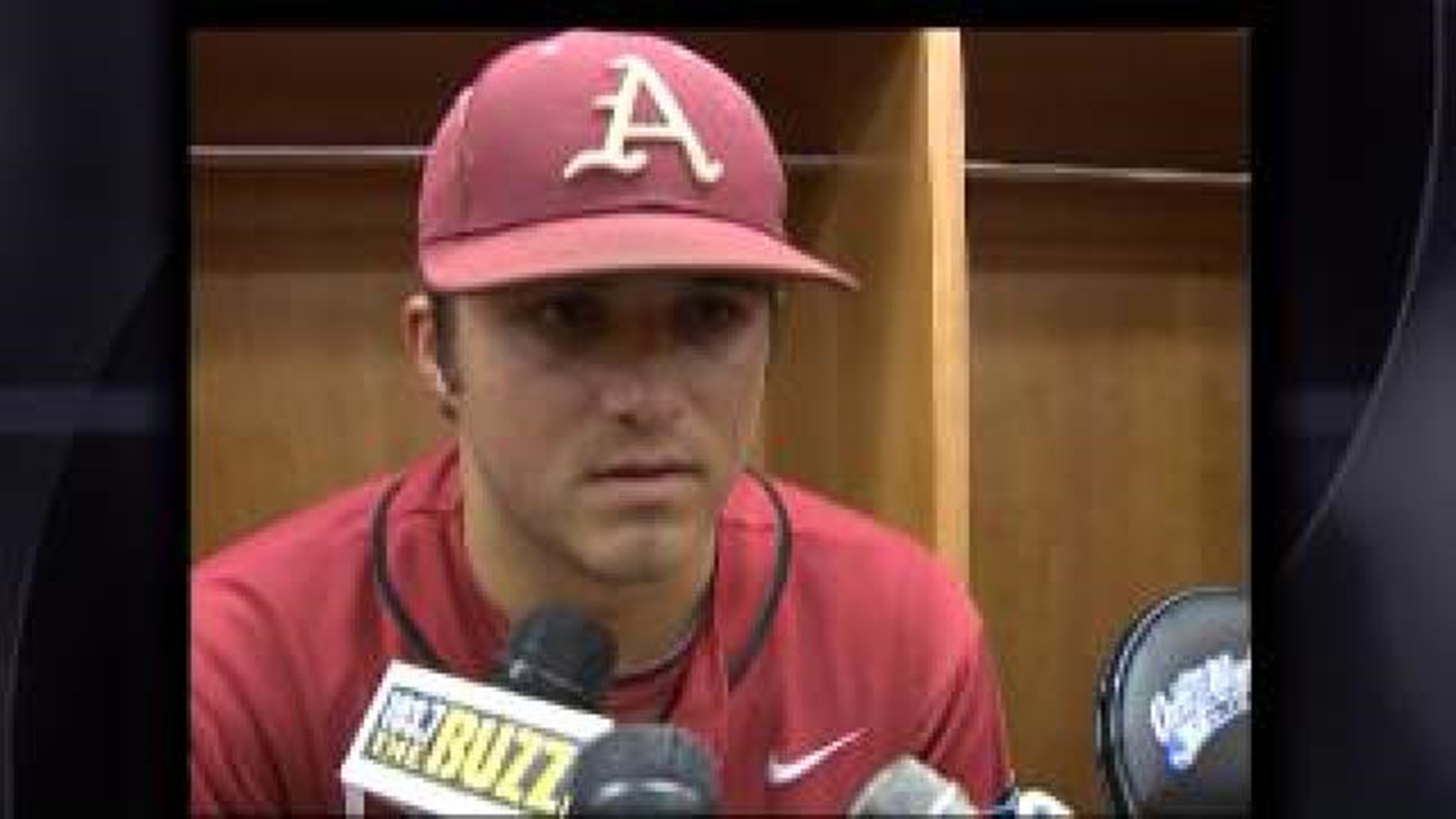 The Diamond Hogs’ season ended with a loss in the College World Series and with a bit of controversy thanks to the home plate umpire.

One of the things that makes baseball great is the human element, but in Friday’s matchup with South Carolina, home plate Umpire Perry Costello’s strike zone flummoxed Hog hitters and pitchers as the staff issued a season high nine walks.

By rule, the strike zone is defined as the midpoint between top of the batter’s shoulders and the top of his uniform pants, down to the hollow of his knees and over the plate, which is 17 inches wide.

When asked after Friday’s loss to discuss how the umpire’s fluctuating strike zone affected the approach for the Hogs pitchers, Arkansas Coach Dave Van Horn declined.

“That staff didn’t deserve that,” he said. “DJ doesn’t walk people. He didn’t walk five people. Suggs threw some really nice pitches that didn’t go our way, which is disappointing, and that’s that. You can’t really talk about it. But like you said, we didn’t walk nine people all year in a game, especially not when you’re throwing pitches that we three tonight.”

“Can’t say anything about the umpire, but the umpires change every game, so both teams have to use the same umpire, so there’s nothing I can say,” Baxendale said.

On the other side, Hog hitters seemed to be the victims of some rather generous strike three calls as well. But at the end of the day, the big hit, or the big break, just seemed to elude Arkansas.

“Just hats off to my team for playing hard and bustin’ it and giving us everything they had.”