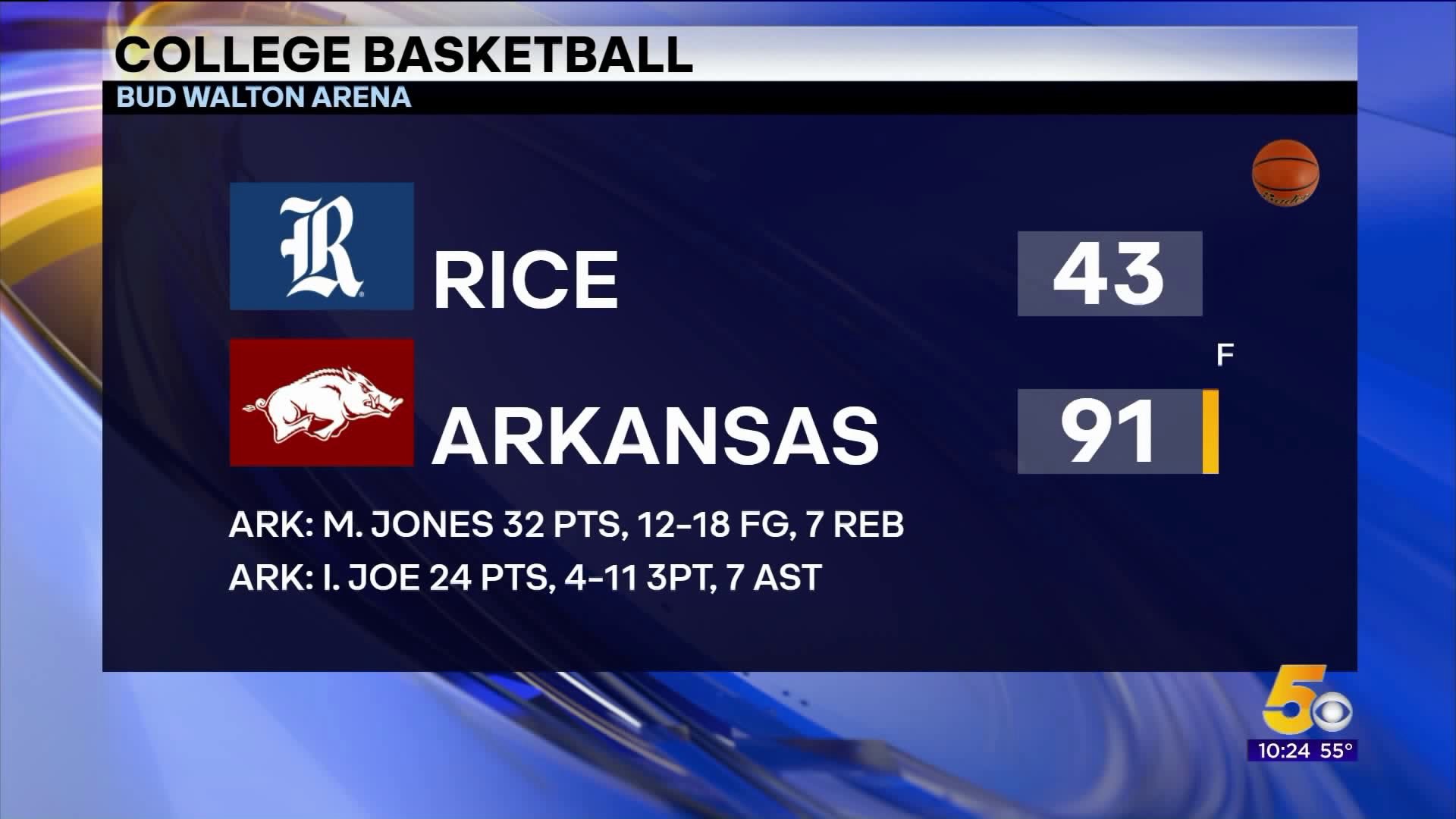 FAYETTEVILLE (KFSM) - The Eric Musselman era could not have started any better as they started fast and it just got better from that point for Arkansas.

Jones went 12-of-18 from the field, including 4-of-8 from long distance, while adding seven rebounds and three assists. Fellow guard Isaiah Joe added 24 points on 10-of-18 shooting with seven assists and five rebounds. Jalen Harris pitching in 10 points off the bench.

Arkansas built a 20-point lead at the half and then cold shooting saw Rice's hole get even deeper. The Owls shot just 29 percent for the game and went 2-of-25 from 3-point range.

The biggest stat might have been rebounds as Arkansas owned the glass 45-27. That was one area coach Eric Musselman was concerned with as the Razorbacks are lacking in the front court, especially now that forward Reggie Chaney has been suspended.