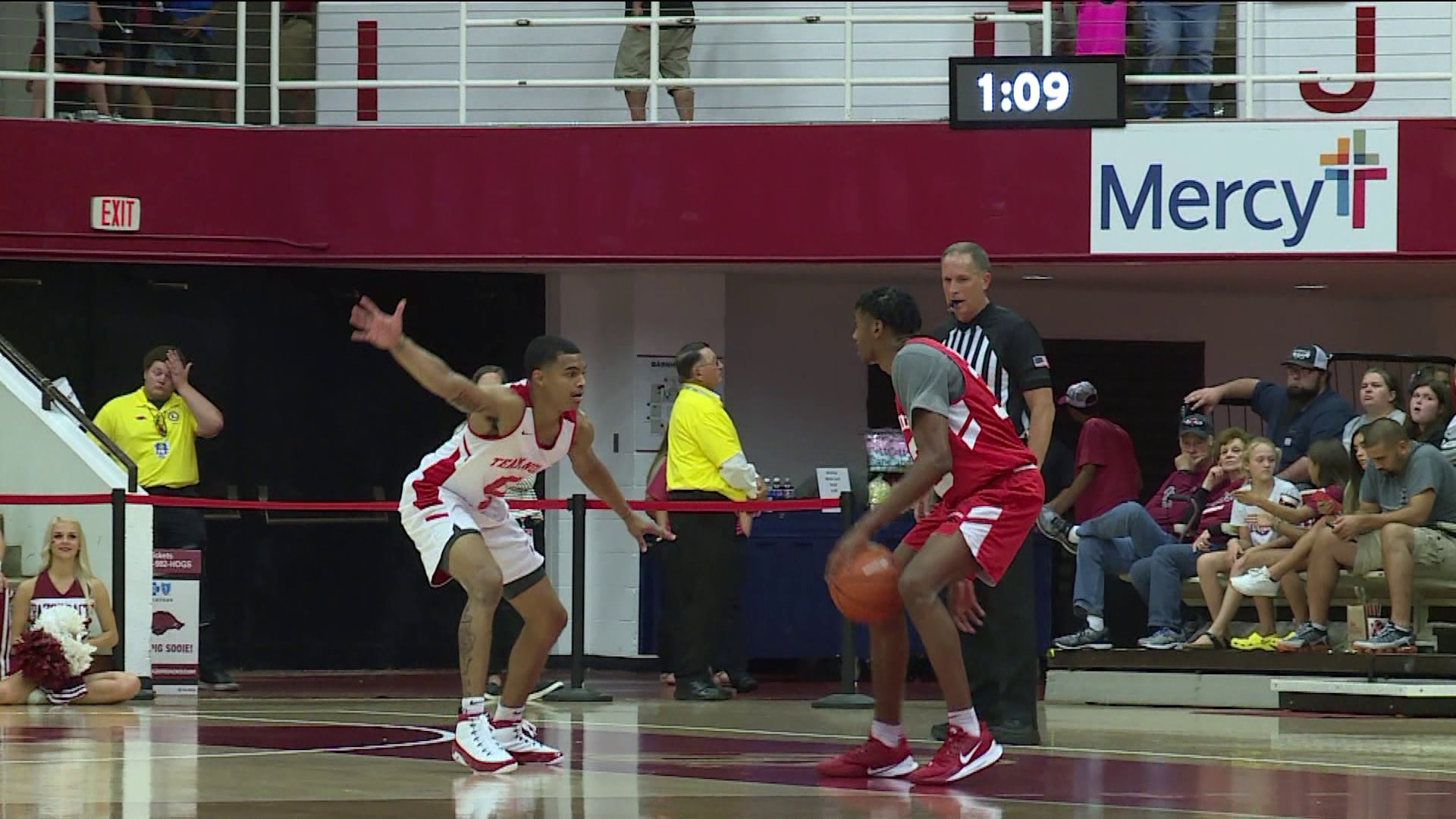 FAYETTEVILLE (KFSM) - One of the new faces for Arkansas isn’t really that new at all. Jimmy Whitt Jr. played his freshman season with the Hogs, then transferred to SMU. But the senior is back for one final year.

And it became immediately apparent in Saturday’s Red-White game just how crucial Whitt will be for the Razorbacks success this season.

"Jimmy Whitt did a great job rebounding the basketball," Musselman said. "I liked how he didn’t force the issue from an offensive standpoint."

"Oh it’s really big for him to be a big guard like that, to rebound for us," added Reggie Chaney. "Man he has long arms so that’s gonna be good for us for him to get in there and rebound. He’s physical too."

"That’s what I wanted to do, showcase that I can rebound, defend, make some shots, make some plays," explained Whitt. "So I feel pretty good about how it went."

Whitt scored 14 points and pulled down six rebounds in leading the Red team to a victory.

"You know when we recruited Jimmy Whitt that was a big thought process. He’s one of the best rebounding guards in the nation," Musselman said.

"He brings a lot of things offensively and defensively cause he’s a great defender," Isaiah Joe recapped. "His rebounding is great so he’s gonna get defensive and offensive rebounds. He’s great at the point guard, his vision is incredible."

"There are certain guys that when the lights come on, their personalities come out a little more," said Musselman.

"It’s the little things that win games and every team has to have a guy on the team that’s willing to sacrifice and do little things," added Whitt. "That’s one of the things I want to bring is leadership. But also those little things like get rebounds, get offensive rebounds."

Arkansas next hosts Little Rock in an exhibition on Sunday October 20.