The Razorbacks will be hosting the New Jersey Institute of Technology Friday at 2:00 p.m. 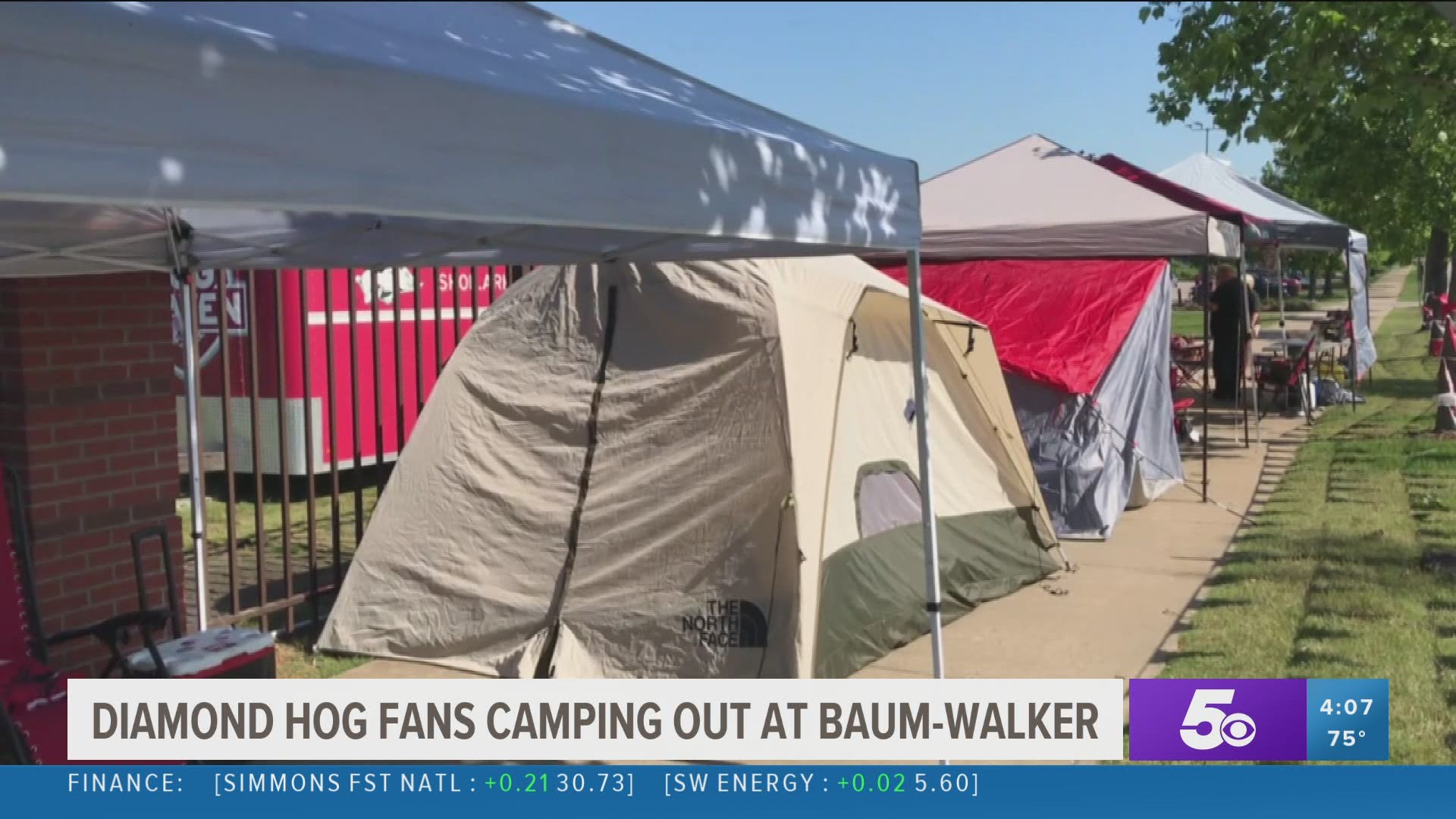 At Baum Walker Stadium, fans are getting ready for the big day. Not only are crews inside getting ready, but fans are already camped outside the stadium, hoping to snag good seats in the Hog Pen.

And even though they’re season ticket holders, super fans Dee and Rick Bawiec said that being one of the first in line is a must when it comes to the regional tournament.

“It’s a free for all, so you have to get in line and scan your ticket and go through metal detectors, and then you just take off running, and you get the best spot you can,” said Bawiec.

And to make sure they get that good spot in the stands, the Bawiecs, along with fans like Steve Stumboaugh, are camping out.

“We got here yesterday, and we will be here until the last pitch,” said Stumboaugh.

But Steve said they couldn’t leave their stuff up during the games. They have to pack up camp and set it all up again to wait in line thr next day. And although it’s a lot of work, he said it’s all worth it when you’re calling the Hogs.

“It gives you a sense of being a part of what’s going on and let’s the guys out there know that we got their backs,” said Stumboaugh.

And along with the team's back, these camped-out fans, after years of calling the Hogs, have each other’s backs as well.

The Razorbacks will be hosting the New Jersey Institute of Technology, Americas East champion, Friday at 2:00 p.m.