Big win over Ozark nets Bearcats Team of the Week 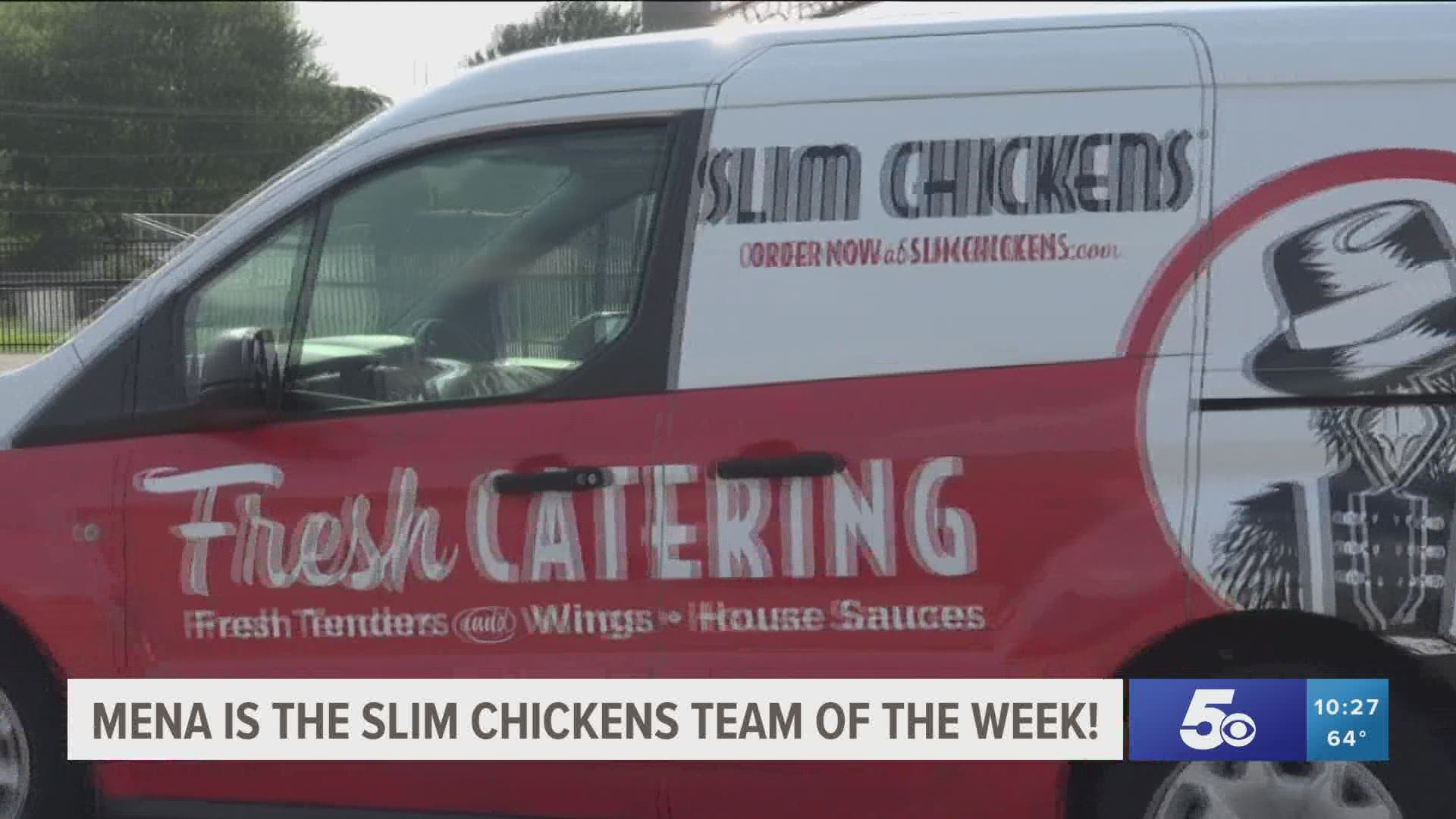 MENA, Ark. — This week, the Slim Chickens Team of the Week is headed south to Mena after the Bearcats huge win over Ozark, which put them alone atop the conference and exorcized some demons.

Any 4A-4 team with title aspirations knows they have to go through Ozark. But after the last two years, this was a game Mena circled a few extra times.

“They shut us out the last two years, so for us to get any points on the board, we were pretty excited,” says head coach Craig Bentley.

“We got our butts kicked two years in a row, so it was a grudge match, that was our Super Bowl,” admits senior Max Montgomery.

This time around, Mena scored some points. But it all came down to a huge 4th quarter drive, as Bentley explains.

“We go into that last drive and we put ourselves in some adverse situations, had a 4th and 9 and a 4th an 11, our senior quarterback Max Montgomery threw a dart to Mason Brotherton, another dart to Gavin Hooper, and Cauy House punched it in.”

House also had the game sealing interception, then the celebration could really start.

“I caught it knowing that if we go down and get a first down it’s over and we get to go into victory formation, and there’s no better feeling.”

“I felt like a little kid, I was hopping around,” adds Montgomery. “It didn’t sink in that we won until Saturday night. That’s my happiest football moment ever, taking that last knee.”

“We had a rough start to say the least, but that’s what so special about this team. We did not have our heads down whatsoever,” says Montgomery. House agrees.

“We just kind of flipped a switch and said it’s conference play now, we’re gonna step up and get rollin and we’re gonna do what we’re supposed to do.”

And what this Bearcat team is supposed to do isn’t just beat Ozark.

“Mena hasn’t been conference champs since my dad was a senior in 1996, so that’s something I’m looking forward to and hoping that we can do,” says House.

“Nothings guaranteed in football, we just gotta come out with that same effort, same teamwork, same drive all week at practice and carry it to Friday and we’ll be good,” adds Montgomery. “Take care of business and hopefully get a conference title.”

Dardanelle awaits Friday, but for now Mena is riding high, the lone team perfect in 4A-4 play and the Slim Chickens Team of the Week.