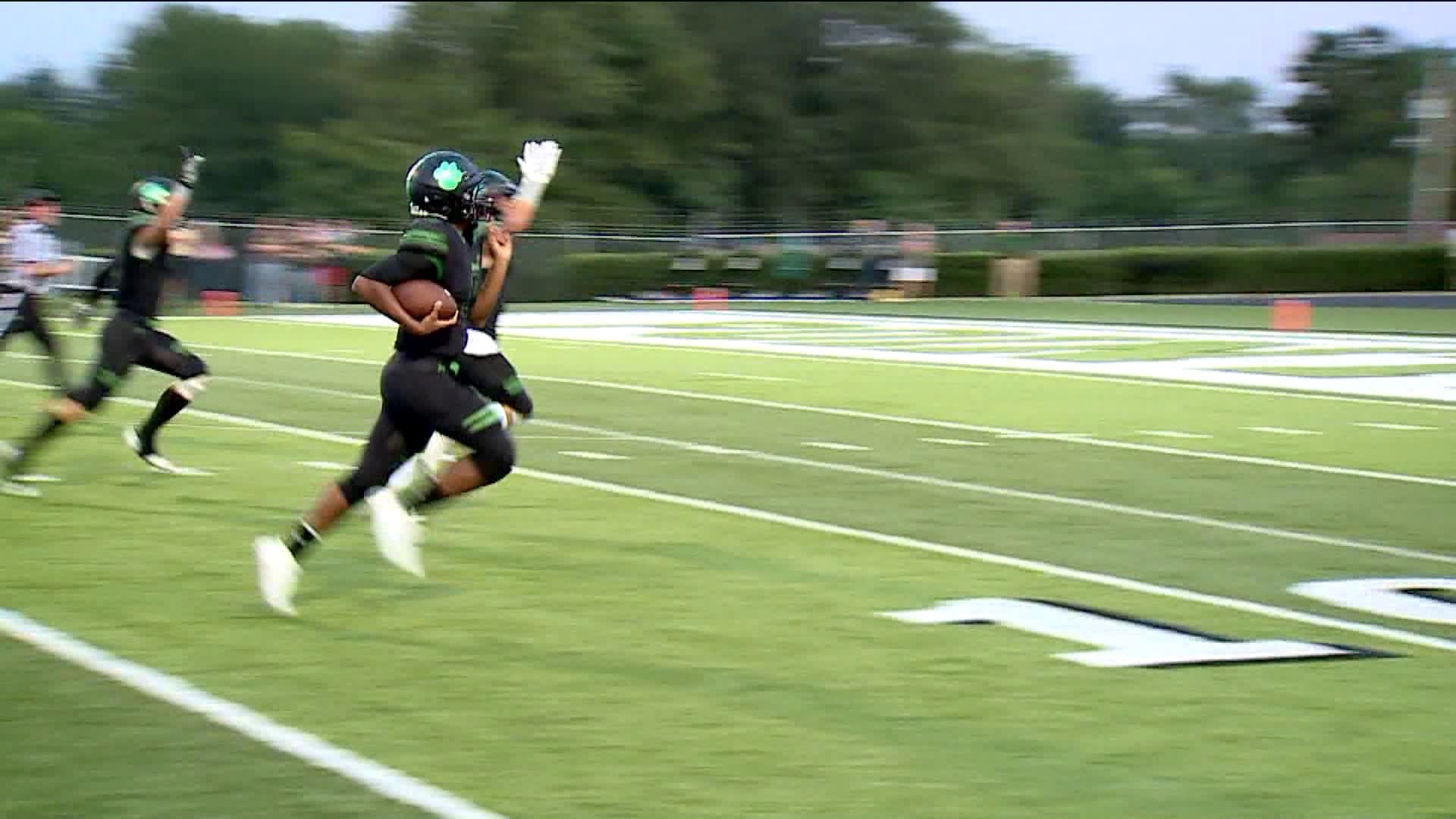 "They think we’re just Van Buren, the same team that won no games like three years ago."

"Inside here, in the locker room, we knew that we could play with these teams."

Now a huge upset over Bentonville West means the Pointers are the Slim Chicken’s Team of the Week.

"We knew we were capable of playing with big teams like that," says quarterback Gary Phillips. "It’s just going out there and actually doing it and when we actually all played together we did really good."

"It gives a lot of people hope that this program is on the come-up," adds junior Jaiden Henry.

It’s just the latest step in year one under head coach Crosby Tuck.

"He’s just been a big spark for us, a lot of success comes from him and the way he’s running things over here," says junior Douglas Giron.

"With the big group that left, since he did stay, it just showed confidence in us, so it made it easier for us to show confidence in him," adds Henry.

Tuck himself sees the bigger picture.

"Regardless of anything with me, I think just in terms of program success and being able to build off of this moving forward into the rest of this seasons and into Springdale and the playoffs."

And now, the Pointers are out to prove they’re more than a one-week wonder, says Tuck.

"It can’t be something that’s short lived, and then we go back and regress any, that’s kind of been our main talk, that we use this to kind of springboard us forward."

That starts in Van Buren's final game of the regular season, this Friday against Springdale.