Greenwood girls not giving up on season yet 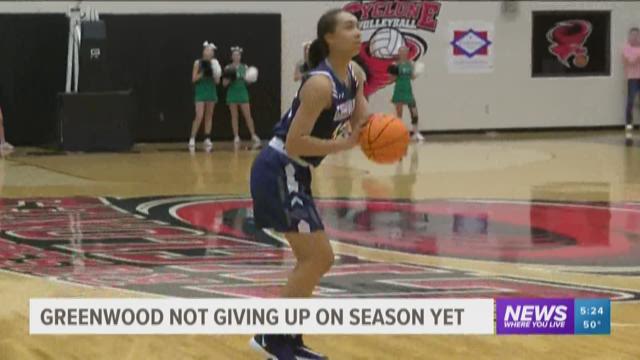 GREENWOOD, Ark. — It's a possibility that by now, the Greenwood girls basketball could've been the new 5A state champions.

Instead, they're left wondering if their chance is completely over.

"We were shocked and disappointed," Greenwood coach Clay Reeves explained. "I hate it right now for our team and our seniors, but there's still hope."

After the Bulldogs were knocked out of the state tournament in the semifinal round last year, many players believed this season was their chance to be crowned championships.

Now, the team is still processing the letdown, but trying to stay optimistic that a title could still be possible.

"We've been working all offseason, we've been working all season for this moment right here," Greenwood senior guard Jaelin Glass emphasized. "It's not necessarily taken from us, they said it's postponed, so there's still a possibility that we could still play it. It was just very disappointing."

Greenwood will now wait with the rest of the state for a final decision from the Arkansas Activities Association on whether the state title games will be played at all or completely canceled.