With people going back out to bars and restaurants the focus shifts to enforcing state directives. 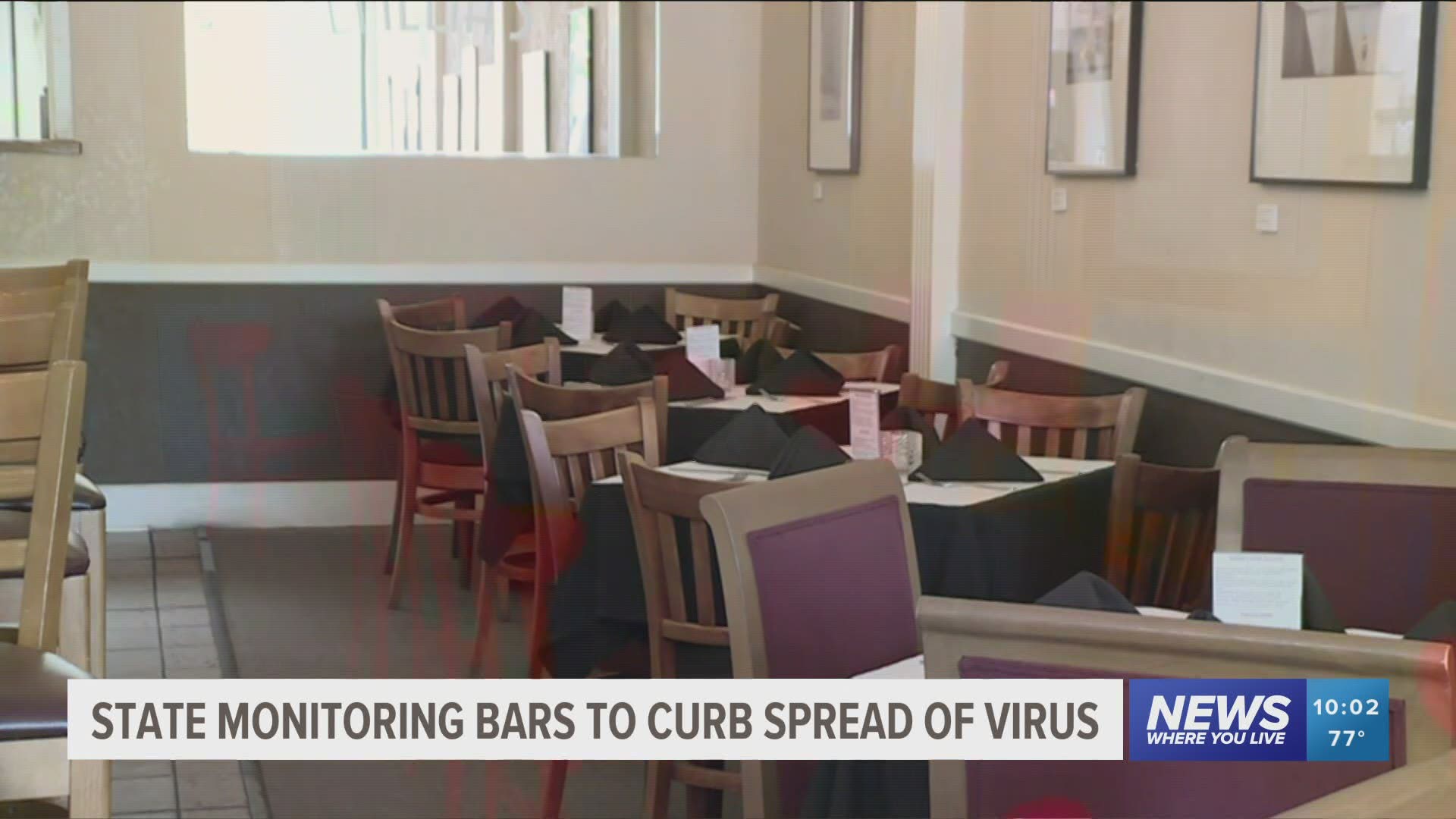 FAYETTEVILLE, Ark. — With people going back out to bars and restaurants the focus shifts to enforcing state directives.

People were lining up to go to bars and sit down at restaurants last night (June 27) on Dickson St. in Fayetteville.

The Governor says soon businesses could be reported by ABC for not following state directives.

“It’ll be interesting to see, are bars across the state complying in full?” said Scott Hardin, Spokesperson for ABC Board.

This week Governor Hutchinson was asked about potentially rolling back reopening phases as the number of cases begin to spike. He said he'll consider it if he sees a direct relationship between reopenings and new cases.

Hutchinson did announce that he will direct alcohol beverage control agents to monitor bars and restaurants. If they notice a business not complying with social distancing or enforcing masks, then ADH will be notified.

“We have a team of agents ready to go throughout the state.” said Scott Hardin.

“I really don’t see a problem with them reporting stuff like that I think it’s good to have some kind of accountability.” said Rodrigo Garcia

Restaurants must seat people 6 feet from other tables and people must wear their mask until their food or drink arrives.

“In fact we just went to wasabi and we got denied entrance because some of our guys did not have masks.” said Garcia

The City of Fayetteville approved an ordinance requiring people to wear masks while out in public, when going to businesses.

One man from Little Rock where they have a similar rule says Fayetteville isn't as strict.

“Not here not here... in Little Rock yes but not here.” said SeJames Humphrey.

The spokesperson for ABC Scott Hardin says business could get fined for not following directives.

“If there is a bar that is totally disregarding the health guidelines it could result in serious violations.” Hardin.