As Super Tuesday nears, Democratic presidential candidate Amy Klobuchar held a rally in Maumelle to reach out to Arkansas voters. 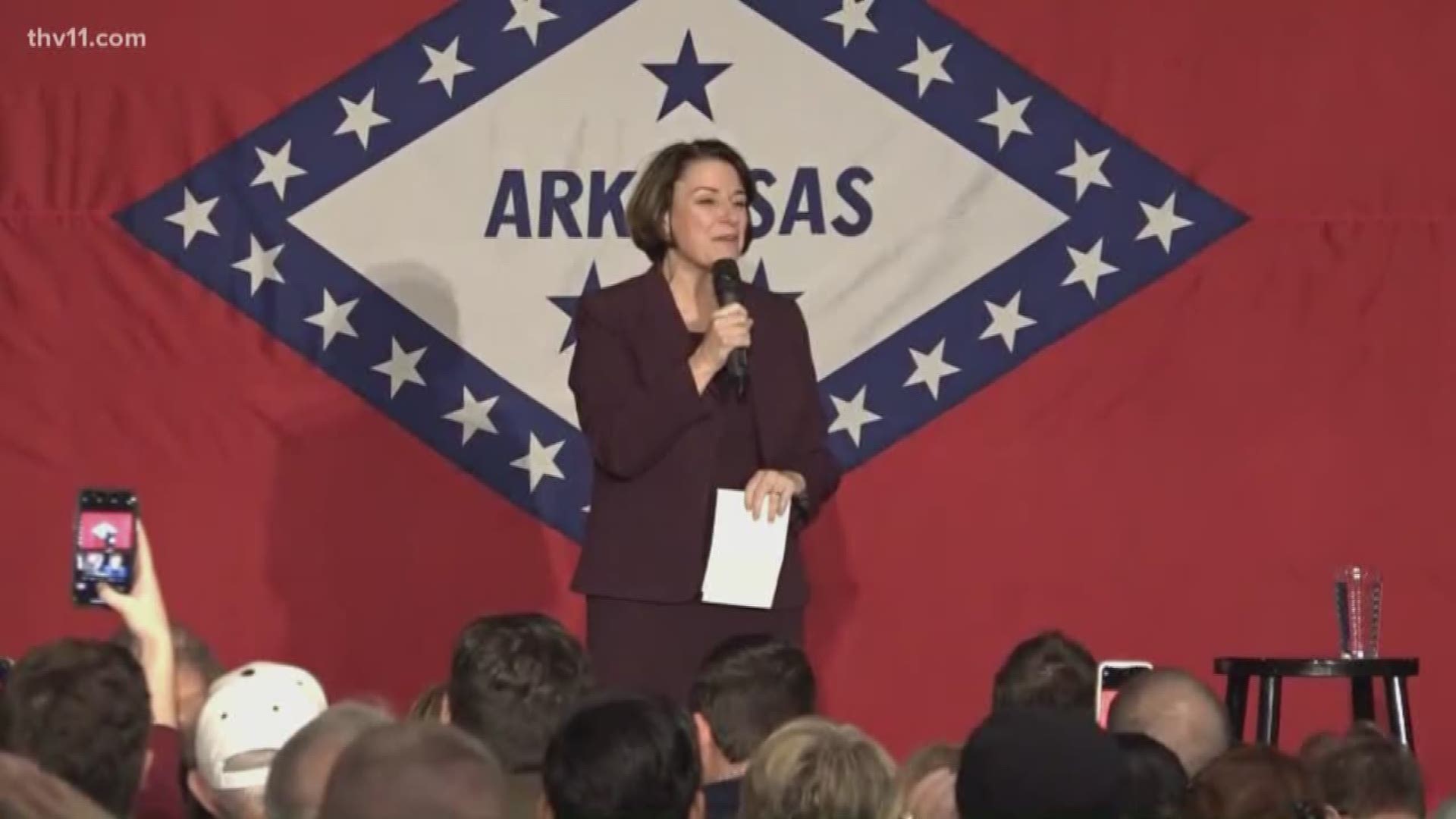 MAUMELLE, Ark. — The first woman elected to the United States Senate from the state of Minnesota and candidate for President of the U.S. Amy Klobuchar held a rally in North Little Rock, Ark on Sunday afternoon.

With Super Tuesday being right around the corner, Klobuchar returned to the Natural State for the second time and asked the state of Arkansas to bring friends and family to hear about her policies.

Klobuchar, who finished sixth in the Nevada Democratic caucus, is looking to southern states to gain headway in the presidential election.

She spoke about her proposals about health care, education and climate change.

Klobuchar said she will get America back in the international climate agreement and put more resources back into the Affordable Care Act.

After the rally, she spoke to reporters about her chances of winning.

"Courage is standing, is whether or not you're willing to stand next to someone you don't always agree with for the betterment of this country," she said.

When asked about her standing in the primaries, Klobuchar said she still has the third highest numbers votes and said former President Bill Clinton was in a similar situation when he first ran for president.

RELATED: Warren stands up for Klobuchar as Buttigieg attacks her failure to name Mexican president