'Murder hornets' unlikely to show up in Arkansas anytime soon 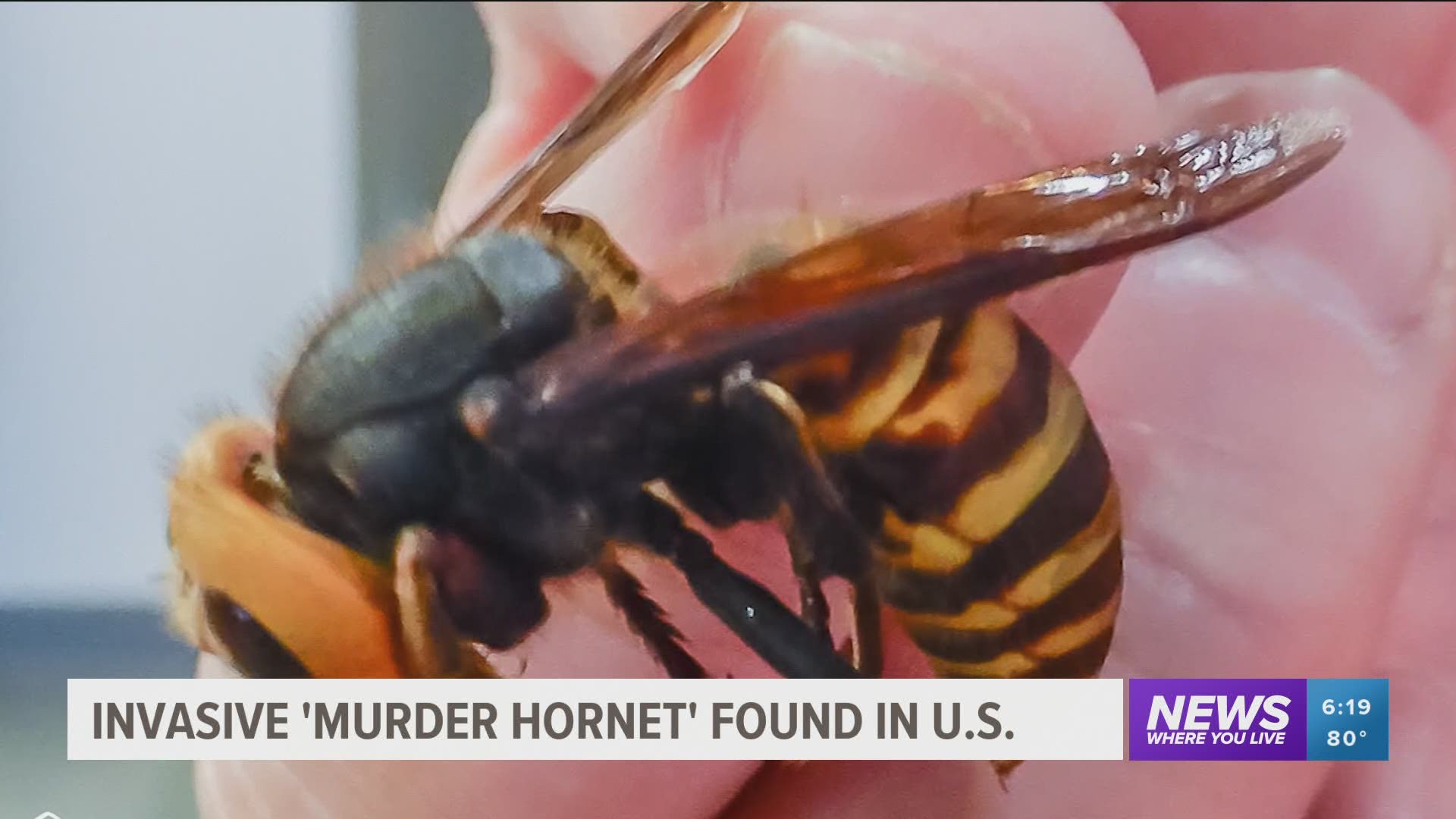 FAYETTEVILLE, Ark. — Experts say there is no proof that the murder hornet is anyone in the U.S. other than Washington and it’s very unlikely the hornet will make its way to Arkansas anytime soon.

There is another bug that does look very similar to the murder hornet that people may be confusing it with.

“First of all that is a bad name for it, but someone made the name up and it scares you,” said University of Arkansas Professor of Entomology Don Steinkraus.

Steinkraus says it’s actually the giant Asian hornet and comes from Japan, China and Southeast Asia. He says it somehow made its way to Washington state and British Columbia.

“There have not been a lot of them seen. It’s the biggest hornet in the world, so it’s about two inches long…very big, very potent, very tough little creature,” he said.

The European hornet is a little smaller and they nest in trees. He says at this point the average Arkansans risk from the ‘murder hornet’ is zero.

“It might be years before they ever make their way here and that’s a prediction," Steinkraus said. "I would guess 10 years if I was guessing, but that’s just a guess. My guess is if they made it here one or two people a year might be infected by them."

Patrick Edwards is a beekeeper in Garfield and has about 100 hives. He says these hornets will impact the honey bee colonies because those colonies provide a lot of food for the hornets to eat and feed their young.

“One Asian hornet could probably eat several hundred honeybees in a days’ time, but with an established hive you can have 80,000 bees, so losing 100 bees at a time is really not that devastating unless you’re that bee,” Edwards said.

The University of Arkansas says if you see what you think could possibly be a murder hornet, to take a picture of it or put it in a jar if it’s dead because they can correctly identify what it actually is.