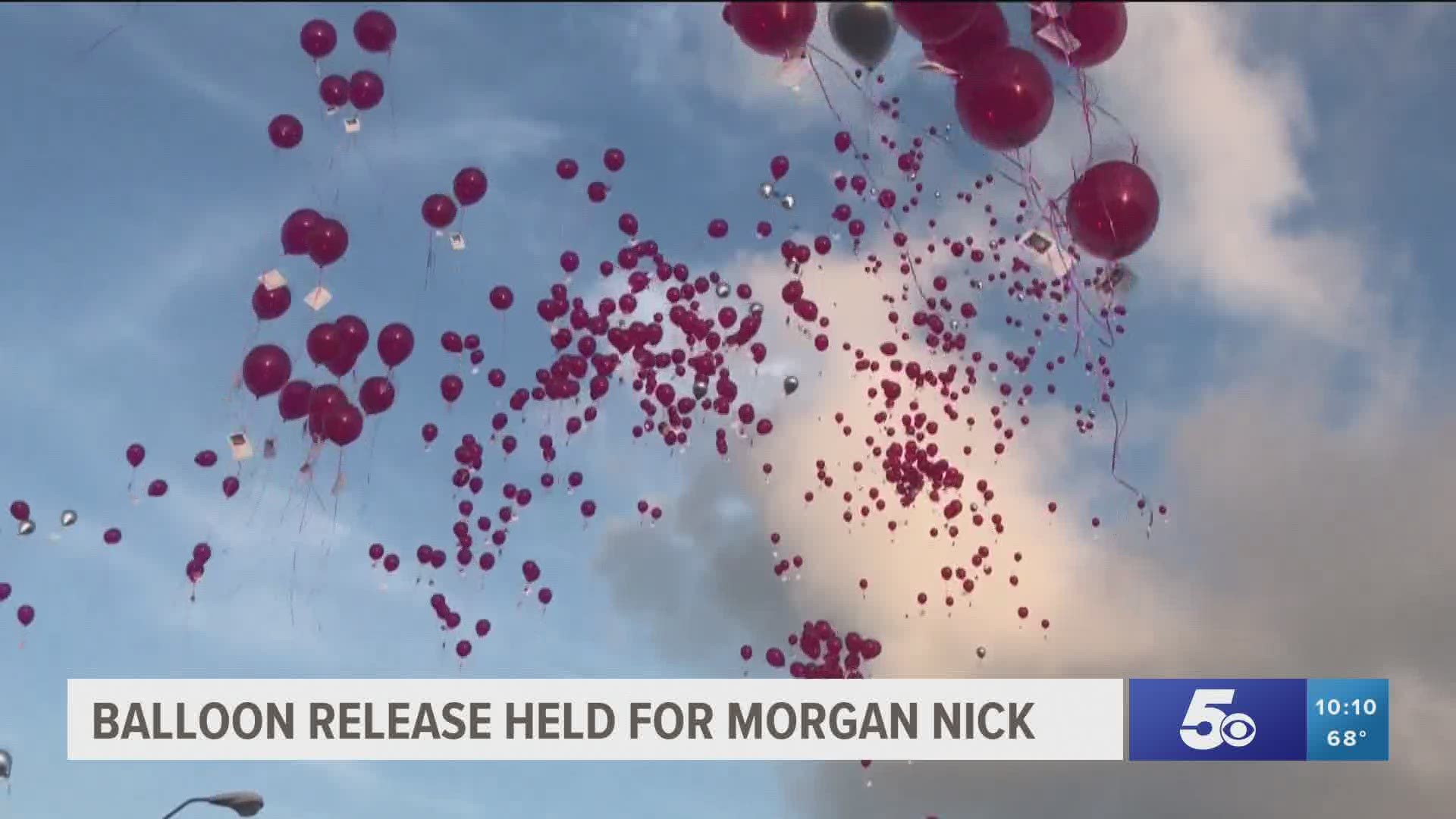 ALMA, Ark. — Morgan Nick went missing 25 years ago. She and her mother colleen were at a Little League Baseball game when Morgan ran off to play with her friends. This would be the last time she was seen.

“I didn’t think we’d be here one day after she was missing let alone 25 years later.” Colleen Nick, mother of Morgan and Founder & CEO of Morgan Nick Foundation.

On June 9th, 25 years ago, little Morgan Nick went missing. She was only 6 years old.

It has been a story that is well known in Alma and the River Valley. A quarter of a century later, her family is still fighting for her return.

“For us, when we release the balloons it’s a visible sign of our hope for Morgan in our fight for Morgan to bring her back home,” said Nick.

Last night, the community of Alma came to First Baptist Church off of Mountain Grove Road to take part in the release of 900 balloons.

Each Balloon has Morgan's age progression, the story of when she went missing, and a small message from her family to her in case she finds it.

Colleen Nick says they release balloons every year. Some have travelled as far as Indiana, Georgia, and Alabama.

“People have taken this to their local media in those media outlets have run her story,” said Nick.

The Morgan Nick Foundation has grown over the years. They started by helping a few dozen families each year find their missing loved ones. Today they have helped over 1,000 families since October.

“From just a few people trying to hand out flyers when somebody went missing to now they help people all over the United States,” said Linn Smith, organizer of the balloon ceremony.

Law enforcement from the local, state, and federal level was in attendance, along with Governor Asa Hutchinson.

Colleen Nick says it takes a strong community to maintain faith in finding loved ones who have been gone for so long.

A small clip of a documentary about Morgan Nick was played for the audience there tonight. Colleen Nick says the documentary will be released later this year.