UPDATE: 21-year-old Johnathan Massey has been charged with two counts of First-Degree Murder after two bodies were found outside of a suspicious house fire in S... 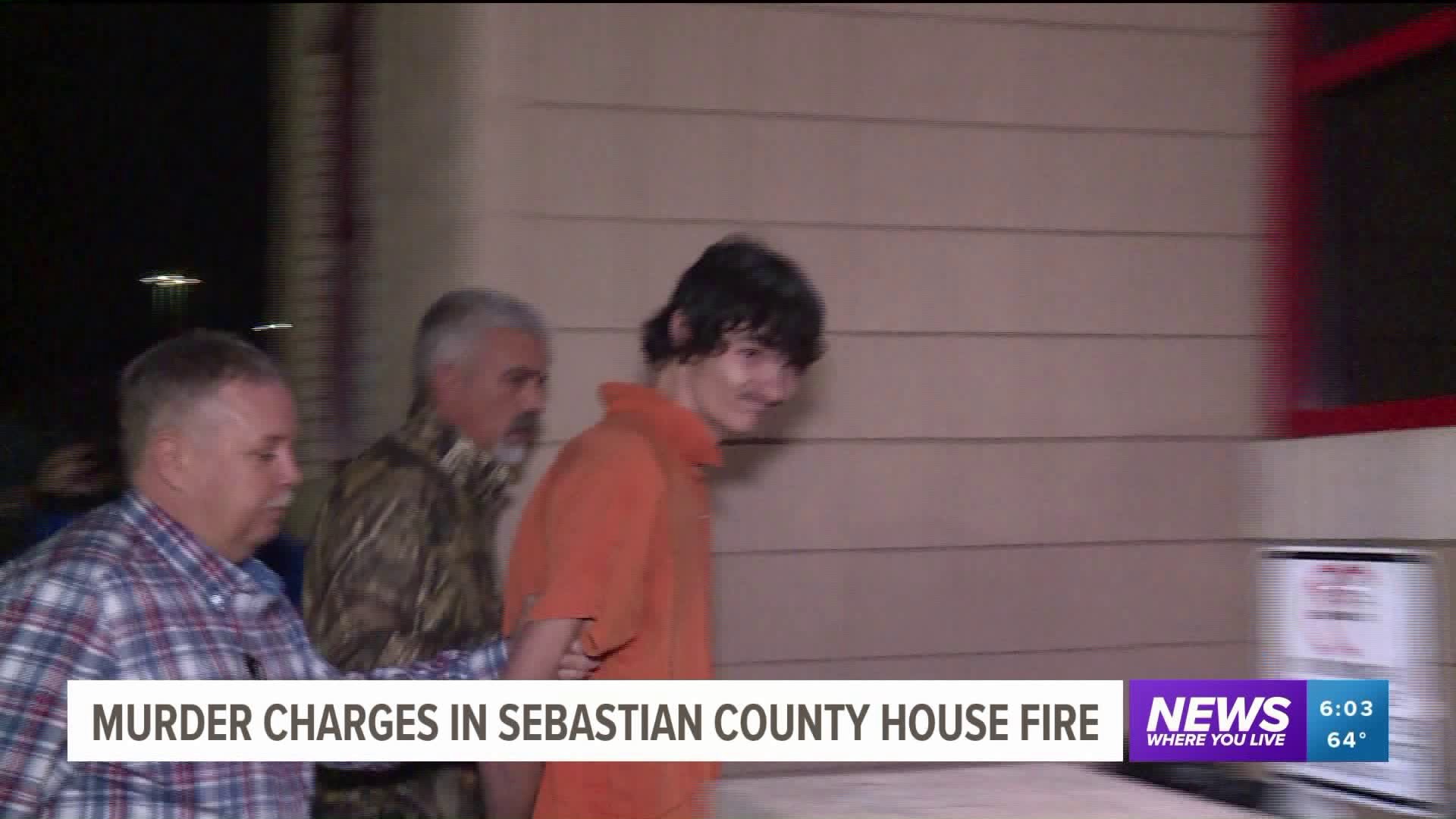 UPDATE: 21-year-old Johnathan Massey has been charged with two counts of First-Degree Murder after two bodies were found outside of a suspicious house fire in Sebastian County. The two people have been identified as Carroll Wayne Elmore and Sharon Diane Bernard.

Along with the murder charges, Massey has also been charged with Aggravated Armed Robbery, Arson and Theft of Property.

On Wednesday Massey pled not guilty to the charges. His bond has been set at $750,000 cash only.

WITCHERVILLE, Ark. (KFSM) —Two people are dead and a 21-year-old man is in custody after a suspicious house fire in Witcherville.

The town is located about 10 minutes south of Greenwood.

According to Captain Phillip Pevehouse with the Sebastian County Sheriff's Office, a call came in around 2:30 p.m. Thursday (Jan. 30) about a house on fire around the 3700 block of Clark's Chapel Road.

Pevehouse told 5NEWS the bodies were found a few hundred yards outside of the house, which was fully engulfed in flames. He says they are unable to identify the bodies at this time, but they will be taken to the State Crime Lab in Little Rock.

Pevehouse says right now the deaths are being investigated as suspicious.

The sheriff's office put out a BOLO for a 2011 white Chevy truck with license plate 366 TDP that is supposed to be at the house shortly after arriving. Arkansas State Police were able to locate the truck in Booneville and found Johnathan Massey inside. Police say Massey had blood on his clothing.

Massey of Paris, Arkansas has been arrested in relation to this investigation.

Pevehouse says more charges against Massey are anticipated. He also says there's a possibility that more suspects will be identified and arrested.

The cause of the fire is still under investigation at this time.

Massey's family members and neighbors tell 5NEWS that Massey's grandfather lived in the home. Neighbors who grew up in the area say they remember Johnathan and that he became more isolated over the years.

“Seen em around town every now and then, he was always alone always had his head down always looked bad, he was just in a rough spot in his life,” said neighbor Brandon Fuller.