Seth Garner has helped people in the Northwest Arkansas community for over 20 years. Now, he's in Little Rock in the ICU on life support fighting COVID-19. 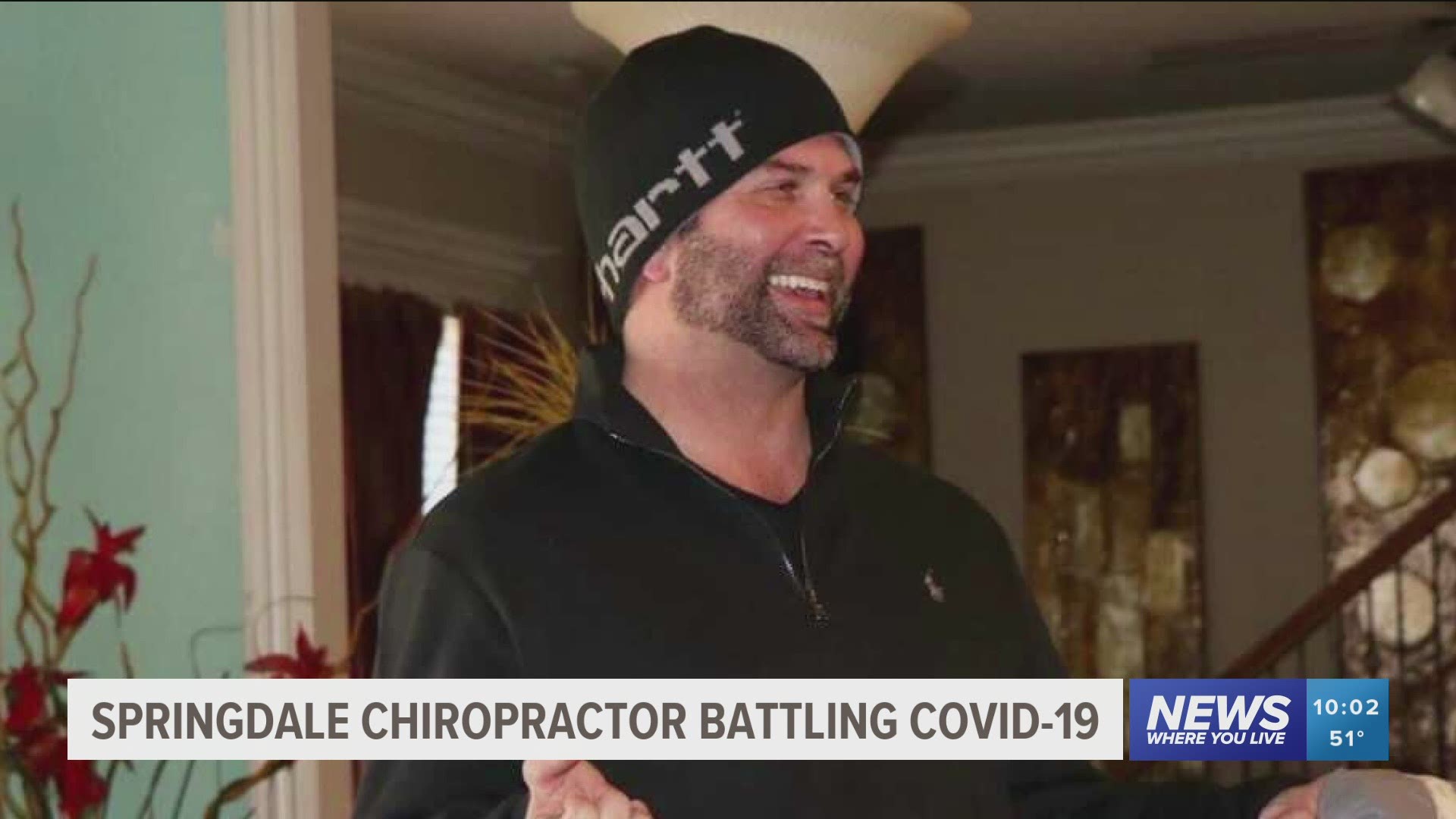 SPRINGDALE, Ark. — An Arkansas health professional is fighting for his life after catching COVID-19 in February. Seth Garner has been helping people in the Northwest Arkansas community for over 20 years. Now, he's in Little Rock in the ICU on life support, struggling to breathe.

Garner is both a nurse practitioner and a chiropractor in Springdale, Ark.

He has been taking care of his patients through the COVID-19 pandemic.

Two days after he tested positive for the virus, he was admitted to the hospital and placed in ICU after developing COVID pneumonia.

Garner was placed on a ventilator on his third day in the ICU to help support his lungs and allow his body to rest from fighting the virus.

The next day he qualified for possible treatment using an extracorporeal membrane oxygenation (ECMO) machine. The machine replicates the lungs' job by pumping blood outside the body to a heart-lung machine that removes carbon dioxide and sends oxygen-filled blood back to tissues in the body.

On Wednesday, Feb. 24, Garner was life-flighted to a Little Rock facility with an ECMO machine available.

Garner will remain on a ventilator in the ICU until he can be placed on the ECMO machine.

Doctors expect him to remain in the ICU for a while due to the severity of his pneumonia. Recovery could take months.

His sister in law Allison Lee says as of tonight, his lungs have improved, so doctors will be starting breathing treatments to prepare him to be taken off of the ventilator.

But Garner's fight doesn't stop there. Lee says his body suffered a lot of damage from the virus and from being on a ventilator for so long.

“It’s a very touchy situation him being on the ventilator, they want to reboost his brain and his lungs so they can work on their own but it’s very touch and go, we don’t know what’s going to happen,” Lee said.

A GoFundMe page has been set up to help support his wife and three children since his practice has temporarily shut down due to his illness. Donations will also help support medical costs and travel expenses for the family to visit him in Little Rock.