Mountainburg Woman Tasered While Watching Her House Burn; Police Chief Says It Was Necessary Use Of Force

MOUNTAINBURG (KFSM) — The Mountainburg police chief said he was forced to use his TASER on a woman as she watched her home burn to the ground. Charlotte A... 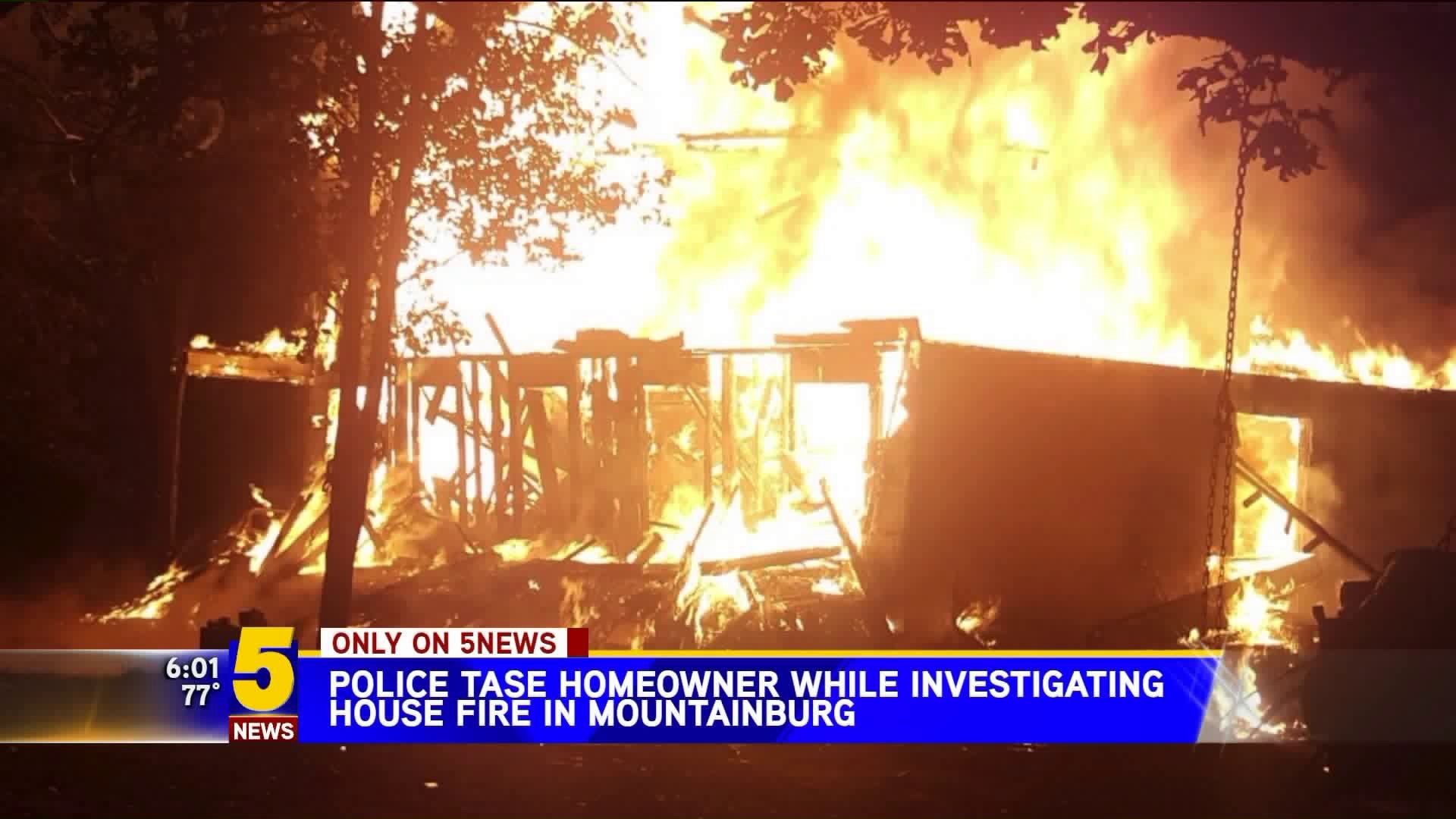 MOUNTAINBURG (KFSM) -- The Mountainburg police chief said he was forced to use his TASER on a woman as she watched her home burn to the ground.

Mountainburg Police Chief Vincent Clamser was called to the scene to help assist with the fire.  He says Adams became combative while they were investigating what happened.

"The Mountainburg Police Department responded to a house fire, a structure fire, that was out in the county. A deputy needed assistance because she was encountering resistance and disturbance from the family," Clamser said.

Adams's sister spoke with 5NEWS about the incident.

"Charlotte was sitting on the ground crying, and the woman cop said come here and let me talk to you. And, they were over there talking, and she said leave me the heck alone my house is on fire."

Adams's sister went on to explain what lead to her sister being tasered. "She went like that (throws her arm in the air) and stepped back, and that woman grabbed her arm and spun her around. And, the Mountainburg cop ran up there to help, and he tasered her, and they threw her on the ground."

"Arkansas law and our policy allow us to use non-lethal force to help in an arrest, and Ms. Adams was actively fighting with the deputy and not complying with our commands. So, I warned her we would use an electronic control device, a TASER," Clamser told 5NEWS.

Charlotte's boyfriend said their five pet chihuahuas were home during the time of the fire, and that they have found two, but are still looking for the other three.

Investigators are still trying to figure out the cause of the fire.