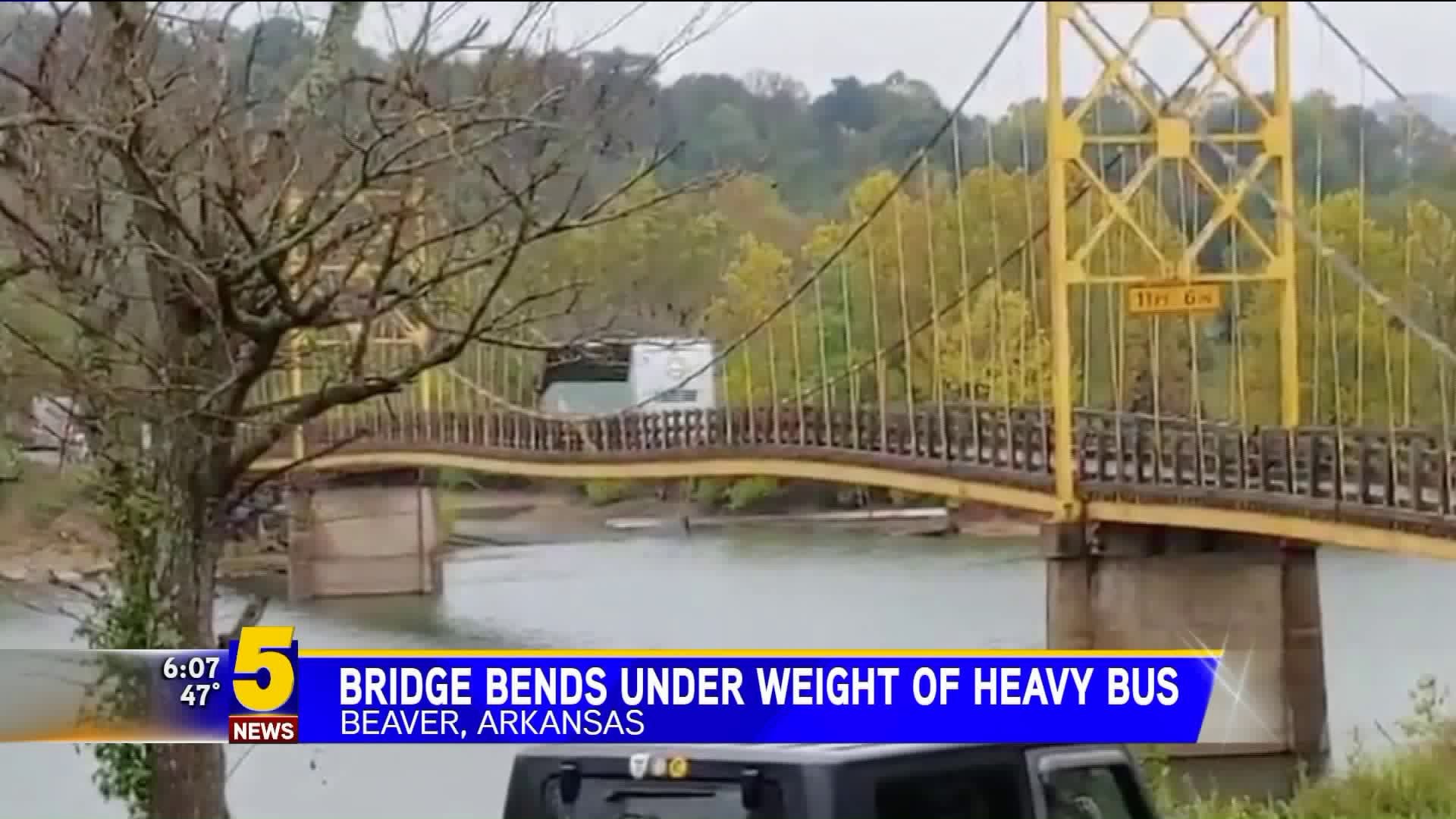 A viewer supplied 5NEWS with the video, which shows the 35-ton bus cross the one-lane bridge on Arkansas 187 while other cars honked at the driver. 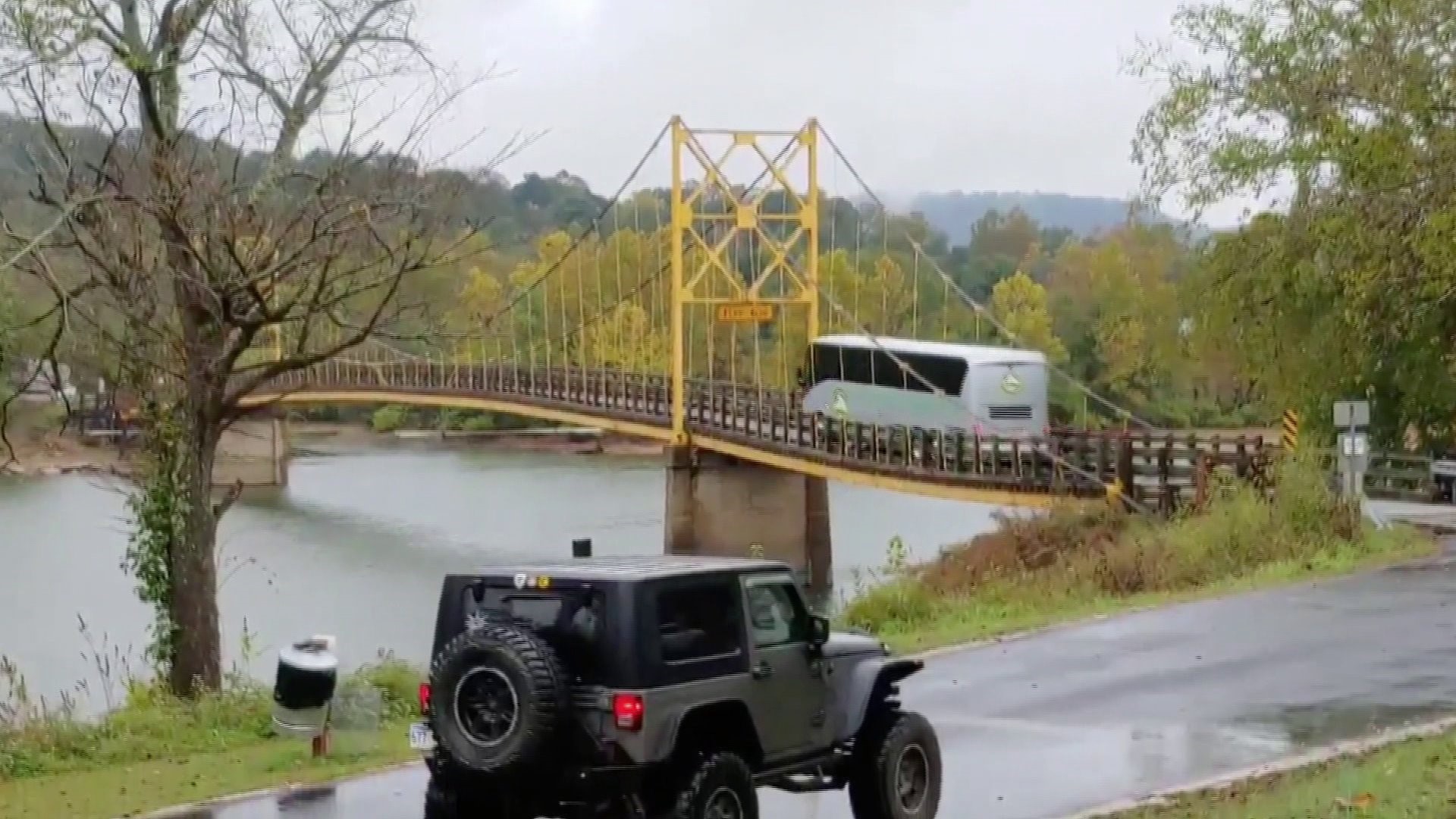 The bus made it across the bridge, causing the suspension to sag as it passed over. The bridge's maximum weight limit is 10 tons.

Crews were already checking the bridge this week during regular maintenance, and they found no apparent signs of damage during a preliminary inspection, according to Danny Straessle, spokesman for the Arkansas Department of Transportation.

Crews will be back out again Monday (Oct. 15) afternoon for a more thorough inspection, Straessle said.

Beaver Bridge, dubbed the Little Golden Gage Bridge of Arkansas, was built in 1949 in tandem with Table Rock Lake.

For years, the bridge served as a major transportation link for Beaver residents across the White River, according to the National Register Information System.

Beaver Bridge is the only suspension bridge open to traffic in Arkansas. It was added to the National Register of Historic Places in 1990.