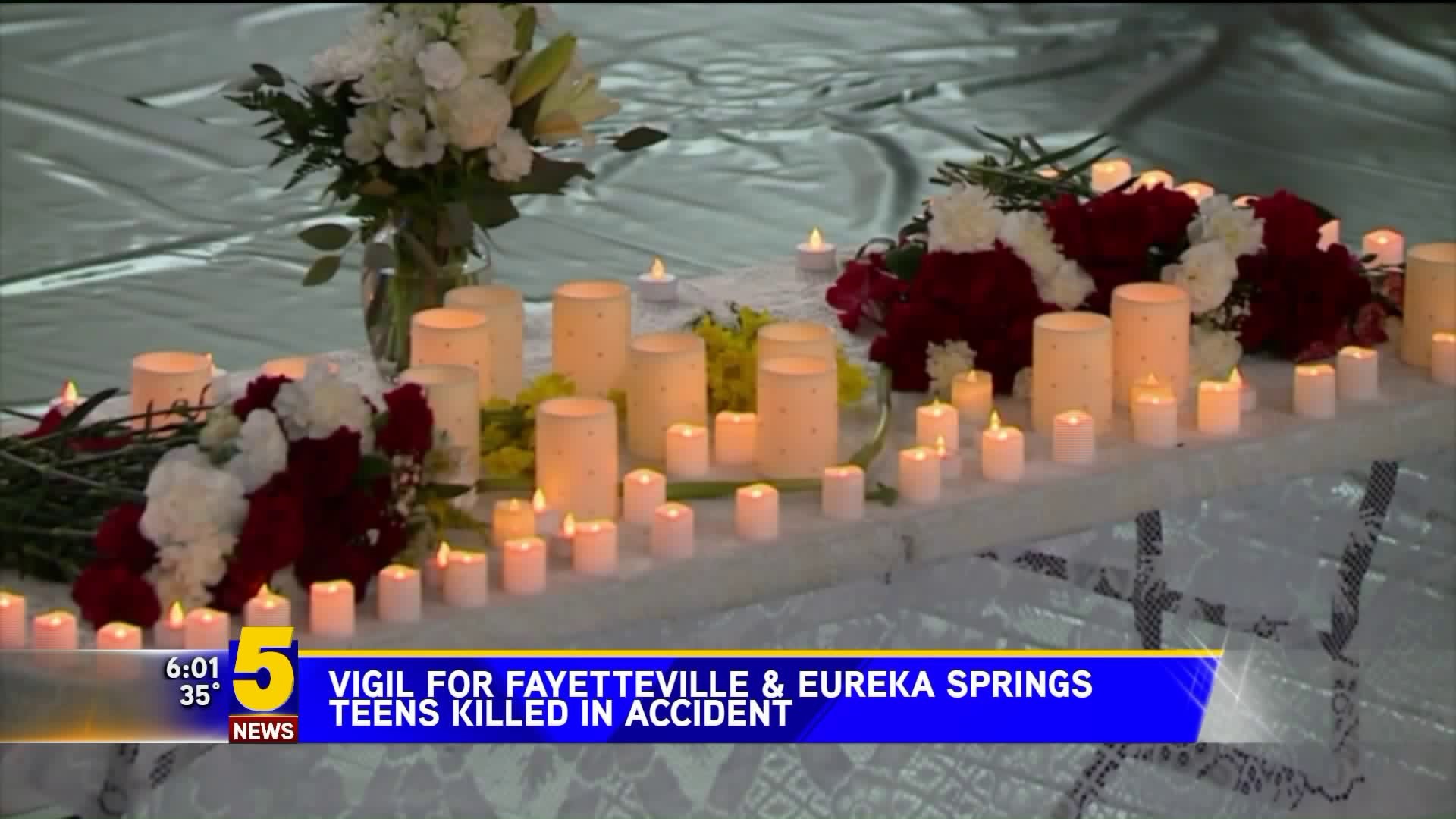 People packed into the Eureka Springs High School gym for the vigil at 4:50 p.m., which is the exact time of day the accident happened last week.

"In Eureka, everybody is like family, we lean on each other, we love each other and losing these boys is like losing a sibling," Student Madison Kennedy said.

Arkansas State Police said six kids were involved in the crash on County Road 219 right outside of Berryville Friday (Feb. 22).

The report says that the vehicle was driving too fast, lost control and ran off of the road, hitting several trees before coming to a final stop.

Kennedy, a Eureka Springs High School junior, said she saw how this tragic accident affected so many of her classmates, so she decided to take matters into her own hands by putting the vigil together.

"Once I saw how the students reacted to their friends, I wanted to try and help them and help the parents I could. By Monday I had already done my grieving as much as I could so it was a little easier for me," Kennedy said.

Pastors spoke, students sand and a slideshow of the two boys played for everyone who loved them.

Eureka Springs High School Principal David Gilmore says Buddy and Kyle were exceptional kids and one of his fondest memories of them is their love for basketball.

"They loved the game of basketball. Every time they had a free minute, they were playing basketball. Matter of fact you would have to run them out of the building sometimes when it was time to go home at night because they wanted to stick around and play," Gilmore said.  "And I think sometimes they would hide in the building and stay in and play just because they loved it that much."

Both schools have had grief counselors available for students who may be having a hard time processing this tragedy.