The University of Arkansas on Monday night unveiled a new logo that will serve as the secondary symbol for the Razorbacks. The secondary logo features a forward... 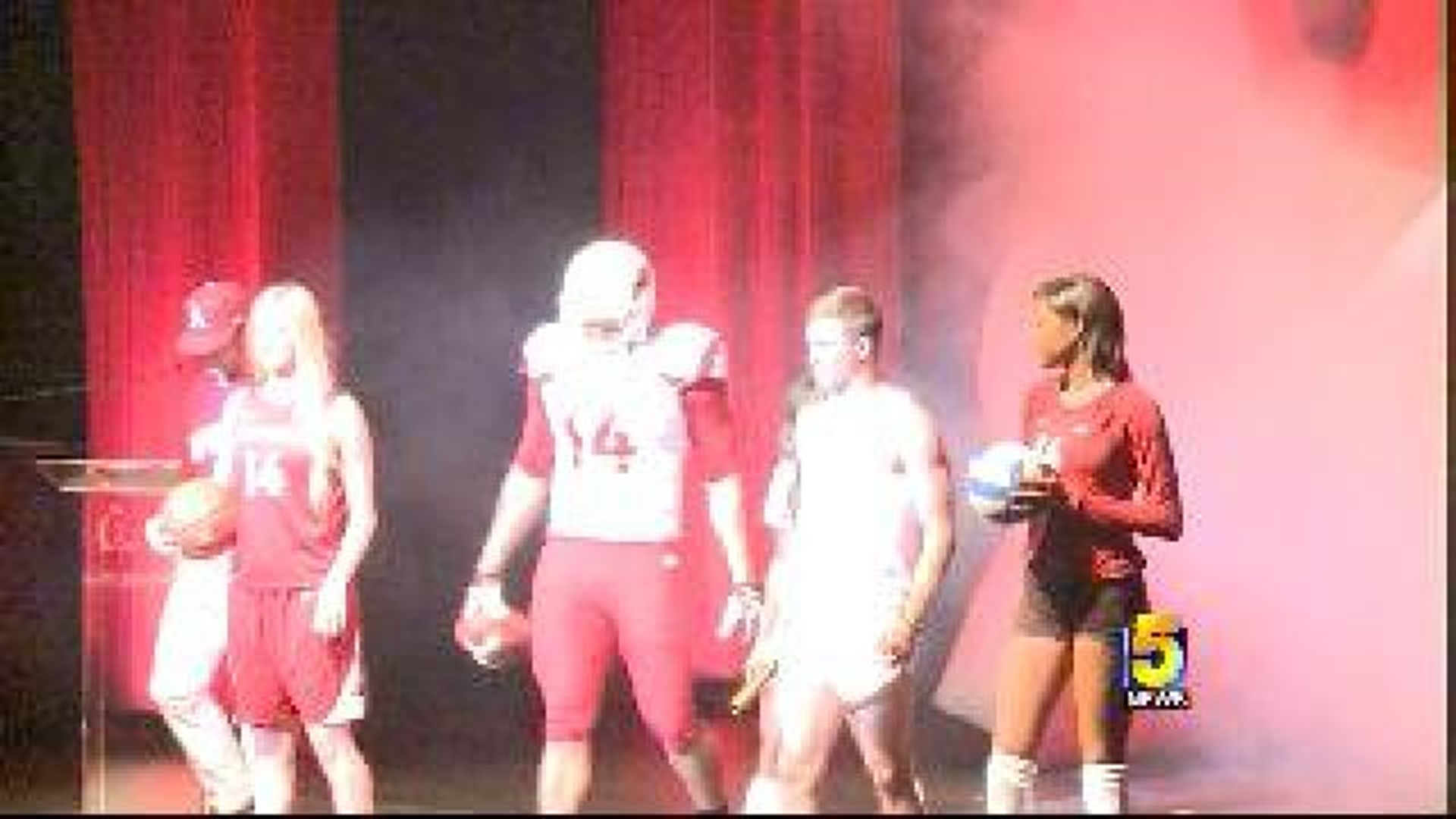 The University of Arkansas on Monday night unveiled a new logo that will serve as the secondary symbol for the Razorbacks.

The secondary logo features a forward facing Razorback, rather than the traditional side-view logo. School officials said they will keep their original logo, but the new logo will be used on some uniforms and on UA athletics merchandise.

"We were really excited to partner with Nike to develop a complementary mark that can help us keep our traditions, but move us forward as far as giving a contemporary option for fans to wear on their apparel," said Candace Stimmel, director of trademark licensing. "We also think that it's a great vertical option. Our running hog is very much a horizontal logo, so this new mark is a good vertical option."

The logo and the new branding for the jerseys are the result of a two-year collaboration between the university and Nike.

"I think it's really cool, and I think the newer fans will really like it," said Alice Havner. "I also think the more traditional older fans will like it."

"I am excited to see how the new logo is going to show up on all of the different sports team's uniforms," said Adam Kent. "It should be fun to see how it goes."

"We are not very loud and flashy," Stimmel said. "We are just all about that straight forward style of play, and just keeping things really crisp and clean and traditional."

"I think it's something new to the program and will bring excitement," said Hunter Henry, tight end for the Razorbacks football team. "It's going to bring excitement for the players to for the new year."

Some of the merchandise with the new logo will be available for fans to buy as early as Monday night on some of the university's online stores. All retailers who currently carry Razorback gear should receive the new merchandise by early May.

The UA unveiled the rebranding efforts at the Hogspy Awards, recognizes the best in athletics, academics, leadership and community service at the university.

Female Team of the Tear: Soccer