Early morning snow is causing some traffic slowdowns across the area. 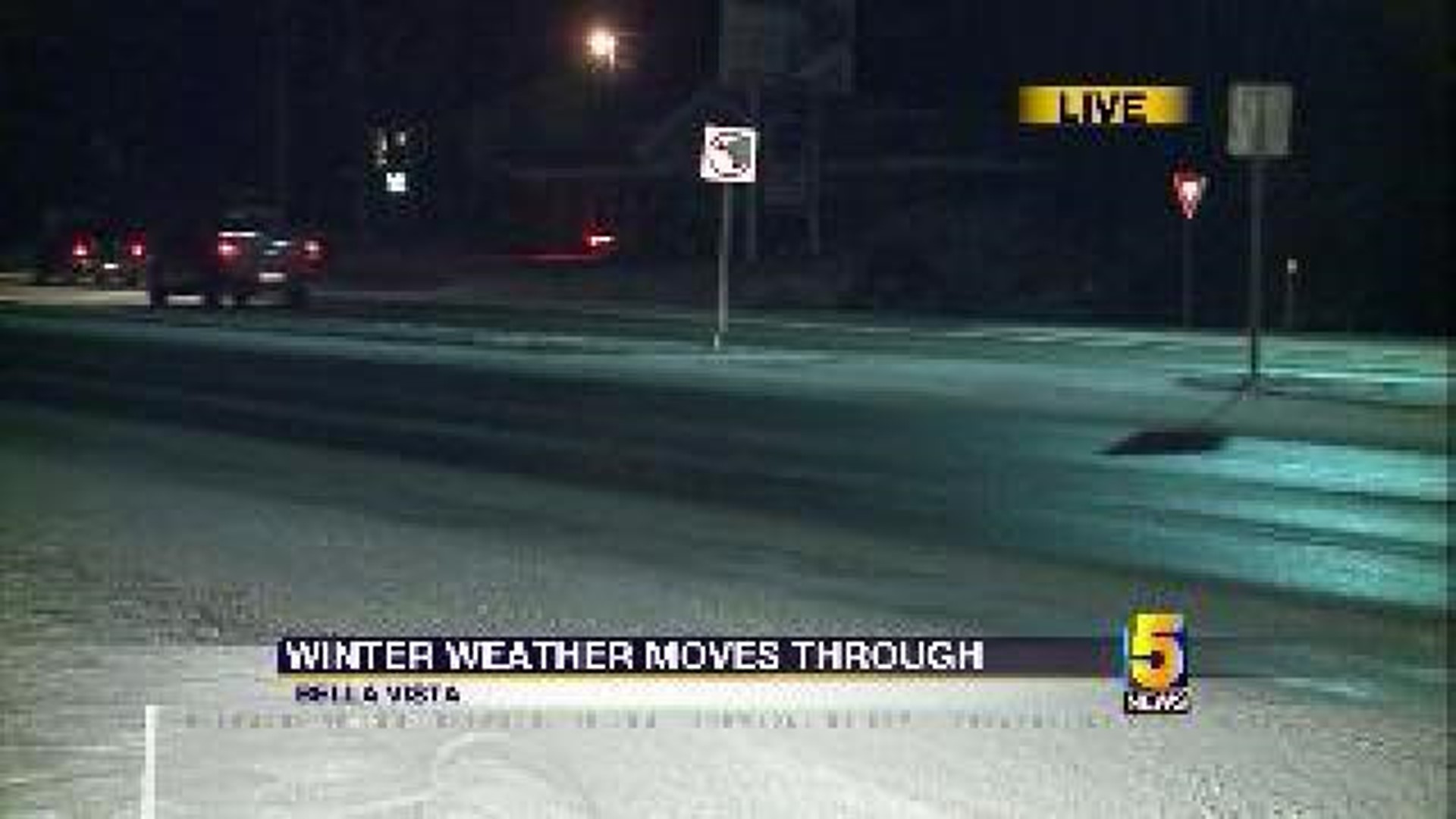 Weather Alert: A light dusting of snow may cause some minor slick conditions in parts of Northwest Arkansas.  No accumulation is expected, but Benton County Sheriff's deputies did report some slick areas on roads early Thursday morning.  Arkansas State Police dispatchers said they did not have any reports of slick spots on highways and interstates.

Gentry: ASP are responding 2-car accident on SH12 outside of Gentry, blocking the westbound lane. No injuries reported.